Hi friends, I’m still alive! I’ve had such a crazy three weeks that I haven’t had the chance to sit down with my laptop until TODAY. In summary, I went to Rotterdam and had the most fabulous time.. and then my entire suitcase, including my passport, was stolen from a train. Because of that, I nearly missed my trip to Toronto – and did I tell you my Canadian visa application was REJECTED? – the following week. Remember that post I wrote about the most interesting person I met while travelling? It was an entry to a little competition and I won it!. But I made it. Barely. And it was AMAZING. Now I’m back and trying to adjust to London life again..
OK let’s start from the beginning. Three weeks ago, I left work early and boarded a flight to Rotterdam to attend TBU Europe, a relatively new travel blogging conference that takes place twice a year (the last one was in Porto. PORTO!!! I love that place. Can’t believe I missed THAT, but anyway..). I was really excited! It was to be my first conference. Of any kind. EVER. I booked myself a really nice place just across the conference venue, that I found on Airbnb. 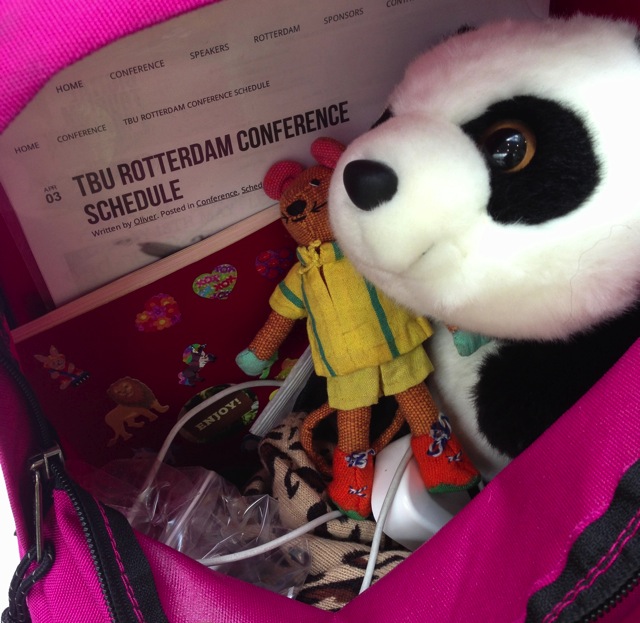 ^In my backpack: conference schedule, spare cardigan, iPhone charger (we all know just how shit the iPhone battery life is), Goliath the mouse, and Panda. 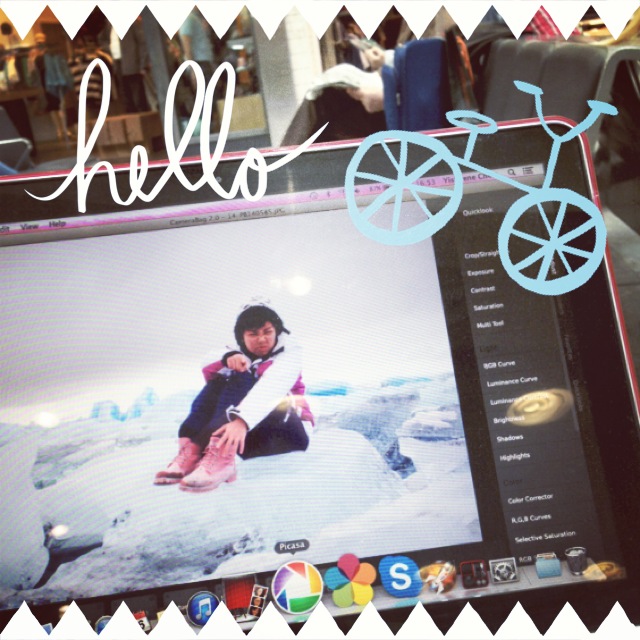 ^I tried to get some ‘work’ done while waiting at Heathrow Airport. Was editing some more pics from Iceland <– this just NEVER ends. 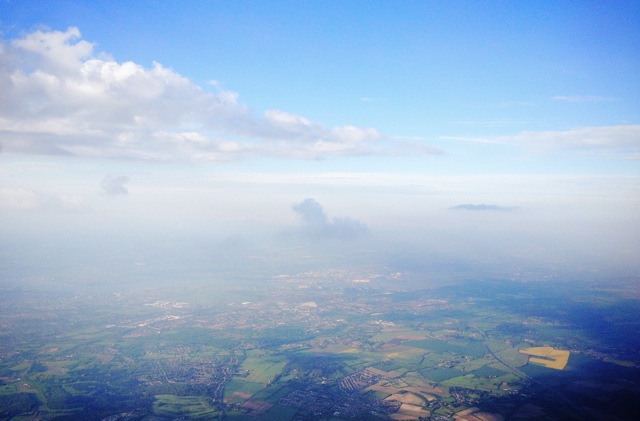 ^It was BEAUTIFUL in London as I left it. Clear blue skies.

^A Vine video that I made whilst on the plane.  Click to play.
(Follow me on Vine! the name is SMALLCRAZY). 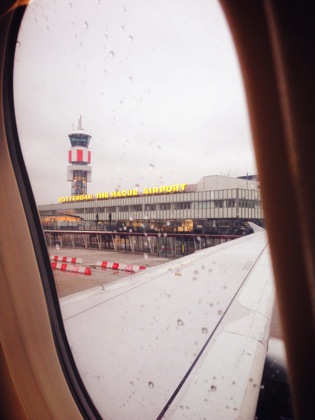 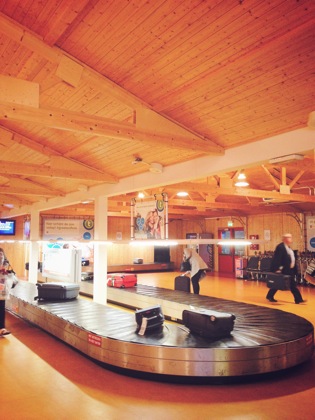 And then.. I arrived in Rotterdam. GREY AND RAINY.

But look at their luggage reclaim area! I found it so amusingly cute. It was so woody that it even smelt it.

A bus from Rotterdam Airport to Centraal cost me €3 (and the ticket is valid on public transport for one hour). By the time I arrived at the apartment late that night, I was looking rather like a wet and tired rat. My host, Jan, was super.. and so was my little top floor studio. 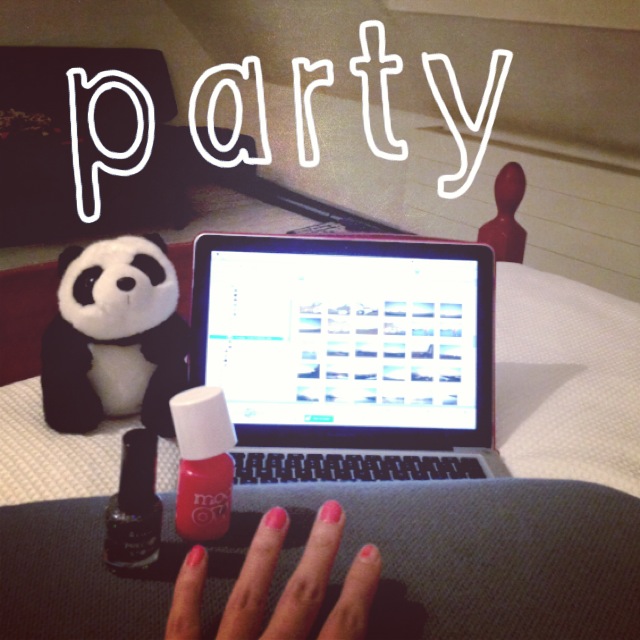 ^Planted myself on the bed and began painting my nails in between blogging.. totally havin a party. 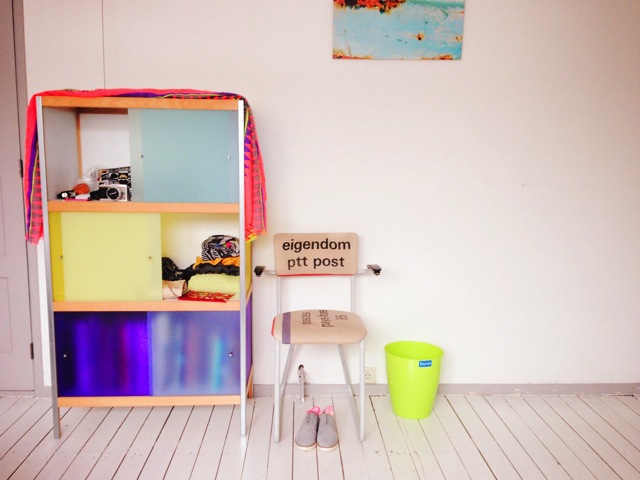 It was so much fun unpacking and placing all my stuff around the room the next day!

I missed the morning opening remarks and keynote talks at the conference. I was just SO TIRED.

TBU Rotterdam took place at The Mainport Hotel, a brand new (literally it opened ONE DAY before the conference began) five-star design hotel located in Leuvehaven, near the water. A lot of the attendees stayed there out of convenience.. but sadly it was out of my price range.

I WISHED I could’ve stayed there though, because it looked super cool and I heard that some rooms contained your own little jacuzzi and SAUNA. 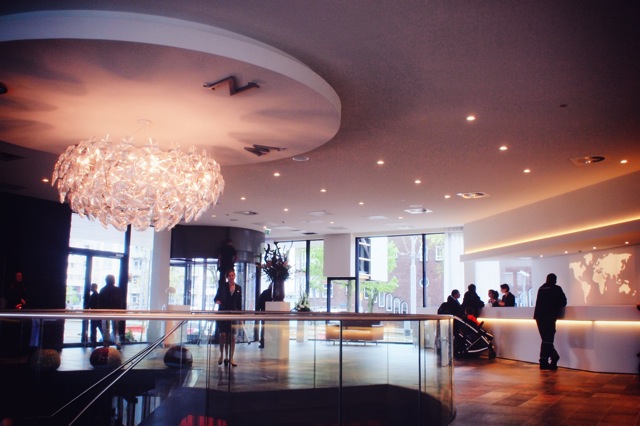 ^Awesome chandelier lights hanging off what seems to be a giant upside-down compass. Without arrows. 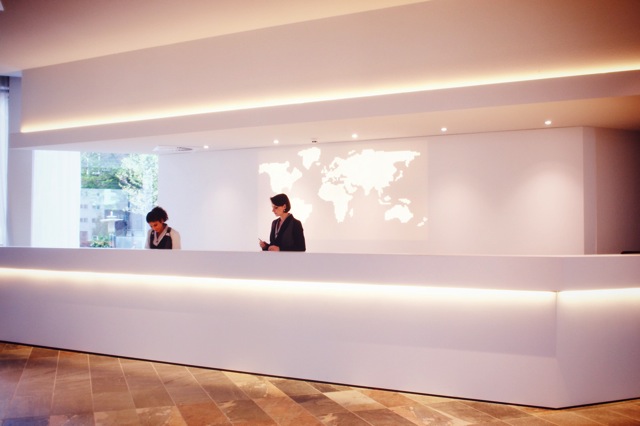 ^The long white reception desk looked like something out of a sci-fi movie. 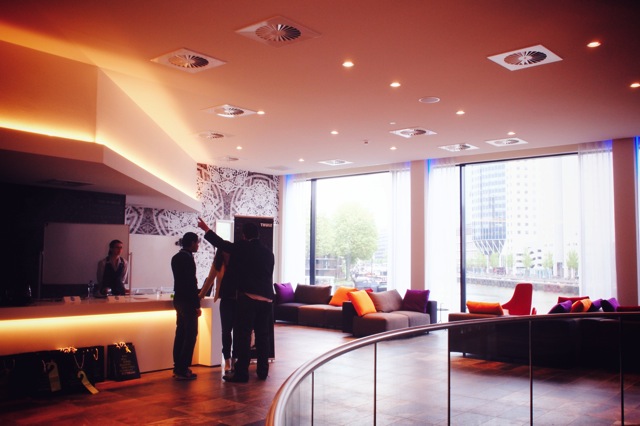 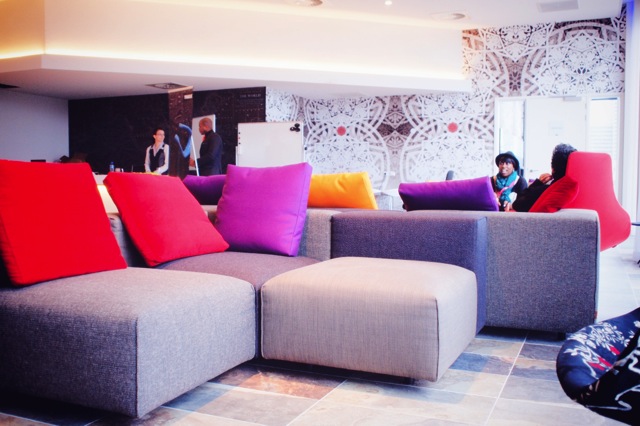 ^I hung out here a lot.. mostly to use the free wifi. And to pretend that I was really busy. 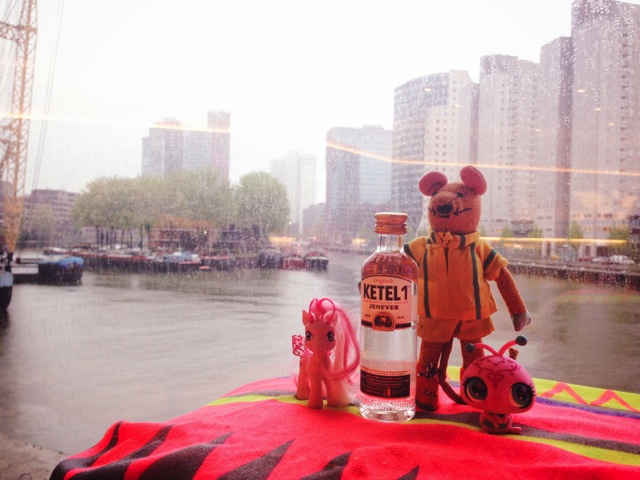 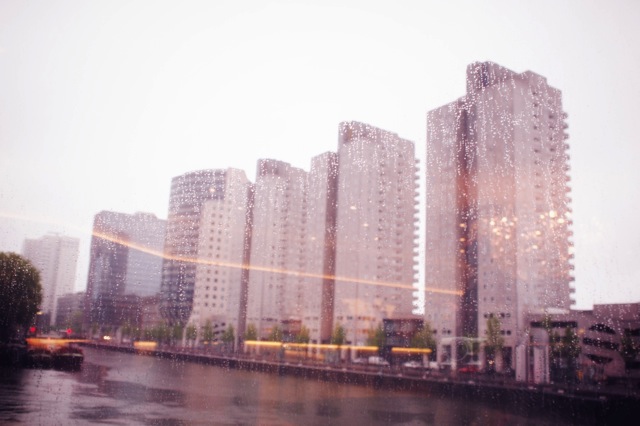 All delegates/attendees were greeted with a  goodie bag including lots of information about Rotterdam and a three-day public transport card. I was (just a little) embarrassed to have turned up so late.. but I really didn’t wanna be shuffling around like a zombie all day. I had to turn up looking GOOD.

So eventually, I made it to the main room for the ‘Creating Content for Travellers’ presentation by Gary Bembridge and subsequent panel discussion. I was particularly excited about the panel discussion as one of the speakers on it was Gemma of Retrochick. True to form, she turned up with the most amazing vintage style hairdo and she was great when she spoke. 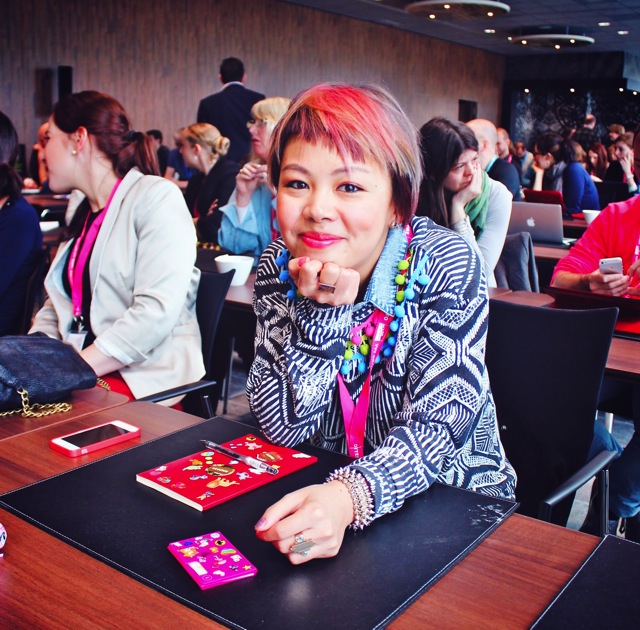 ^This photo was taken by Anja of The Curly Traveller, who was attracted to me because of all the colours and toys and stickers I had with me. Anja turned out to be a kindred spirit and a gem – you’ll see why in a later post.

My jumper is from Topshop. 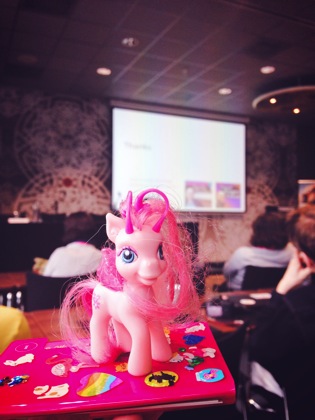 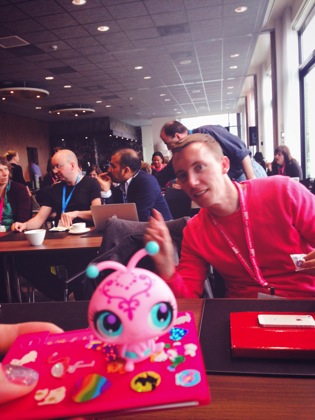 I took the above pics during the couple of short breaks in between. My toys are balanced on my pink business-card holder…. my rather LAME card holder I should say, cos it barely holds ten cards at once. 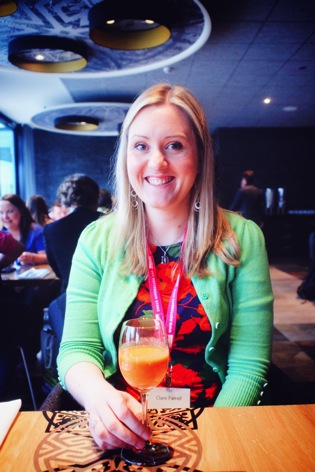 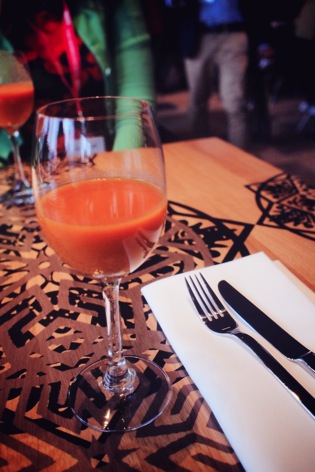 ^I sat next to Clare of Need Another Holiday, and we had lunch together too – this was provided downstairs. The drink on the right is actually a cold soup starter.. can’t remember what it was called but it was something with tomato.

Clare was super sweet and lovely and funny.. She lives up north and hopefully I’ll see her again too. She writes about how to make the most out of travel while keeping a full time job. 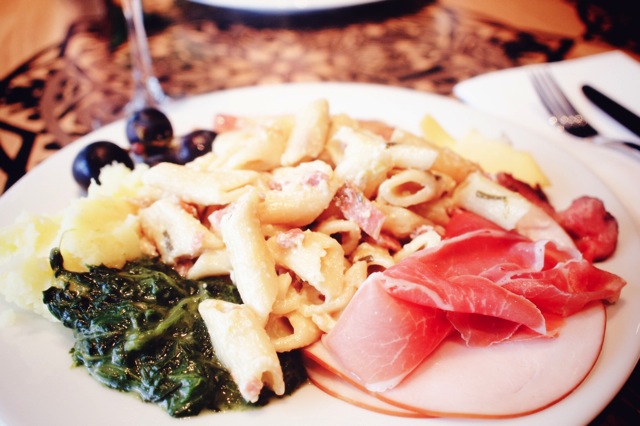 ^I have to admit that the food served at the hotel was not exactly mouth-watering. But y’know what it was there and available.. so I simply reminded myself that at least I didn’t have to walk out in the rain to find my own lunch! 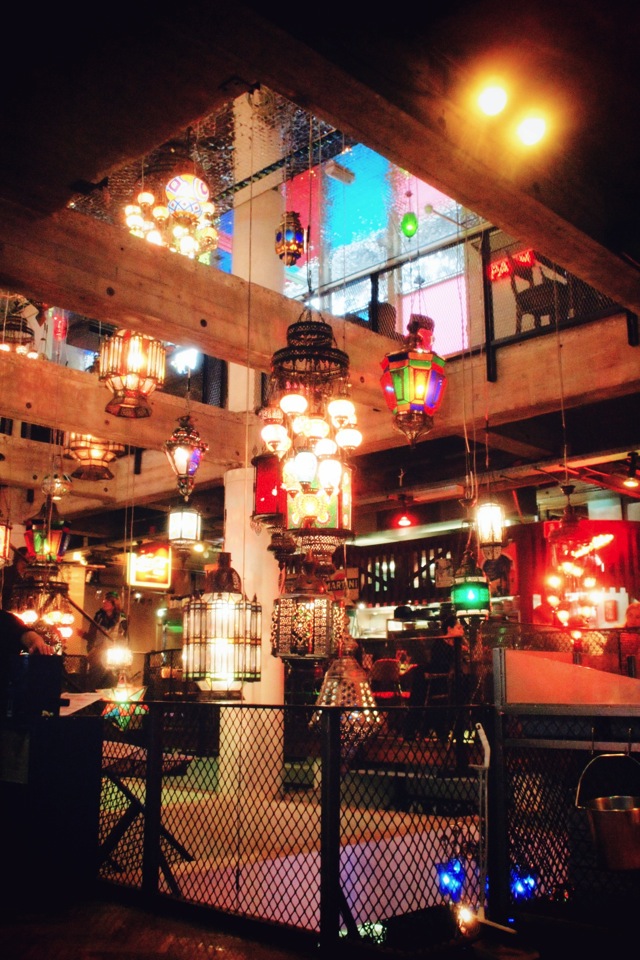 Clare and I went to a huge middle eastern restaurant (part of a hotel) on Witte de Withstraat (one of the main streets in Rotterdam where all the bars and restaurants are) called Bazar, following recommendations from other people who had been.

The place was huge and full of LIGHTS! I was completely enticed. 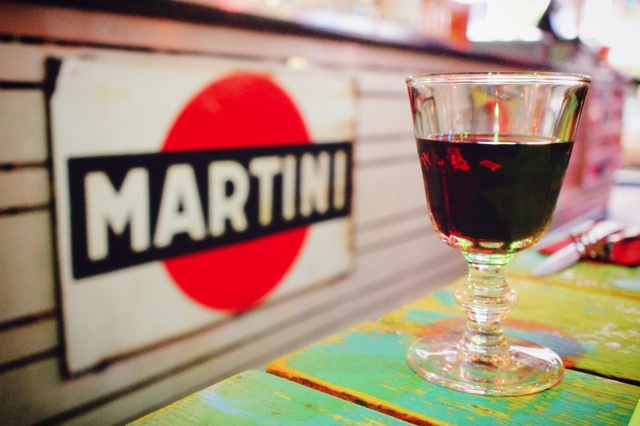 We shared a bottle of wine. 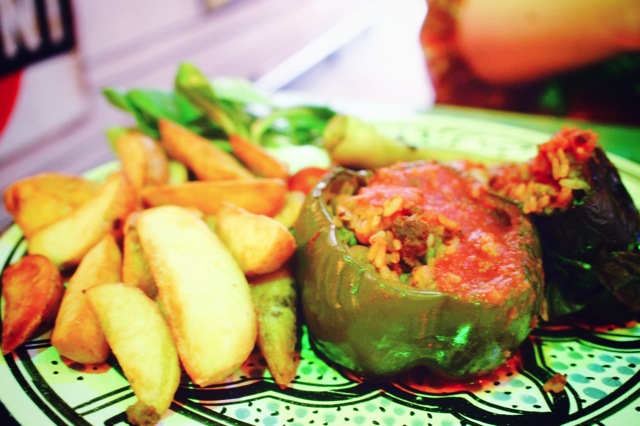 Ordered a couple of main dishes to share, too. The food was amazing! I loved it all. Everything was tasty and juicy and satisfying.

The TBU Networking Event for the first night was at a bar/live music venue called Rotown. 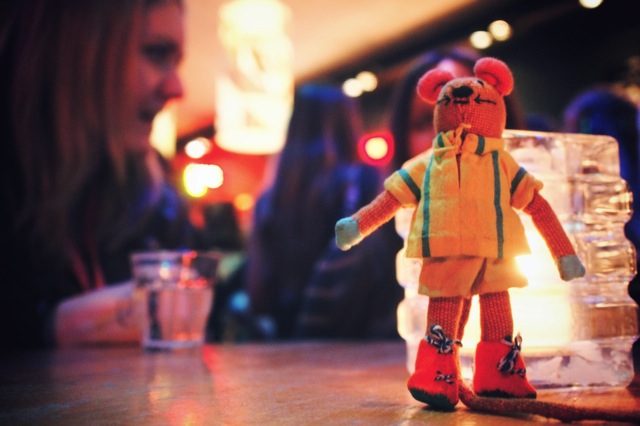 ^Goliath came along too, but he found it a little boring since he couldn’t drink.

I managed to stop by a coffee-shop on the way. Got some goodies and proceeded to befriend the naughty people of the conference who would indulge with me. Sometimes I think this is the best way to make friends.. (as I’ve said before.. this is an honest blog!) 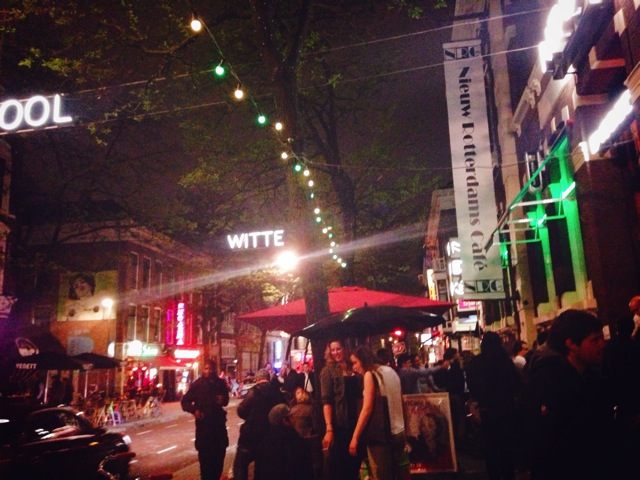 Upon leaving Rotown, Clare and I stumbled upon an EVEN COOLER scene at a place called NRC. 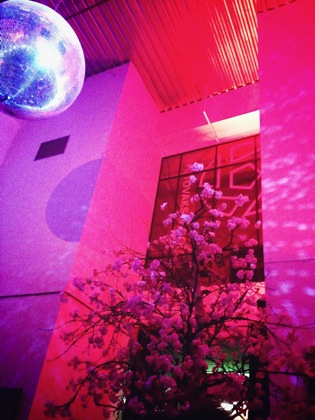 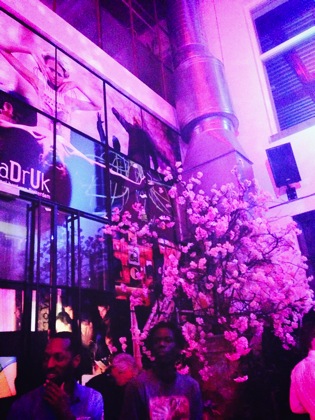 The music was fab, the ceilings were HIGH and they had a giant disco ball! And cherry blossoms inside.

We spotted a group of Dutch girls wearing bodycon dresses and all made up.. but on their feet, all were wearing sneakers or Converse shoes. Super awesome! I love girls who dress to DANCE.

I had a fantastic first day both in terms of the conference and Rotterdam city. While it provided lots of useful content and an opportunity to learn lots of new things, I thought the best part was all the amazing travel-minded people I got to meet and play with. And Rotterdam was pretty cool.. I loved seeing all the tall buildings and modern architecture – being in Europe, this was rare.

I’m so glad I had that empty seat next to me during the opening keynote! Once you rocked up I had such a great day (and night)! I’m a little bit gutted to be away from so many fab people (including your good self) who are based in London, but I am sure we shall rendez-vous for wine, food and good times soon!

I’m so glad too!! I had a lot of fun with you that first day for sure.

I really hope to see you soon.. either in London or in Manchester.. or wherever really 😉

Lovely post, Yishyene! Cool pics too. All with the Olympus Pen? Think I ll have to buy that one;-)! Looks like a fantastic B&B! I was fortunate to have some chats with Clare too, and found her indeed a lovely lady!

Most of the pics are with the PEN.. the ones at the end of the post are with my iPhone 5 😉

Are you being paid by Airbnb? Because THEY TOTALLY SHOULD!