Tonight, I would like to go back to Greece.In October 2010, I went to Zakynthos/Zante (one of the Greek islands) for a week with some of my fab Australian friends.. sadly I had only written one post about it. You can read about our first day, complete with colourful beach pics here – what’s my blog if it isn’t full of happy pics, right?!

One rainy afternoon, Aysha and I rented a dune buggy to drive around the island. It must’ve cost something like €40 for the day, I can’t be too sure, but it wasn’t very pricey. I have to say we did well in terms of exploring the small island – we rented a jeep and circled pretty much the whole island one day, and cycled over 30km on another! Oh and also did a boat tour. 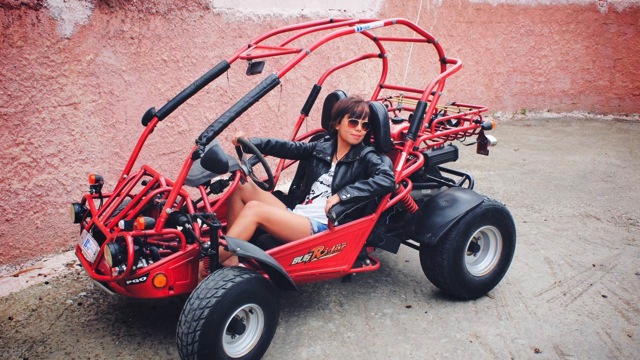 Do you think I passed as ‘looking cool’? I tried! 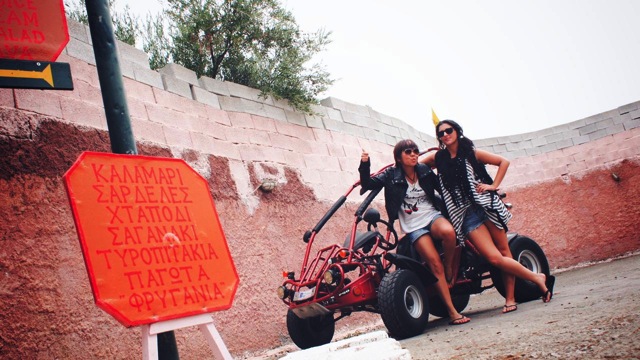 It was grey that day but still warm enough. Pretty good for the end of October, really.

We had so many funny mishaps with the buggy!

First of all.. we tried to ascent a too-steep bend and the engine died multiple times. Seeing no other way, we took turns going behind the buggy to push it, whilst the other stayed behind the wheel to navigate.

It was just so stupid, because there I’d be, huffing and puffing and pushing with all my might, but the buggy would move NOT ONE INCH. We laughed so much and nearly had a stomach ache.. and actually, I can’t remember how we got it up in the end.. 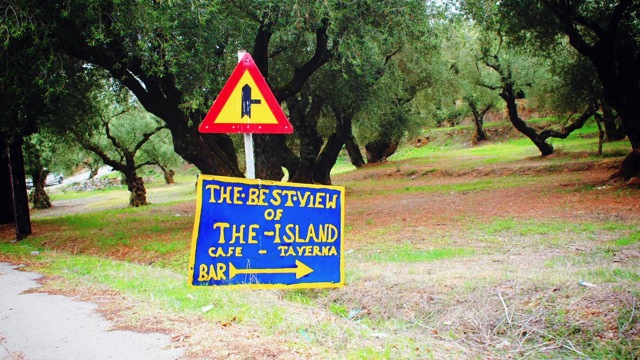 Anyway. Along the way we spotted this sign.. so we followed it and found a really scenic place for a snack/drink. 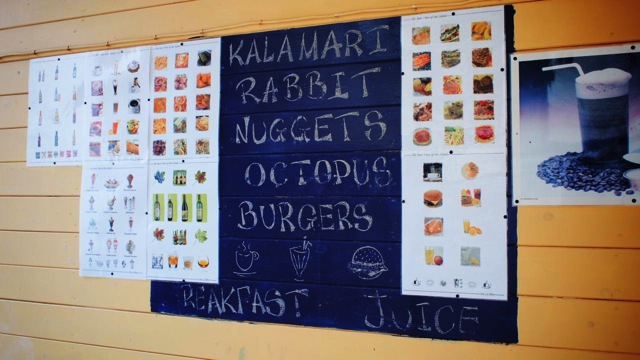 But really, I love rabbit and I LOVE octopus.
Please, meat is meat.. rabbit is no different from chicken. 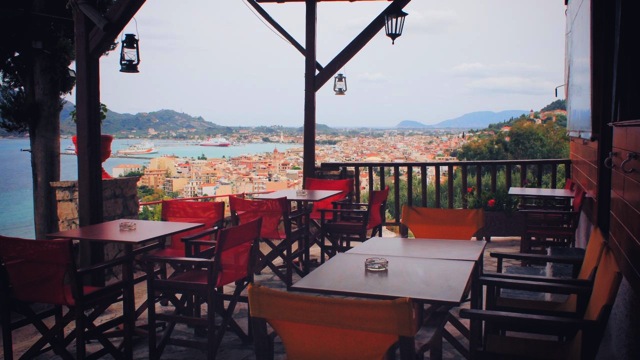 I apologise for the terrible quality of pics.. (compact cam) 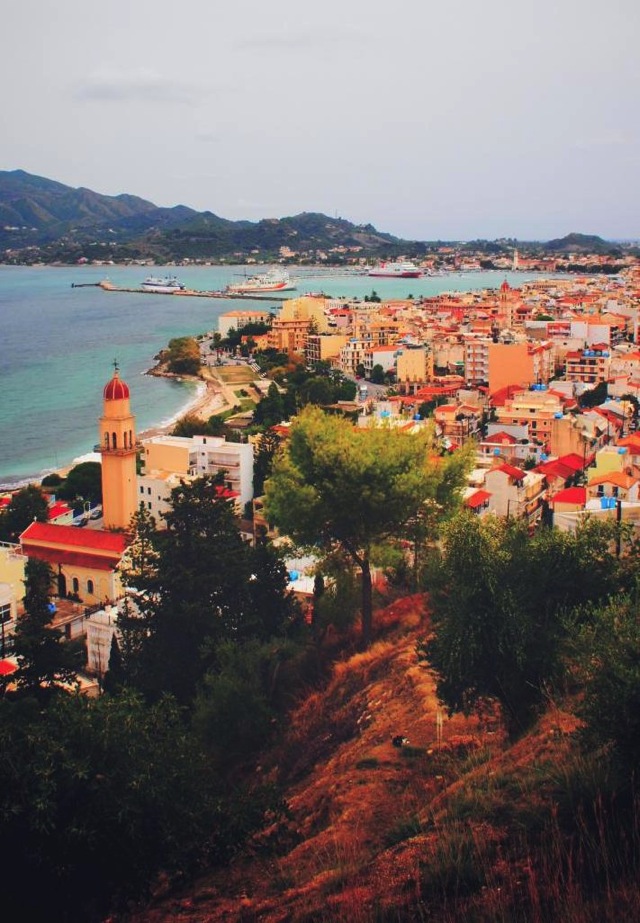 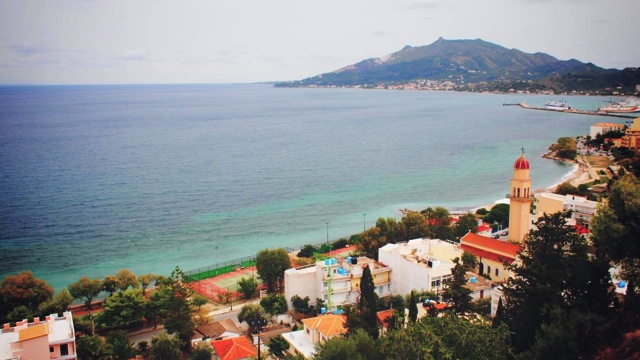 Although it was – as you can see – rather a grey day.. it was in fact super lovely. The island was quiet as it was off-peak in in regards to the tourist calendar.. and we had a relaxing drink overlooking the sea. The blue, blue sea! 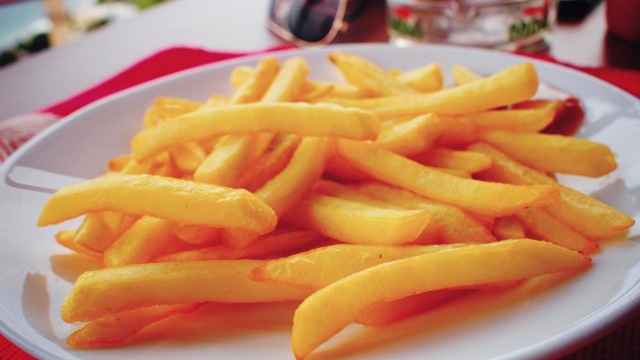 I remember for some reason I was really craving chips that day. Well, I crave chips pretty much every day…

We drove town into the little town square, which was quite empty on a weekday afternoon. 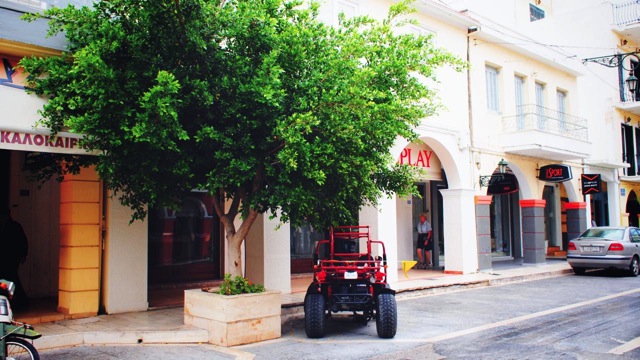 I thought my parking was pretty good. Under the tree, because it was starting to rain. See, I can be sensible too! 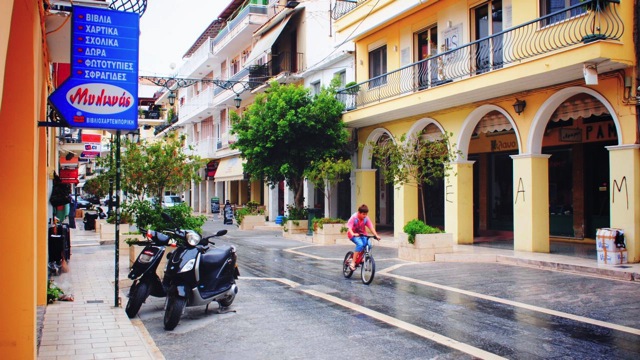 There was a small market nearby and we went to see what sorts of things they sold in Greek markets.

The answer is: GIANT ONIONS. (or possibly garlic..?) 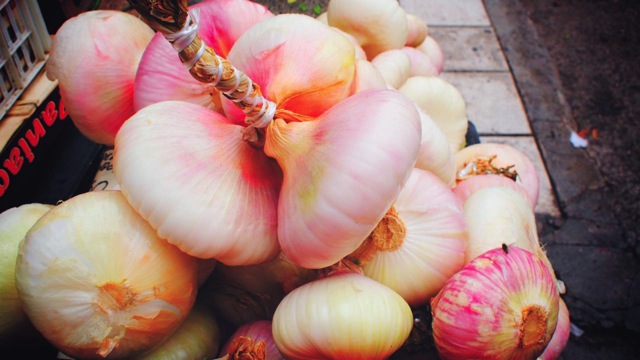 And just so you can get an idea of their size.. 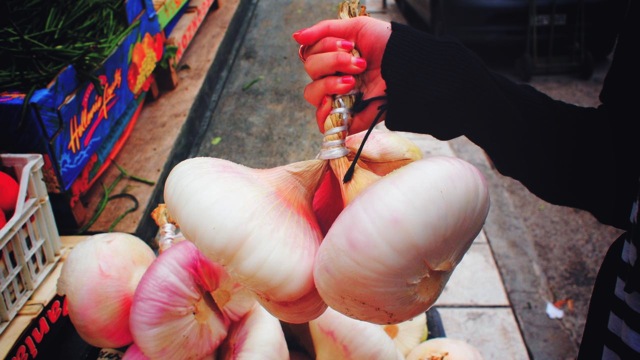 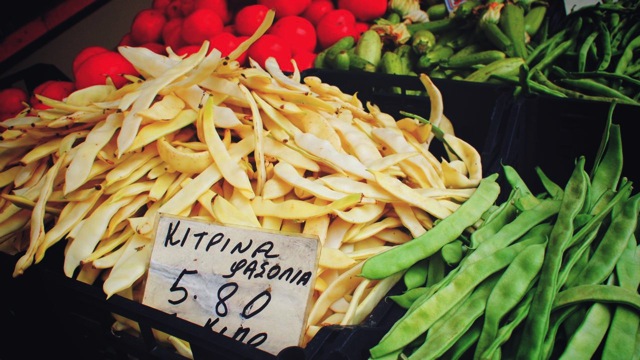 I had never seen white pea pods before! 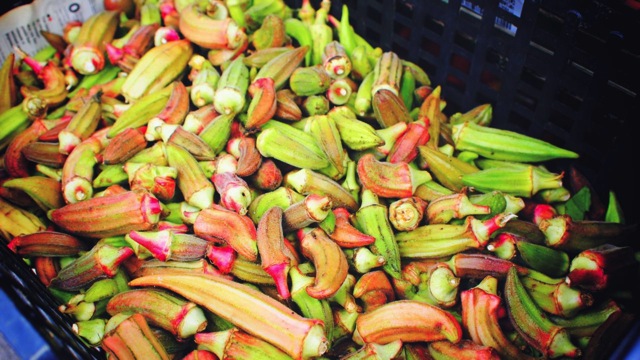 Oh one of my favourite vegetables ever – okra! Or ‘ladies fingers’, as we call them back home (Malaysia). Though the ones I’m used to are a darker green, slimmer and longer.

I liked the pink tips on these ones.. 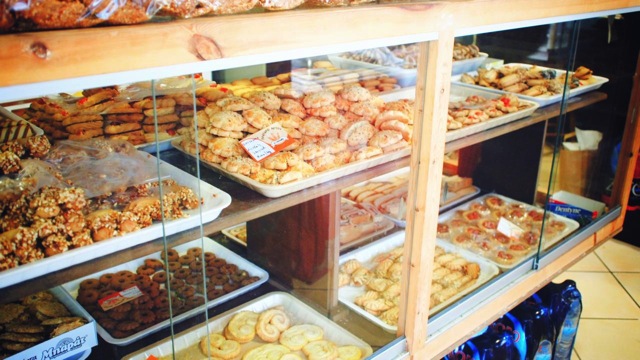 Aysha is absolutely in love with baclava, so we stopped by a corner-store bakery so we could pick her up some. 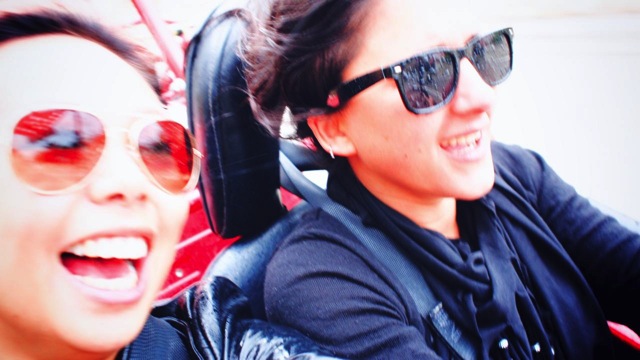 The rest of our journey continued to be hilarious…

It started to rain. And we got stuck in peak-hour traffic – when everyone had finished work. Our little buggy went so slowly relative to all those REAL cars. So on an uphill stretch, we went along like a tortoise with only three legs, and held up all the traffic.

At times like this, what can you do really, other than.. snap a picture of your own face??!

All in all, I had a fantastic day. Everything was spontaneous (as it mostly is in my life) and it didn’t even matter that we were under the rain half the time. Time with Aysha is always super funny and we end up in so many ridiculous situations together.

Like the time we almost missed our cruise ship back from Spain, having to use the disabled persons’ ramp to get in since the normal-people-ramps had closed. With everyone watching from the deck, knowing that we had caused the delay. This was after hitching a ride from strangers (forcing ourselves into their car) and her having peed herself a little from the excitement/anxiety. Haha! 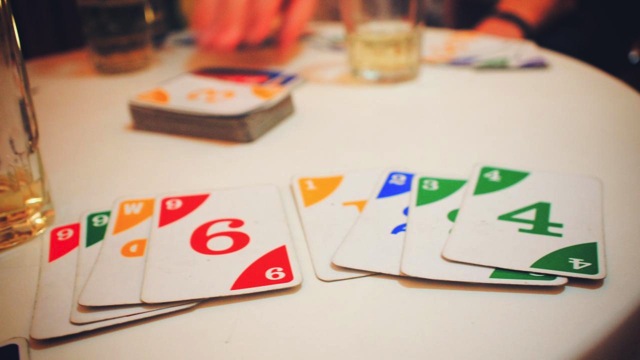 We ended the night with wine and some kinda of UNO game.. don’t ask me.. I’m not very well versed with card games. I just bring the masks. 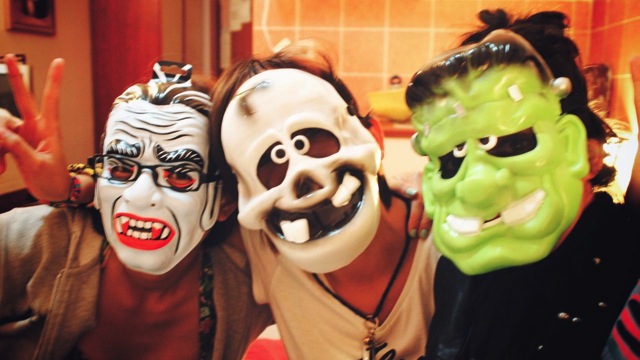 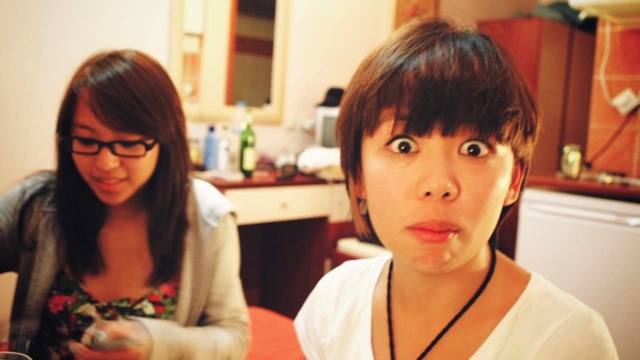 I haven’t been back to Greece since and that was my first and only time in the country. I think I’ve been missing out, haven’t I?

Perhaps it could be my next obsession (my current one is Portugal – duh – and previously it was Italy).

You can book holidays to Greece via Thomas Cook (don’t just book it, Thomas Cook it, right? Haha).

They’ve got pretty good deals for lots of resorts on all the different islands. Perhaps something to consider for the next year.. Greece 2014 here I come!

*This post was brought to you in collaboration with Thomas Cook! 🙂

such fabulous photos! would love to go back to Greece!