OK I’ve taken way too long organising/editing my pics for this post because I keep getting distracted by the music I’m listening to (I get up to sing and dance around my room), but ANYWAY here they are!As mentioned previously, I was superduper excited about the forecast of snow and really wanted to get out of town where there are much less people and a better landscape for snow!

On the Friday, I did some (lots of) research and booked a room at a B&B plus train tickets to… Peaslake. I hadn’t even HEARD of this place before. I then learnt that this tiny village had a population of less than 1500. It has one resident-run school, one shop, and no public transport. How perfect!

Situated between Guildford and Woking (south-west London), the nearest train station was Gomshall. Upon arriving at the station on Saturday afternoon, I also learnt that there were no cab companies there to take us to Peaslake and the buses only run once every 1-2 hours. Was still in high spirits though, and laughed so much while goofing around the ONE street that pretty much made up Gomshall.

It’s true that people in small towns are simply more friendly and helpful – we were in the local pub enquiring about cabs when a lady there got up and firmly said “I’ll drive you, it’ll only take me about five minutes”. Thank you Fionna from The Compassess Inn, it was much, much appreciated!

There is only one place to stay at Peaslake, which is The Hurtwood Inn Hotel.

I LOVED that hotel.. It’s so cute and cosy and warm and pretty! Got the best room (because all the cheaper ones were fully booked, haha) – front-facing and on the first floor. 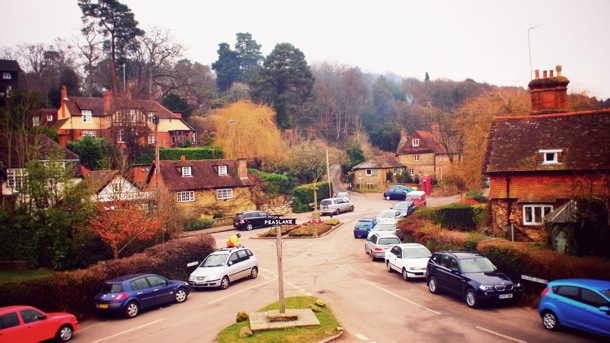 View from the room – that is the ‘town centre’ 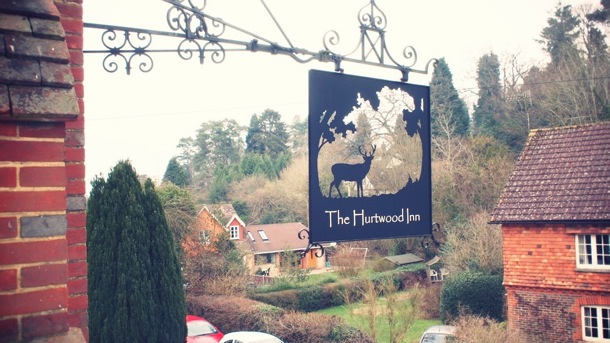 The first day was so much fun in anticipation of the snow.

The temperature was low and the air was icy cold and crisp. Took a walk up to the forest nearby. The area is popular amongst cyclists/mountain bikers so we saw many of them there.

Found a pond and guess what! It was frozen SOLID. That got me so ridiculously excited that I jumped on and did some tap-dancing on it. I was getting more and more certain that snow was on its way.. it was only a matter of time, yessssssss. 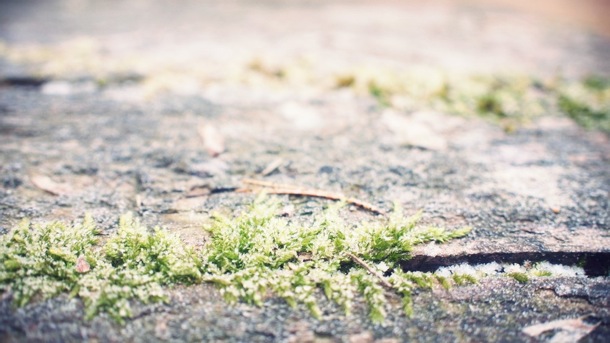 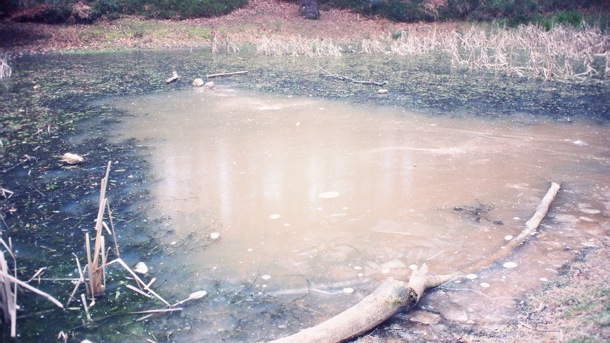 At sunset, we paid the local store a visit and bought banana cake, a chocolate slice, some cheese, and a bottle of wine to keep in the room.

Walking back into the hotel.. it began to snow. I was SO HAPPY and spent the next hour in the room observing the growing whiteness outside, willing and encouraging the snowfall with my mind. 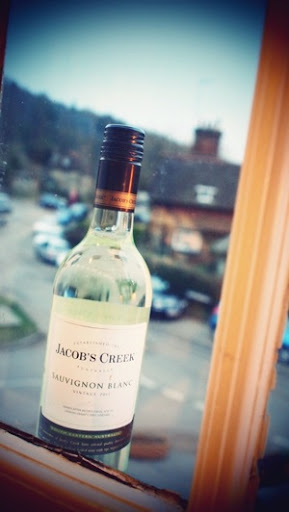 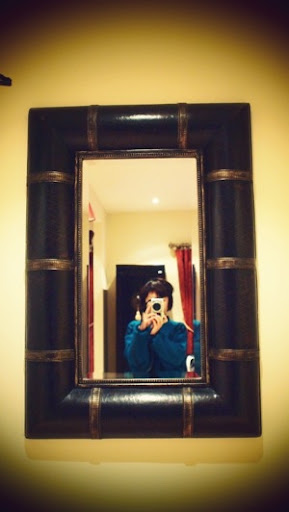 Since there wasn’t a fridge provided, the bottle was left out on the window ledge to chill. 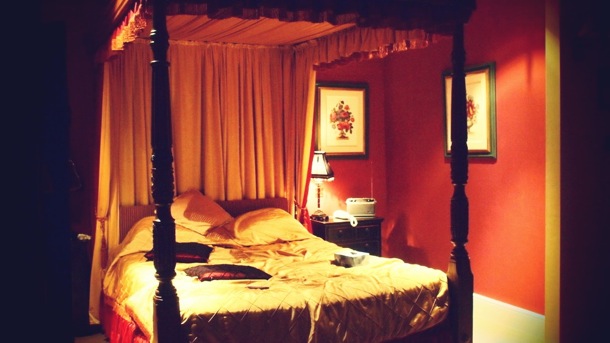 It was my first time sleeping in a proper four-poster bed!
It was SO, so comfy and soft

Dinner was had at the hotel restaurant downstairs, which was excellent.
Had salmon fishcakes, some shredded duck.. thing (crap, I forgot.. probably because this was the most tasty thing we ordered and all I could think of was to eat it), pasta, and a roast.

Our waiter was a Polish guy called Peter, who so kindly gave us a lift back to the station the next evening – Thank you so much Peter!!

As we were having dinner…… it really began to pelt down outside. Thick flakes were furiously falling to the ground. I watched smugly through the window like a proud evil villain whose plan to take over the world was materialising.

I ate quickly, because I was dying to go out and PLAY! I could already hear kids’ voices outside.. *impatient* 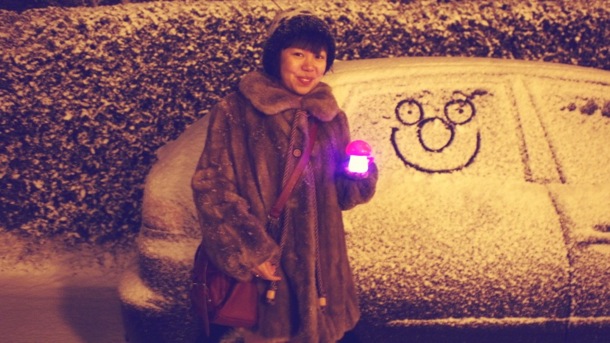 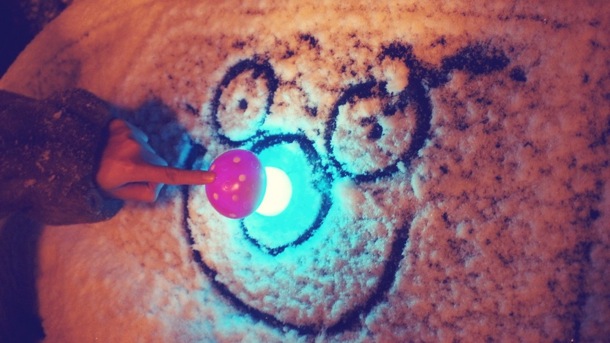 Using my fingers, I gifted almost every car parked outside with a erm.. sample of my.. art.
Meaning funny faces, vegetables, and body parts. 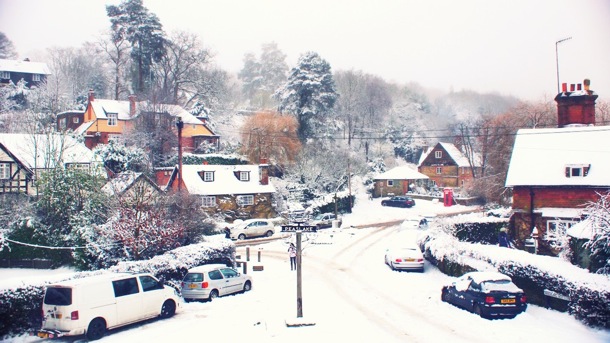 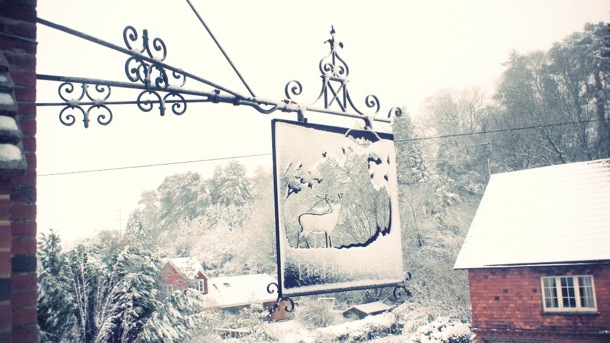 Look at the transformation!!!

I was so PLEASED.
Had a quick breakfast in the dining room – smoked salmon and scrambled eggs – and then it was time for a day out in the snowwwwwww 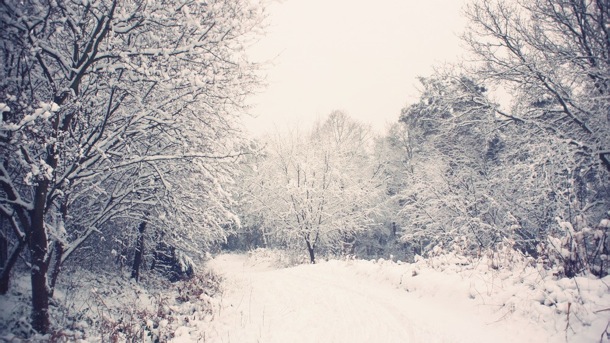 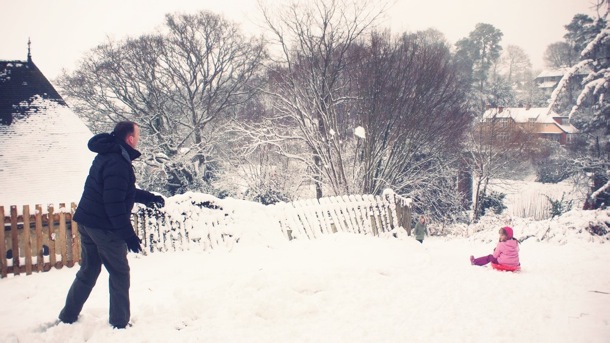 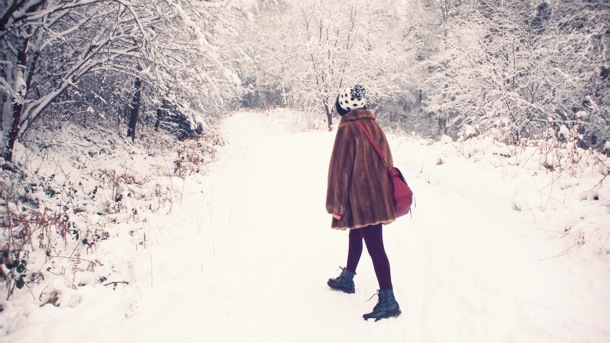 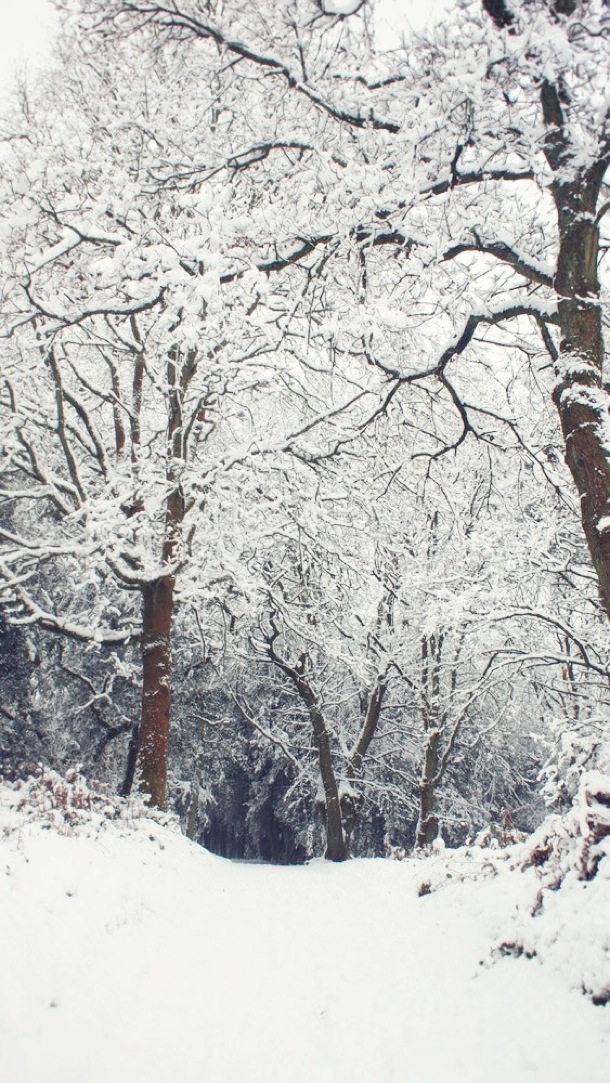 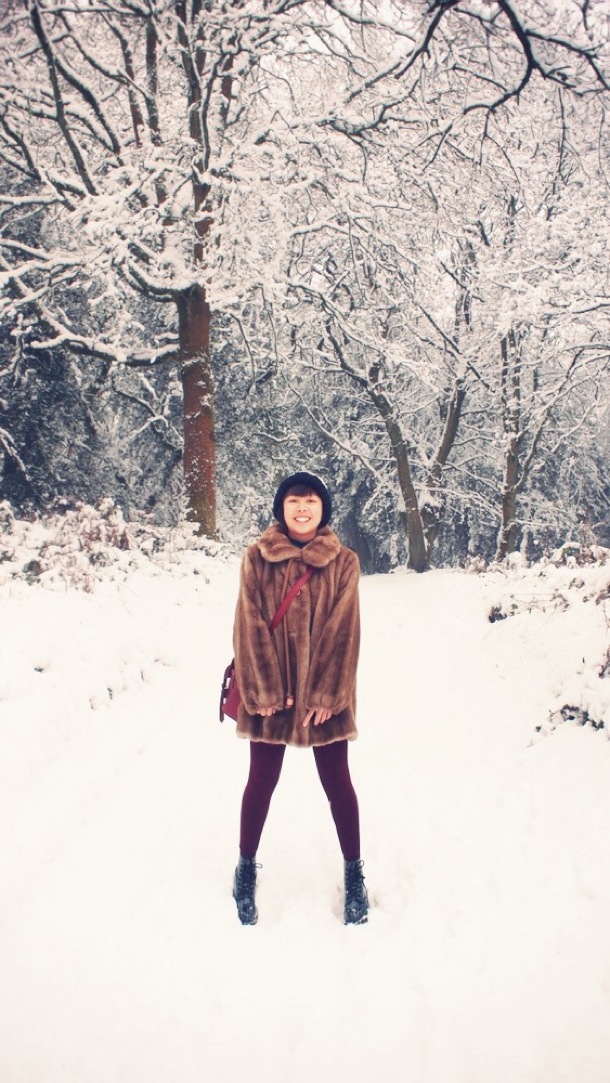 My coat is from GigiVintage
Beanie from ASOS, and Boots by Doc Martens 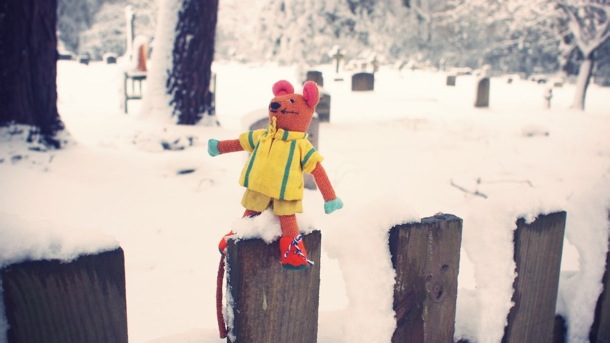 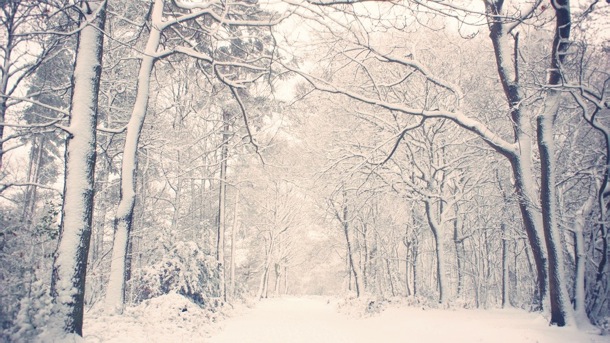 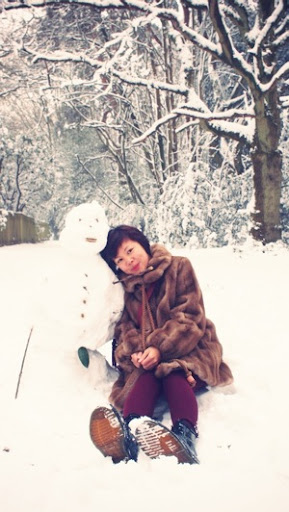 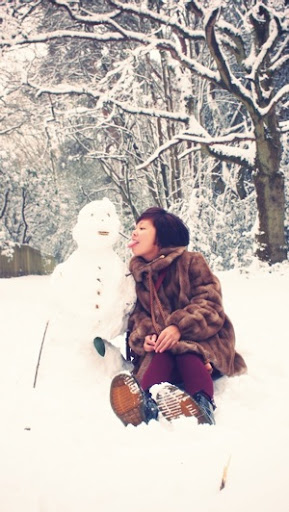 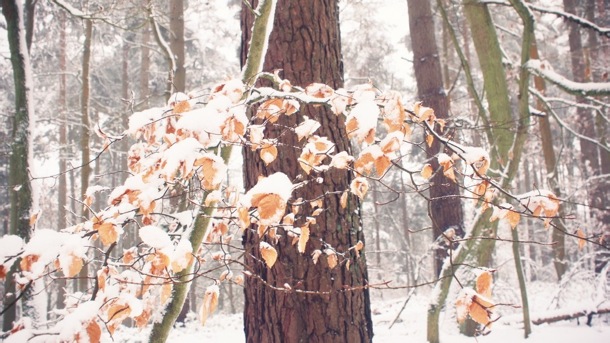 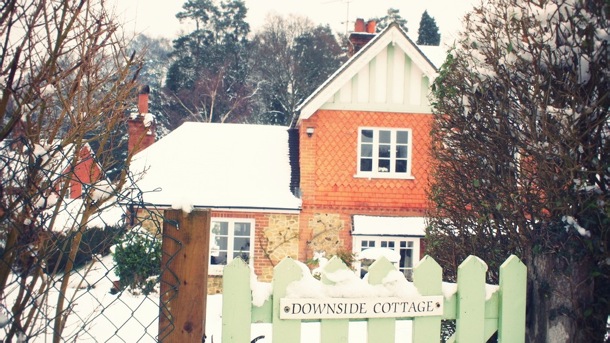 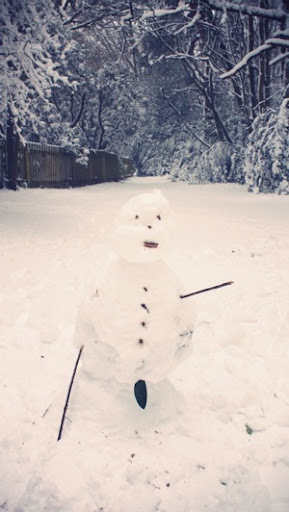 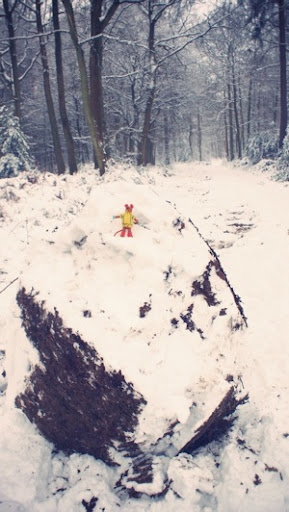 My snowman’s name is Sean Connery / No snow day is complete without rolling a giant snowball! 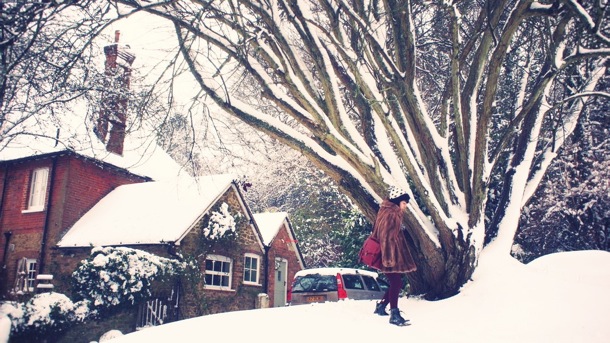 This is the last photo of me before I slipped down the hill and fell onto the road on both my knees.
I landed so hard that I tore through my leggings AND tights underneath.
I have no regrets even though I ended up with giant swollen knees! 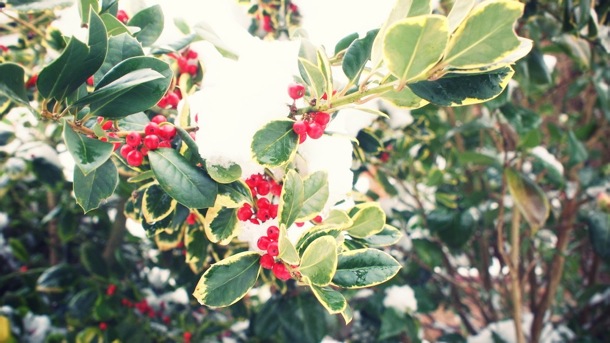 So that was my snow weekend (a big WIN)

I definitely recommend Peaslake for a quick getaway from London if you want one. It’s only a 40+ min train ride from Waterloo and it has a big, beautiful forest and lots of open space.

Stay at The Hurtwood Inn Hotel (you don’t have much of a choice, but really it’s great!) from £59 per night.

I KNOW PEASLAKE!! I went to sixth form just around the corner from there and one of the boarding houses was in Peaslake. Such a lovely part of Surrey

Ohh what a beautiful place! I’m loving your coat.

Aaah so beautiful! And I realllly like your cosy outfit x

Ahhhh I was SO excited to see this post pop up in my reader, I was literally squealing, “I KNOW PEASLAKE!” It’s not a far drive from where I live & many a lazy walking day has been spent there & in that pub. Marvellous place. Glad you enjoyed it!