Hello friends!I’m off to Porto tomorrow for five days.. if you’d like to keep up with my kookiness and see some photos while I’m there, add me on Instagram and Twitter – @smallcrazy. 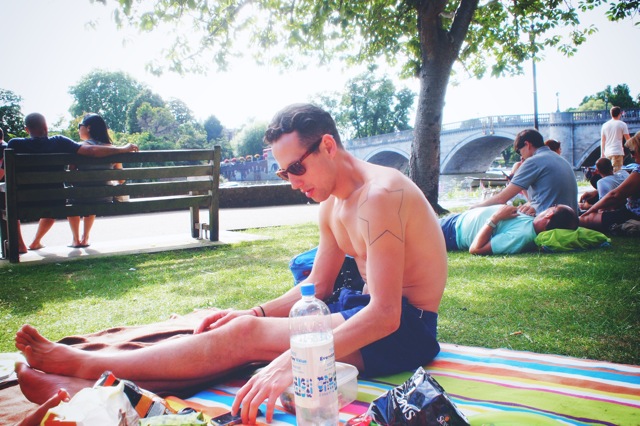 I was daydreaming about the sunshine while packing my bag.. at 2am on a rainy night. Sadly it’s not gonna be too warm where I’m going, but I wanna share with you some happy colourful photos from last August when the temperature rose to something like THIRTY degrees (centigrade). It’s almost mid March now and summer is a-cominggggg!

Anyway, my friends and I spent that ENTIRE day eating and lounging about next to the Thames in Richmond (if you know me you’ll recognise immediately that it’s a place close to my heart and about which I always talk). 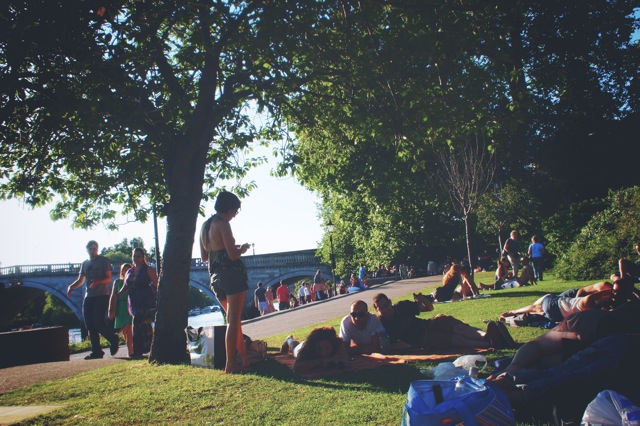 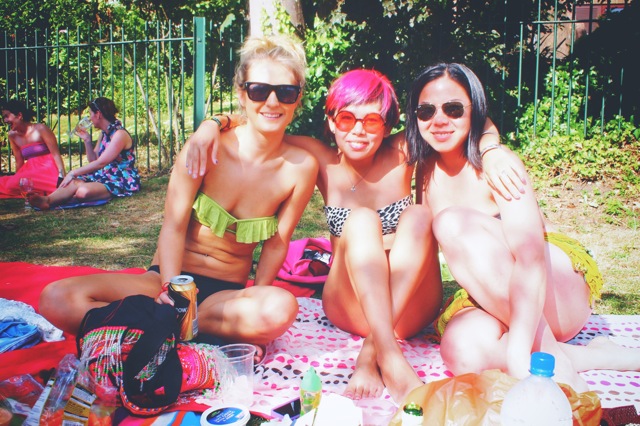 Yeah don’t die of shock.. it was ACTUALLY warm enough to hang about in a bikini.. 😉 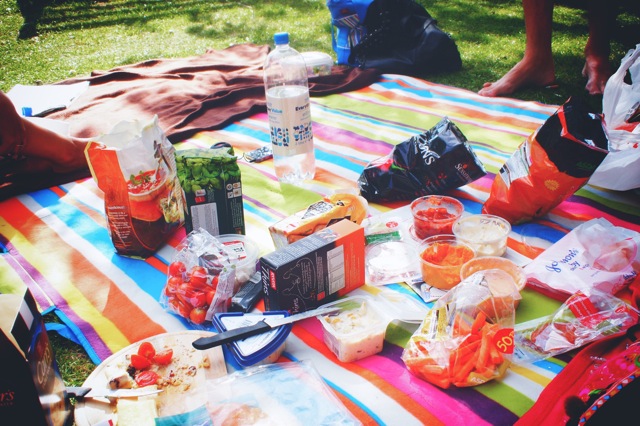 ^We had heaps of things to eat.. Will & Aysha came with one of those proper picnic baskets!

Now I’m going to tell you about THE BEST THING THAT HAPPENED THAT DAY. 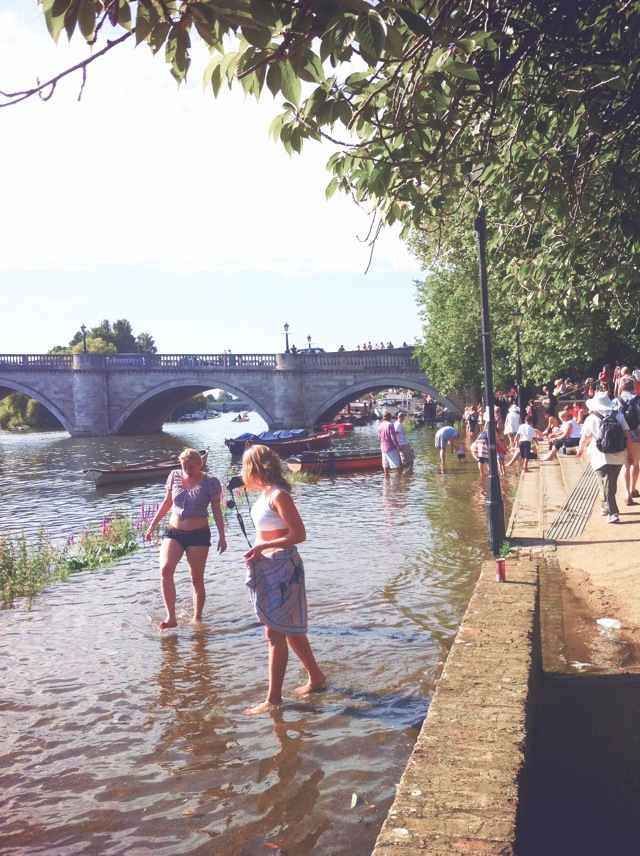 The water level rose SO HIGH that people were wading in the water on what was meant to be the walking path! 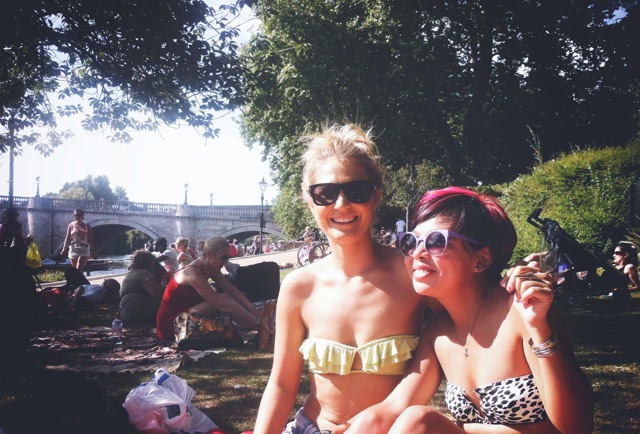 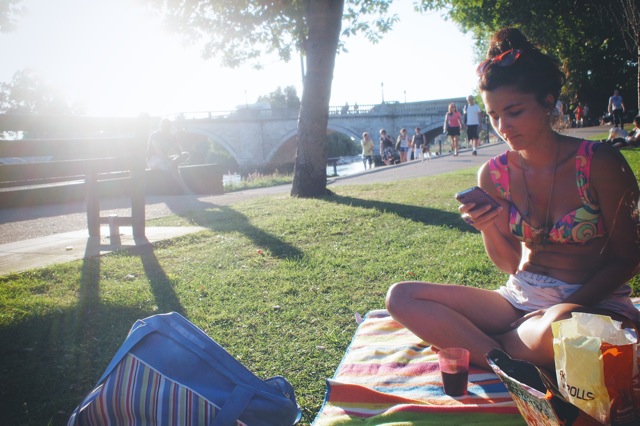 After a few seconds of contemplation, we decided that it was a good idea to jump in for a swim. 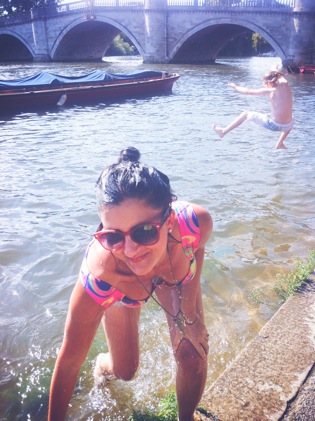 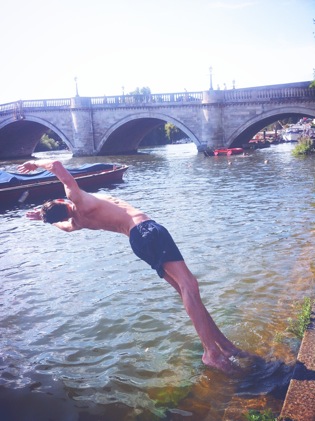 ^I love the pic on the left!! ’twas so funny to catch that boy throwing himself in.. and then there’s Will on the right who tried to dive in backwards..

The water was ICY COLD by the way. But I was so happy that I went in.. loads of people were swimming around and it was a nice escape from the heat. Everyone was so HAPPY in the sunshine.

Later on, I proudly told my friends about my little swim in the river.

“YOU WENT INTO THE DISGUSTING THAMES??”

Horrified by their reaction, I quickly went on Google to find out WHAT was so TERRIBLE about swimming in the Thames.. and ok, fine, my friends were right.. it IS a disgusting river full of disease and germs and dirty things. You should’ve seen my face when I read that article about comedian David Walliams trying to swim the length of the Thames for charity and then got struck down by some sort of parasite that laid eggs in his intestines (giardiasis) O_O.

In fact, they were so right that the following day.. I had a terrible stomach ache in the morning… but let’s not talk about THAT. 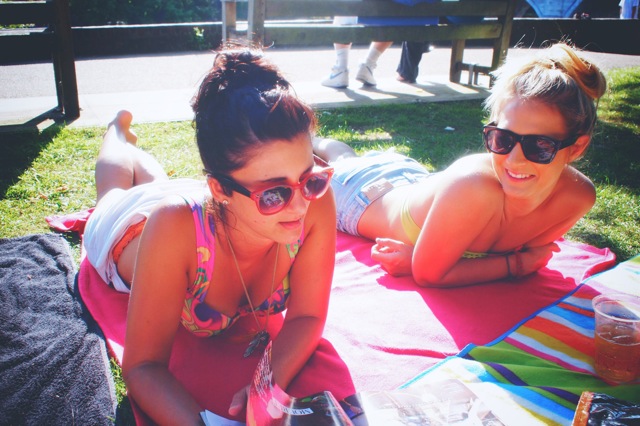 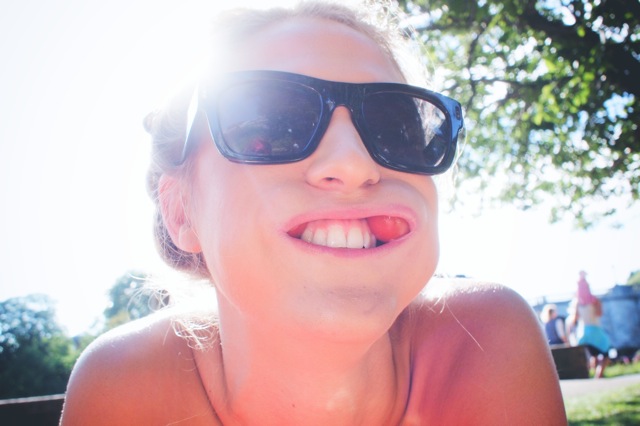 We had a little contest to see how many cherry tomatoes you could stuff into your mouth.. it was soooo funny. I was a bit ambitious and the tomatoes ended up popping out onto the ground in various places. We scooped them back up and ate them. Well I did anyway. MAYBE this was why I got a stomach ache…. 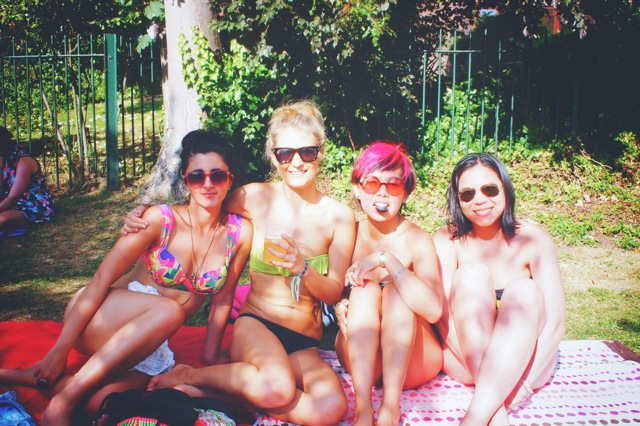 We hung around until it got dark and watched crazy people hurl themselves off the bridge into the river.  It was almost like being the audience in a circus, as everyone was cheering these guys on to jump.

Just a couple more months until summer.. I’m counting downnnnn! Do you have a favourite summer activity? x