Last weekend was what people over here call a ‘scorcher’ – i.e. anything over 24 degrees (celcius) or so. To me, it’s just a ‘quite hot’ day.. but anyway. A few of us decided to rent a car on the Sunday and drive down to Bournemouth.Waking up early on a Sunday morning was hell.. especially after getting a terrible tummy ache in the middle of my sleep which was more than likely due to partial and accidental ingestion of THAMES RIVER WATER the day before. Omg, I MUST write about that fateful day.. ok I promise to after this post. >> you can now read it here.

Everyone met up in East London, where the car had to be collected. Surprisingly I was the first to arrive. Linda and I had no time for brekkie so the car made a detour to McDonalds. Looking back at road trips or day trips I’ve been on in the past.. I think it’s safe to say that possibly 90% have involved a McDonalds takeaway or drive-thru. It can’t be a real road trip without Maccas, right?

In the end I was glad we left early.. ish. It took freaking ages to arrive in Bournemouth!! It turns out the WHOLE WORLD wanted to visit Bournemouth beach and wanted to drive there USING THE SAME ROADS and AT THE SAME TIME. I wished we had taken the train instead. But then I guess I wanted my Maccas drive-thru experience so badly that I judged it to be worth the traffic jam.

We got to the beach at about 1pm. So here are some photos! It was only my second time in Bournemouth. 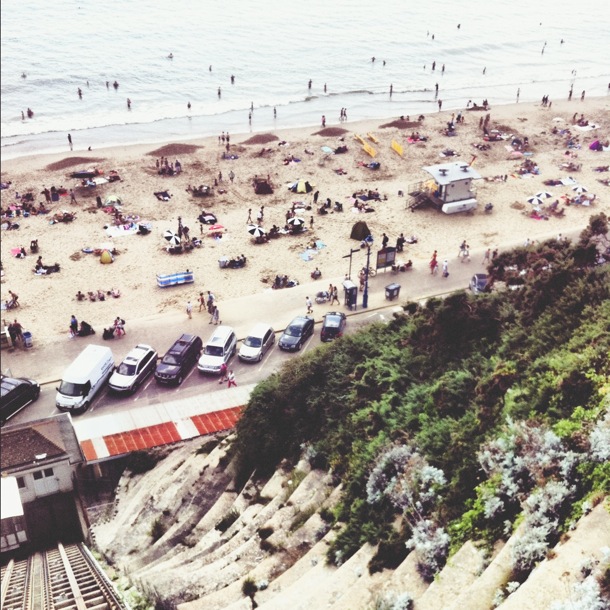 We parked on the upper road towards the East side of the coast. You can either walk down or take a lift for about £1. Obviously, we took the lift.. 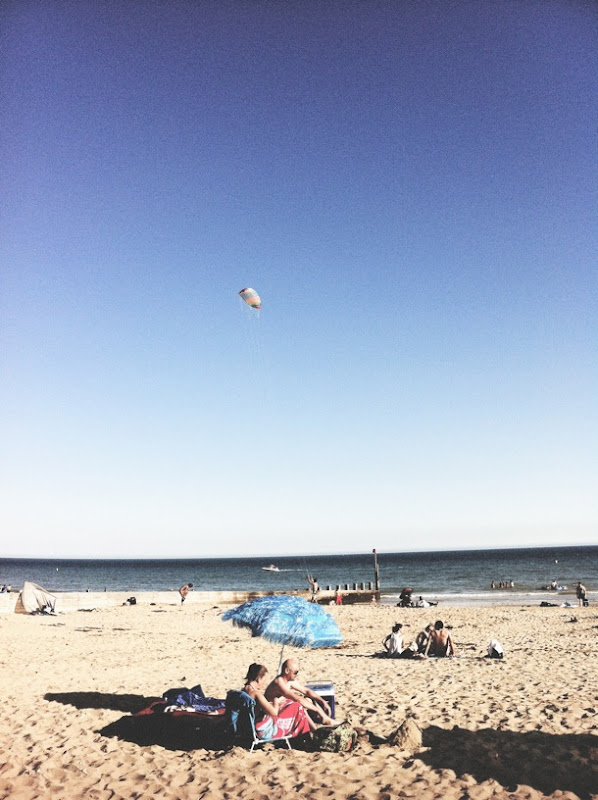 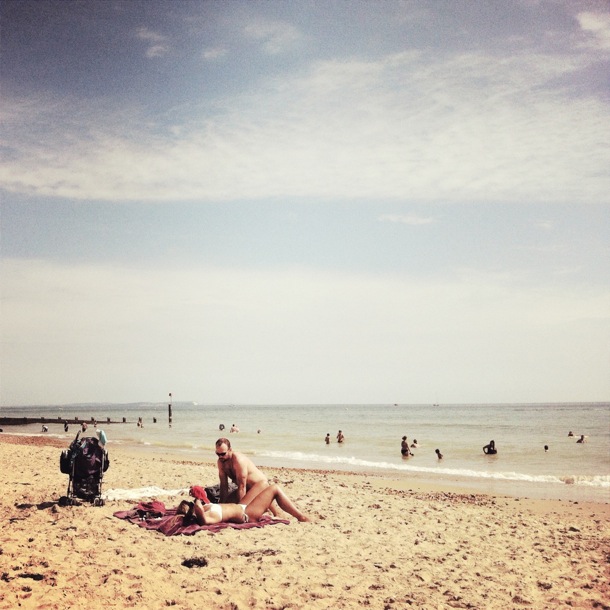 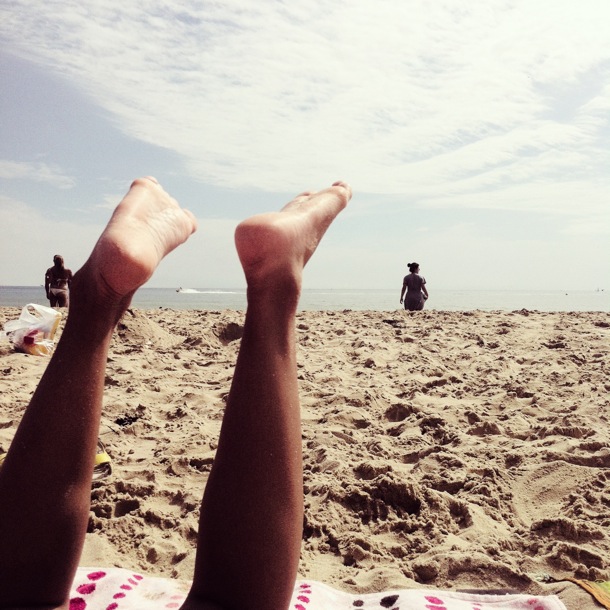 I had SUCH A GREAT TIME just lying there in a REAL beach (i.e. beach with sand).
The water was icy cold but I managed to brave it at least twice – because I needed to pee.. 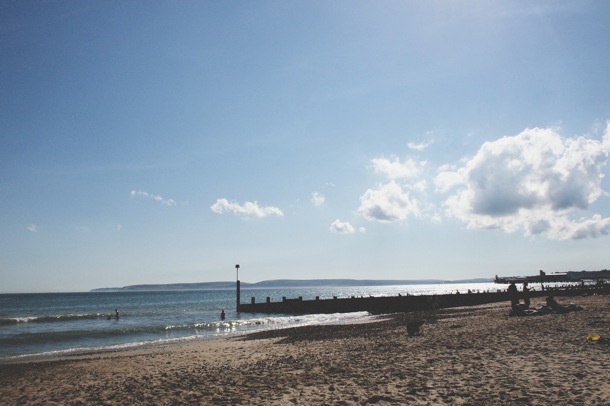 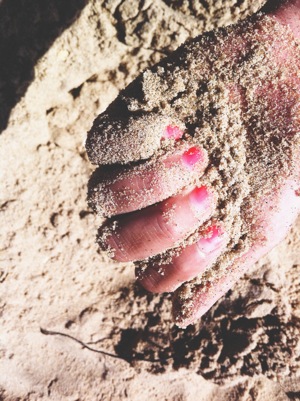 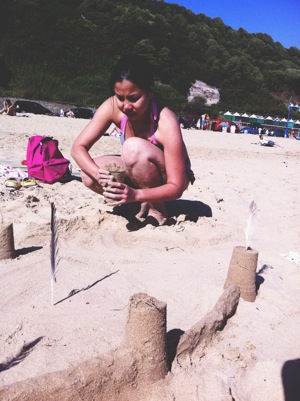 I’m the kind of person who can’t really sit or BE still for long.

I’m not one of those people who can relax on the beach with a book for hours or lay down and fall asleep intermittently. No, I can’t. I have to play!

If there are pebbles, I’ll pick them and hurl them into the sea. I’ll collect seashells and bird feathers and washed up seaweed. I’ll draw on the sand using a twig or a stick. I’ll dig holes in the ground and see how deep I can go. Using a combination of digging holes/drawing shapes, I’ll make up a game that I can play with whoever I’m with. If I’ve brought it with me, I’ll blow bubbles into the wind. I just have to DO something.

On this occasion, after feeling gutted that we didn’t have any plastic beach toys with us, I managed to find two plastic beer cups left behind by some LITTERBUG and so we used it to make a rubbish sandcastle! 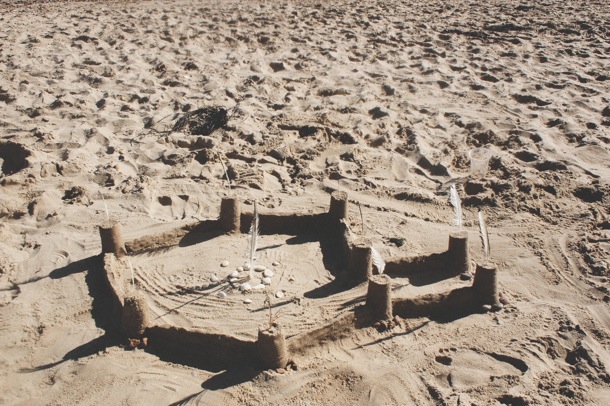 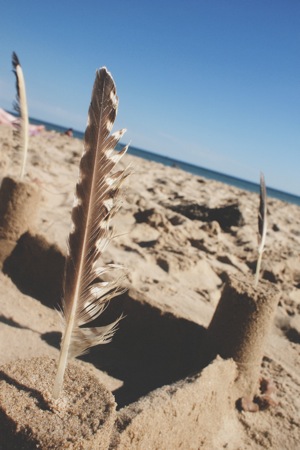 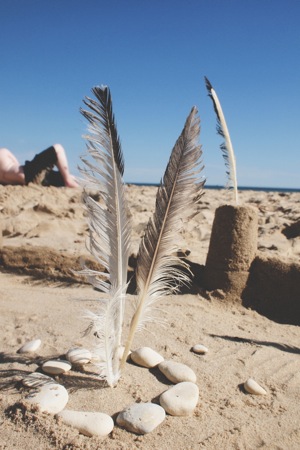 I skulked around and collected what I deemed ‘the best feathers on the beach’. 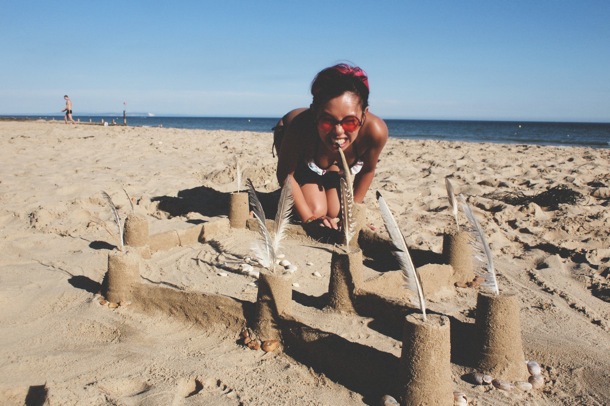 After the completion of ‘Feather Fortress’, I laid down to admire our work for a bit. 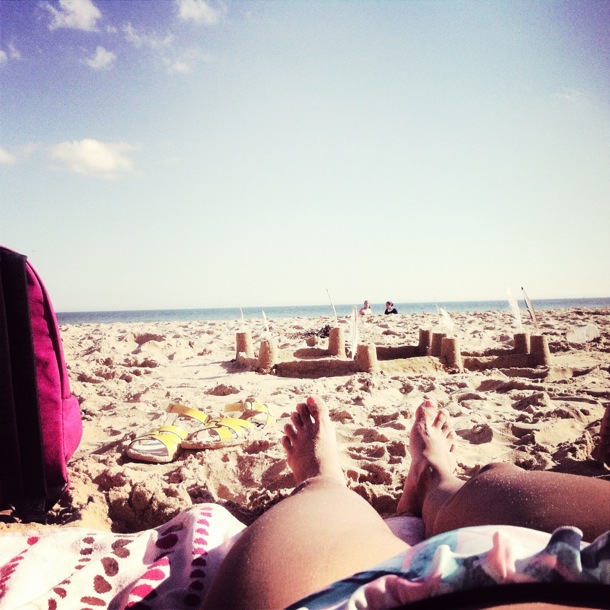 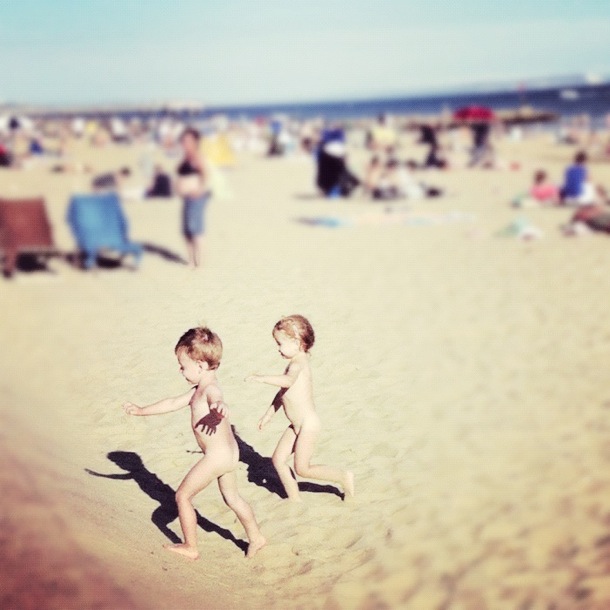 On the way back to the car hours later, we saw this cute brother-sister pair prancing naked by the sidewalk. They were giggling and chasing each other and seemed something out of a cartoon! 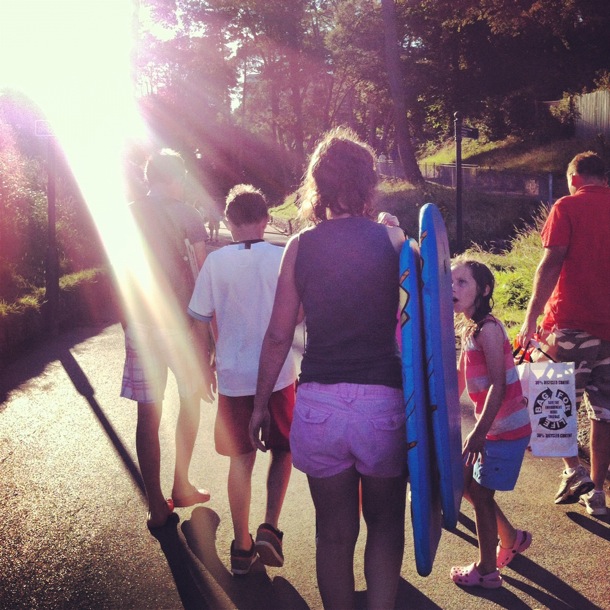 Later on, I saw this family walking ahead of us carrying two bodyboards and I thought DAMN, THAT’S WHAT I SHOULD HAVE GOT!

You have such a great way with words! Ahh I want your life hahaha /creepiness ends here

hahaha this reminds me of the time my friend and I nearly drowned at Formby Beach. The water was sooo cold and we were waddling our way back to shore when the tide came in so quickly that we were waist deep in the water!