After such a fantastic trip to Porto last October, my girlfriends and I planned to return in March to participate in The Color Run. This was to take place in Matosinhos, marking the FIRST Color Run in Europe!Naturally, we were all very excited. I was prepared with all my costumery (random stuff I already have in my room..) and even bought super blindingly BRIGHT neon shoes for the occasion.But UNfortunately, two days before the event they predicted terrible weather and so it was postponed to 7 April.. I was SO bummed! But not for too long, because I knew that whether or not I took part in the event, I was gonna have the most fantastic time in Porto – the beautiful, fun-filled city that stole my heart the last time I was there. 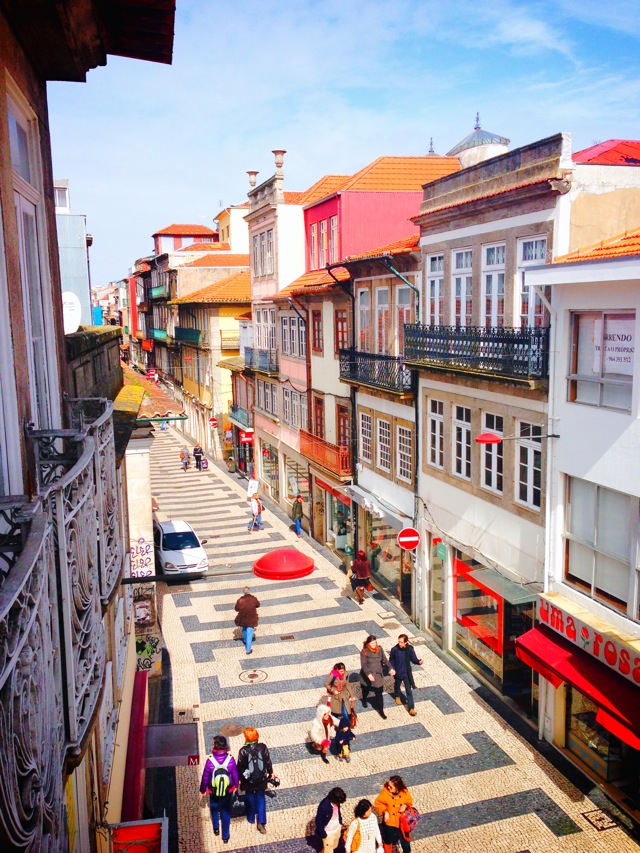 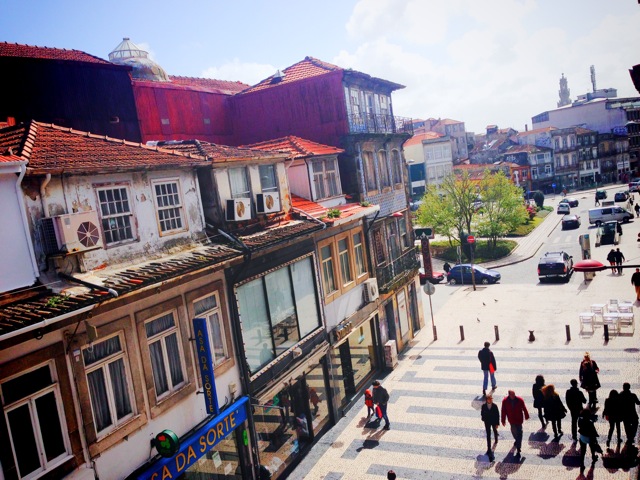 Again, I booked us into a charming little apartment via Airbnb. The photos above were taken from the balcony on the Saturday morning, after we had partied till 6am in the Baixa (downtown – where the streets are lined with bars and clubs etc), having arrived on the Friday evening.

Last trip, we stayed at the Ribeira right by the Douro river and so this time I decided to place us much closer to party central since we’d already seen most of the main sights and done the ‘touristy’ stuff. 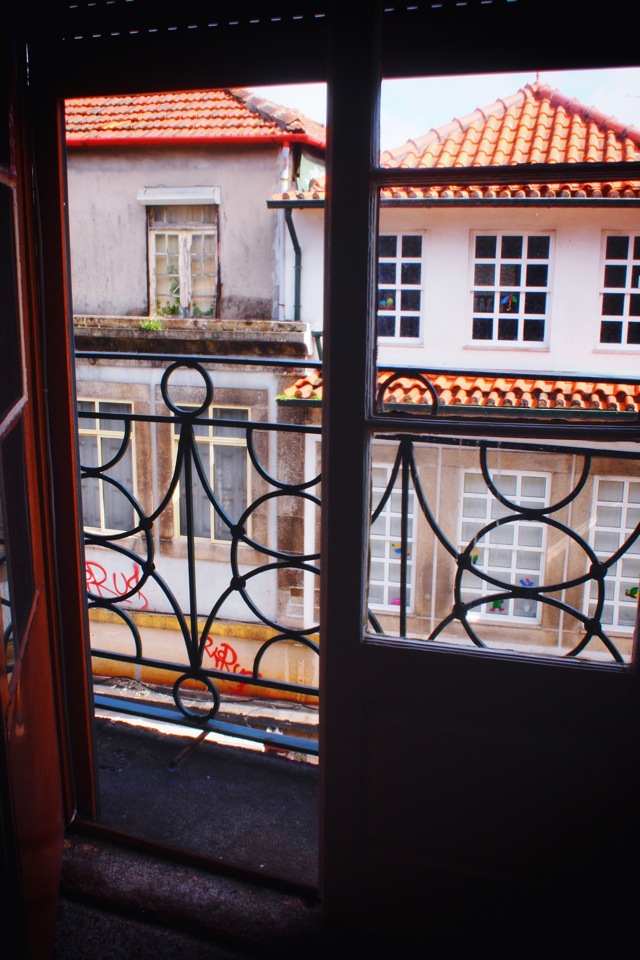 We were located on Rua de Cedofeita, supposedly one of Porto’s most characterisic streets and which boasts traditional Portuguese cobblestones. It’s just off Praça Carlos Alberto, a pretty square surrounded by old buildings. I think our favourite part of the street was the bakery downstairs.. 😉 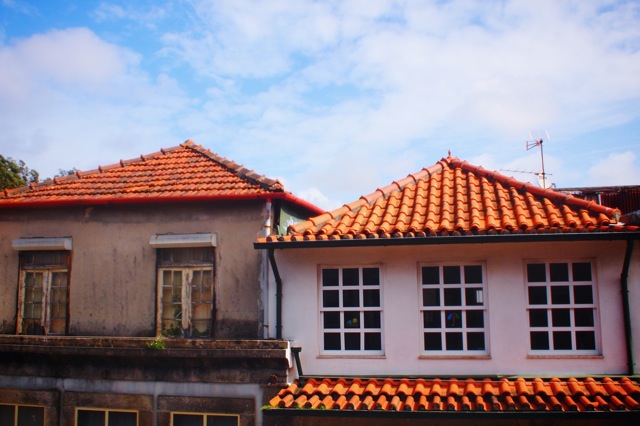 Before leaving London we had been looking at the poorly weather forecast with disdain.. so when we saw that it was actually SUNNY that Saturday, we were all happily awake even after having had only a measly amount of sleep.

I stood on the balcony (clearly.. as I was taking pictures.. haha) and thought to myself, “I’m so LUCKY to have today – I’m so lucky to be here on this BEAUTIFUL DAY!” 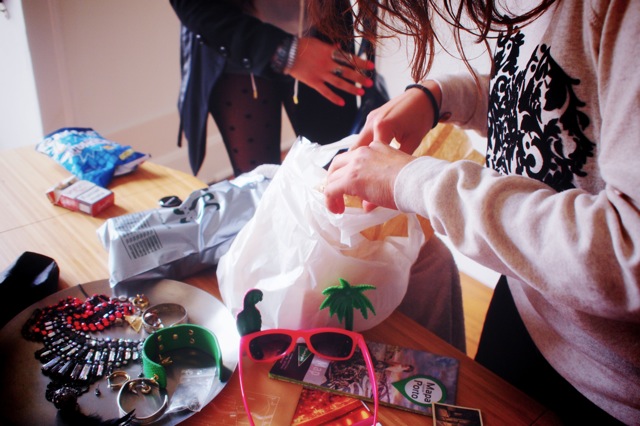 Izan and Flo went out to buy some food back.. like dutiful ants. 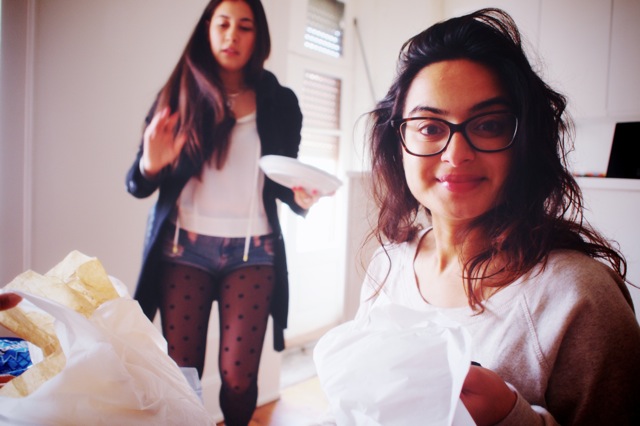 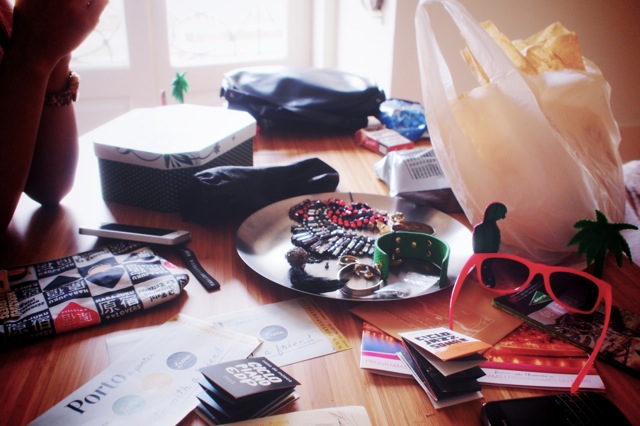 ^The whole place was a bit of a mess as we’d had our Portuguese friends over the night before. 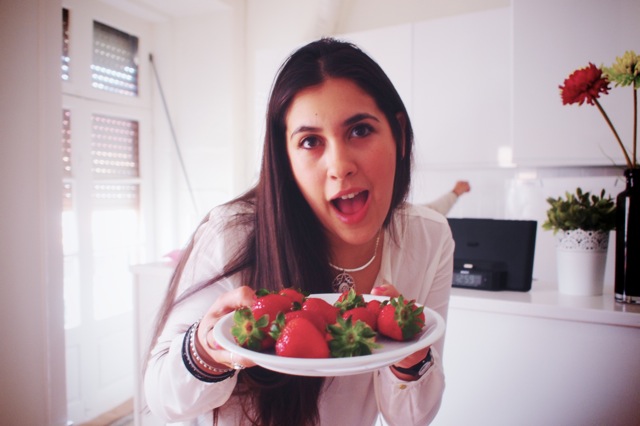 Izan came up with lots of goodies from the bakery, including croquetes de carne (minced meat croquettes?), which she became obsessed about.. 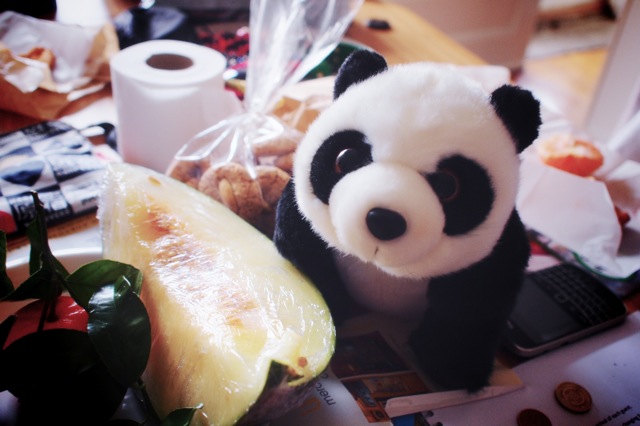 ^Panda joined us too. And so did our loo roll, I notice now.. 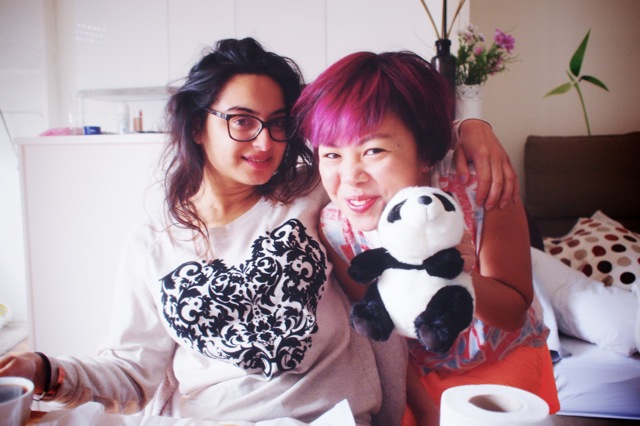 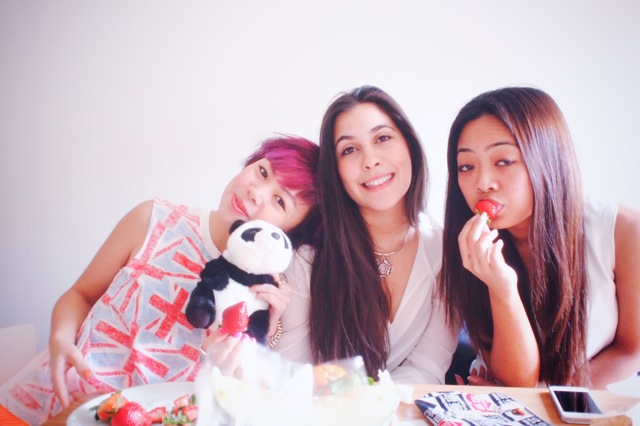 ^Me, Flo, Izan (please pardon her face, which didn’t stop me from publishing the photo) 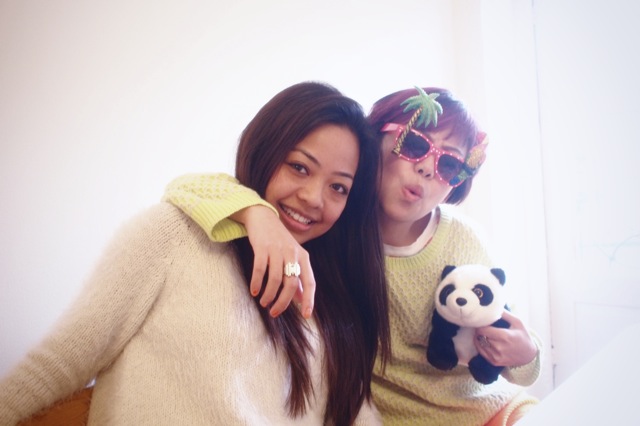 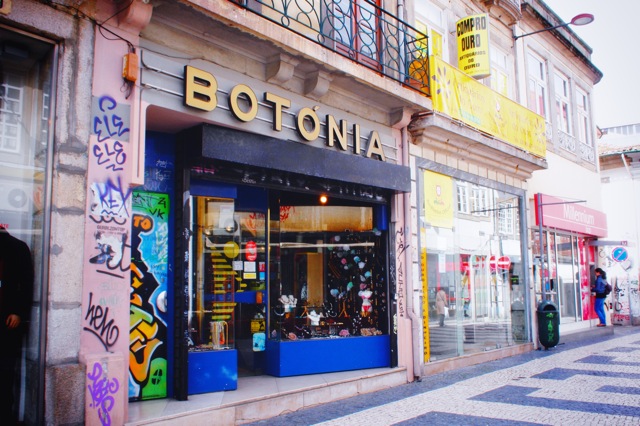 ^The entrance to our apartment is the graffiti-covered door on the left side of this store! You’d think it was a dump.. but you’d be surprised once you clambered up the stairs to discover the lovely apartment that was hidden inside. 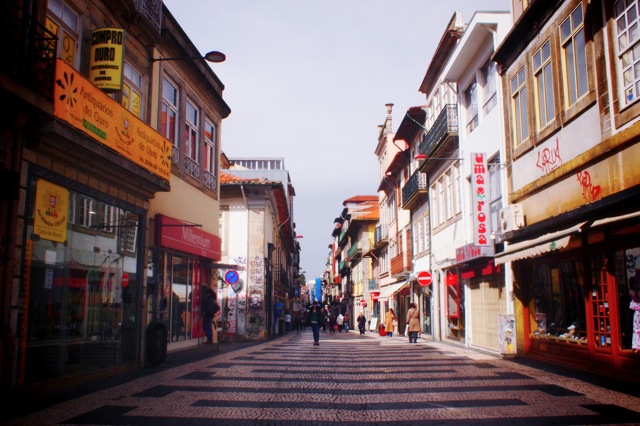 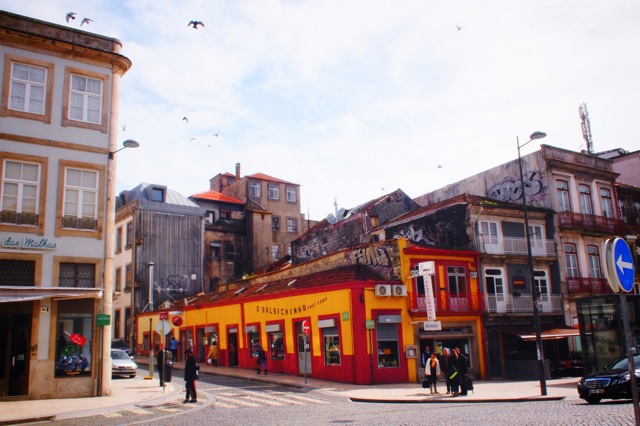 ^ One of the views from Praça Carlos Alberto 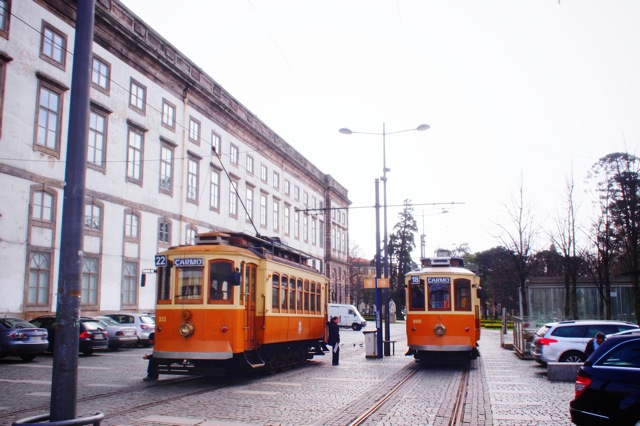 It always reminds me of my first ‘home away from home’, which is Melbourne *nostalgic sigh* 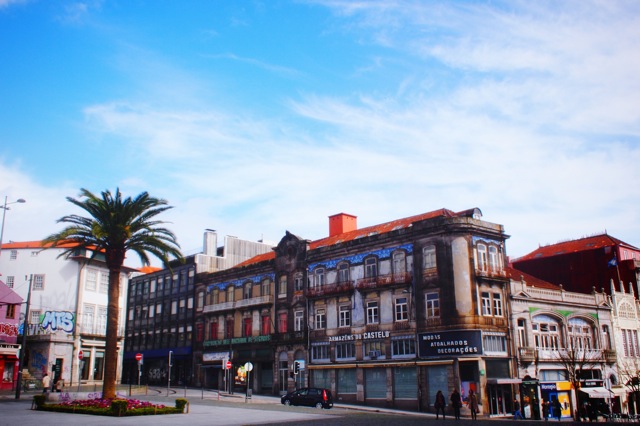 ^Above two pics taken outside the University of Porto, which is about a two-minute walk from our apartment. I think this square is called Praça dos Leões. 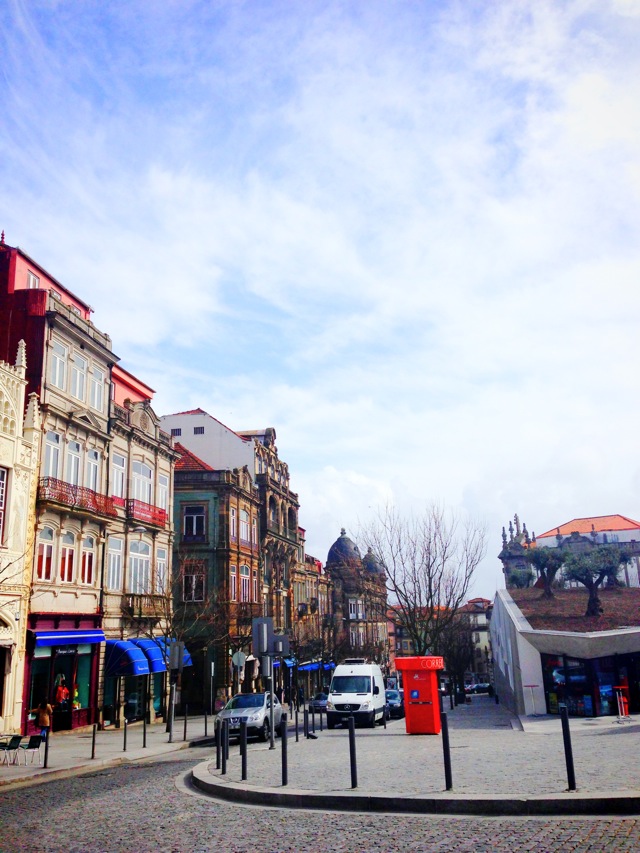 The streets to the left of it  – Galeria de Paris, Rua Candida dos Reis etc – are where all nightlife is located. I always remember the Marc Jacobs store on the corner of one ;p 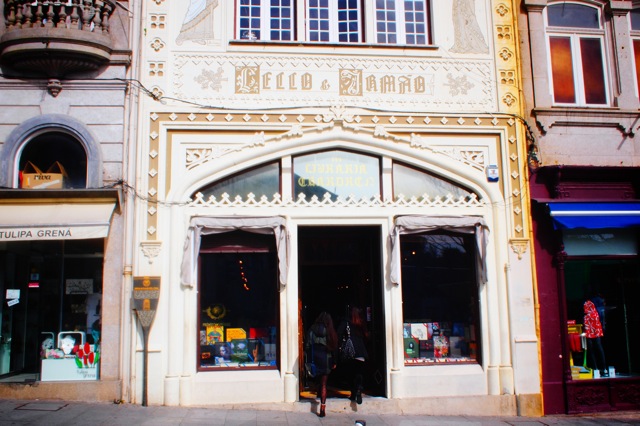 Rua das Carmelitas is also where the famous Lello Bookstore (Livraria Lello em Português) is located. It’s meant to be one of the oldest bookstores in Portugal and boasts and amazing interior complete with stained glass, winding stairways, and carved wood over two levels. It’s so amazing that you’re not allowed to take any photos inside…. :p 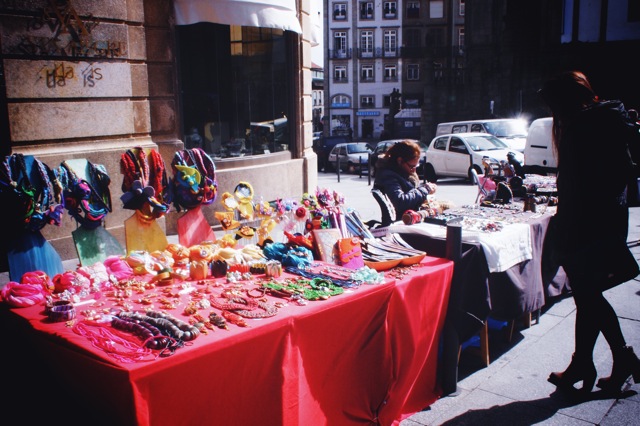 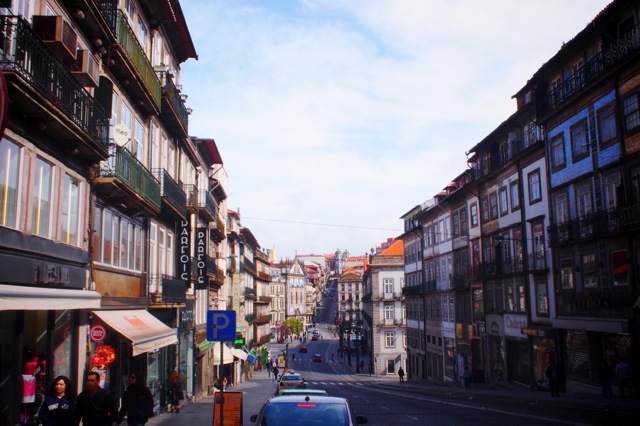 ^This is Rua Clérigos, which leads to São Bento Station. 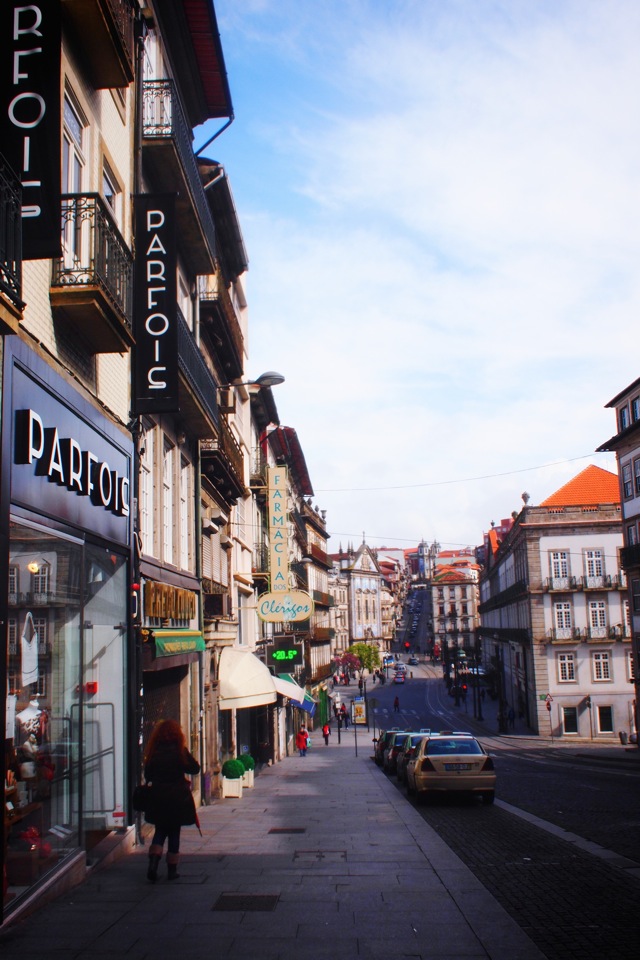 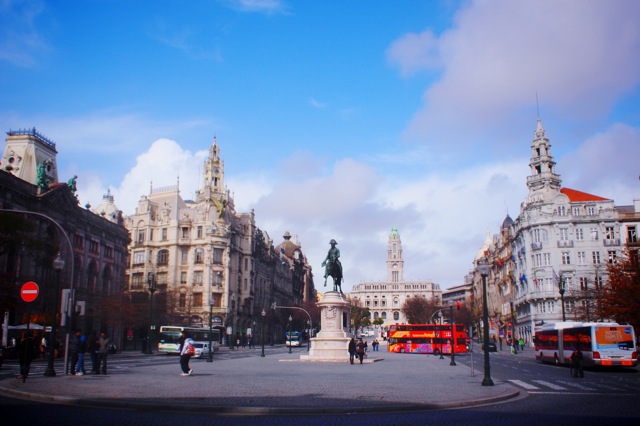 ^Right before the station is beautiful Liberdade Square. 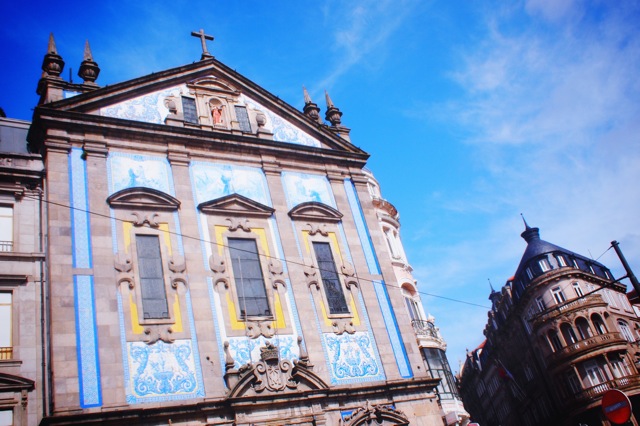 ^Not sure what the name of this church is (I’m not particularly interested in churches.. at all) but you can see the azulejos on the walls. 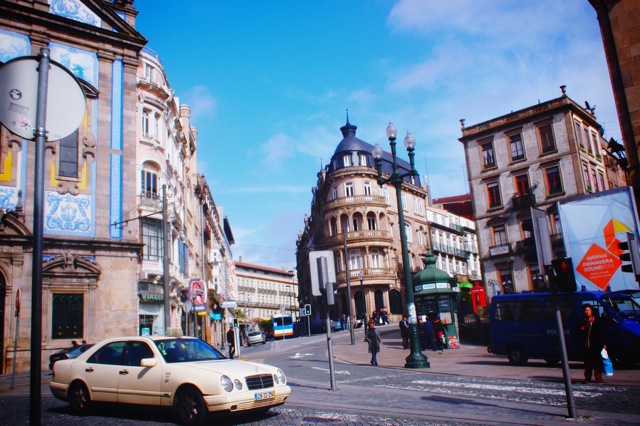 I’ll have to storytell about the rest of the day in another post, as I have a plane to catch in a couple of hours and I have yet to pack! I’m off to Andorra for a week of snowboarding and dancing as part of snowboxx festival. Follow me on twitter or instagram (@smallcrazy) for real-time updates 😉

In the meantime, I also want to share with you a fun project run by eight students at Porto University. They’ve started a blog called HiOporto to share with us all things fun, happy, cool, and quirky in their beautiful city. In their latest post they talk about a restaurant/tea house with a rather exotic atmosphere called Rota do Chá –  too bad I didn’t know about it when I was there!

YOU HAVE THE BEST LIFE EVER. Also: how come Airbnb apartments in SE-Asia aren’t as pretty as the ones in Europe? For shaaaame.

Ah this looks so amazing. I am forever jealous at your endless holidays!

I guess you really had lots of fun there! I was in Lisbon (first time in Portugal) a few months ago and really liked it.

I just bought a bottle of Port wine to remind me of the experience the other day. You are welcome to check out my posts from the trip if you want.

Oh, BTW… I found your blog on Big Blog Exchange and already voted for you. You are welcome to visit mine and vote for it (if you like it of course): http://www.bigblogexchange.org/blog/389001 .
I have been posting about Italy quite a lot lately – I think you might like it (Venice is coming up next week). 😉

Have fun, keep travelling and don’t stop blogging about it!