*this post contains 30 beautiful pictures!
On day 4 out of 7 of our trip we drove up to a little town called Soller
It’s on the north-western part of the island and apparently famous for growing oranges and lemons :)You can take a train there from the town of Palma – it’s apparently a very popular train ride because you pass through lots of lemon and orange farms and the air smells of citrus-y goodness
But of course, the lazy/easy way is to simply use the car………..hmm

First here’s what I wore: 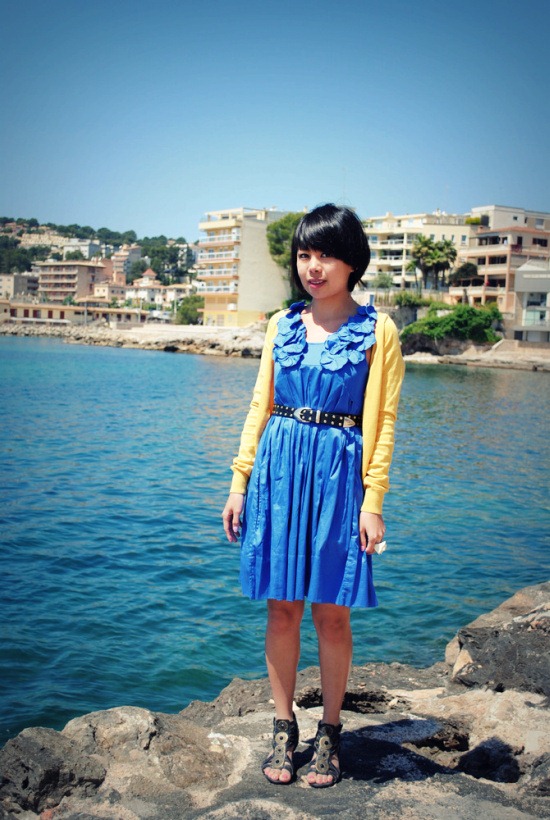 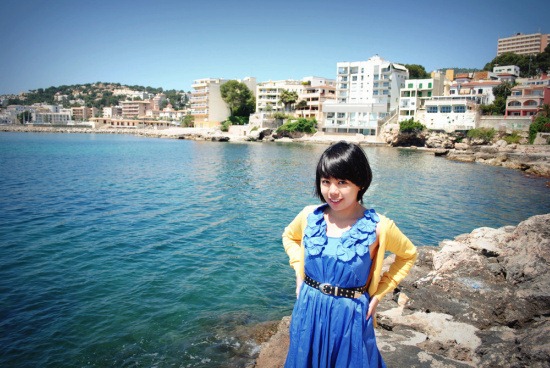 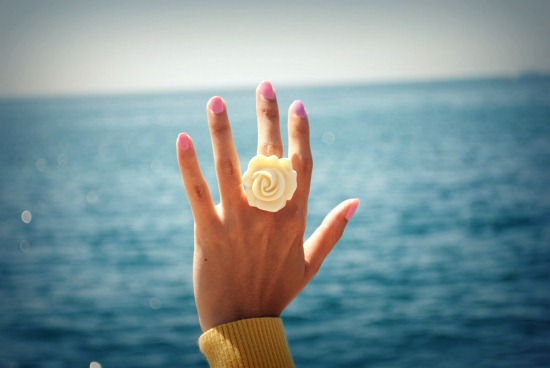 My cream rose ring which is SO overworn
You’ll see it in heaps more pics to come :S
Nails are pastel pink and purple by Barry M 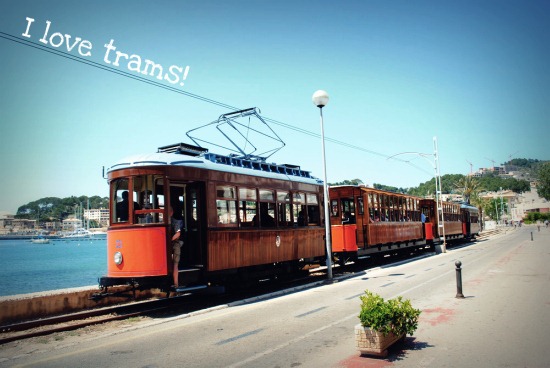 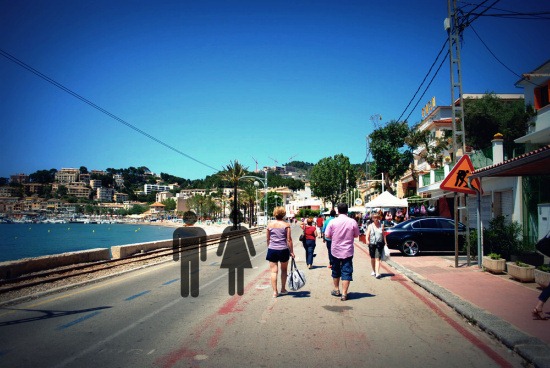 Had such a relaxing day
There weren’t that many people around
But the air felt so good
I love being close to the water
And food.. 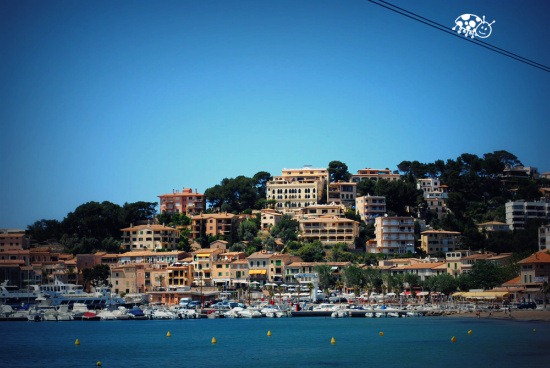 Some houses by the port 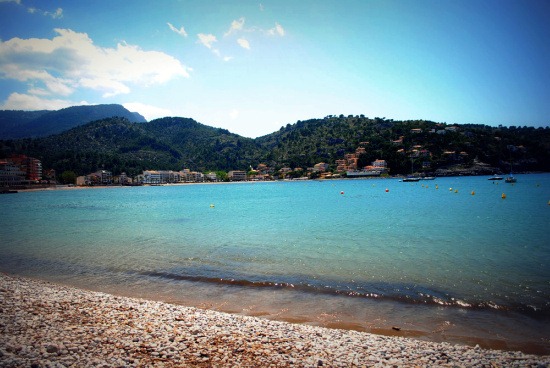 The beach
This was actually the worst beach COMPARED TO all the other beaches we visited during the week there – yes just IMAGINE how beautiful all the others must look!
I’ll share pics of that soon hopefully *thinks of when I have time…* 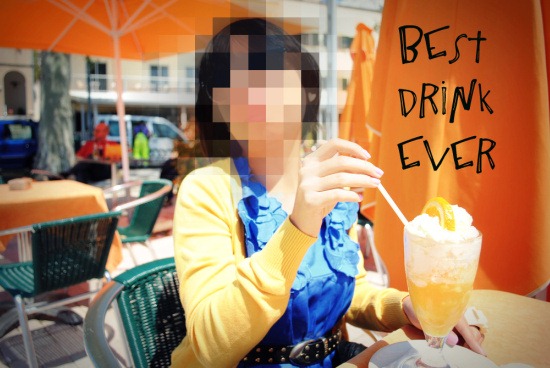 We sat at an outdoors cafe by the water
Where I had what could be the best most refreshing drink I’ve ever had!
It’s fresh orange juice mixed with orange sorbet, topped with whipped cream and vanilla ice cream

(Had to pixelate my face cos I was doing something gross) 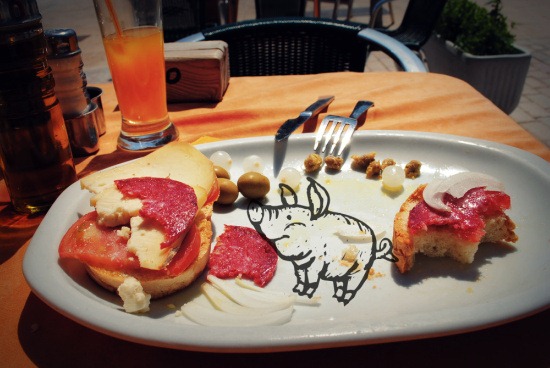 ahh.. Spanish olives *drool*
I ate so many olives there I think my pee started smelling like olives!!

Orange Juice on the Mountain

Leaving Port Soller, we drove up the mountain and found a little shack perched on a little cliff
There was a viewing point
And in the shack there was a woman using a juicer, selling fresh orange juice 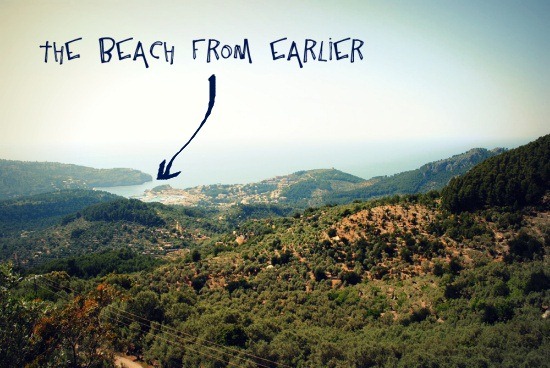 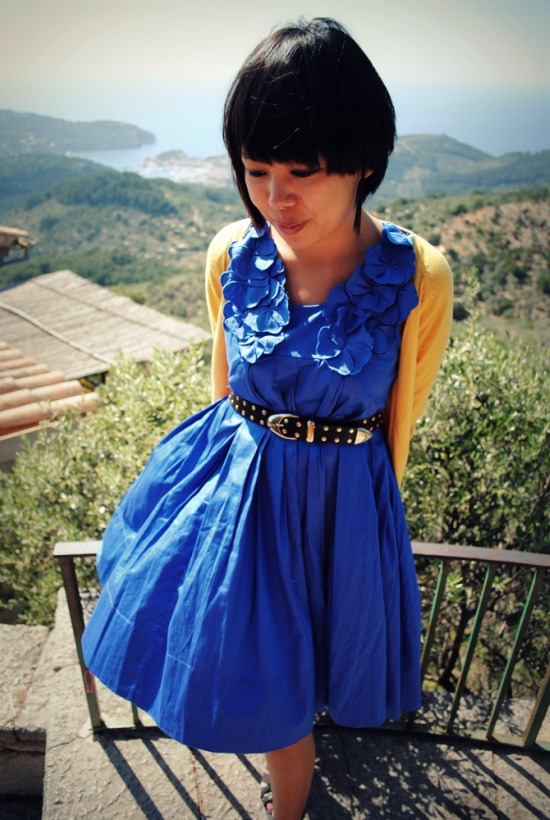 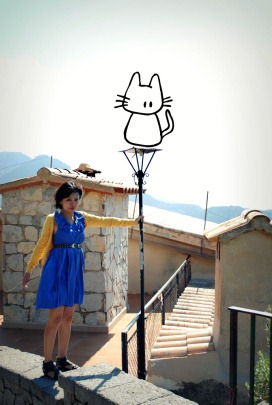 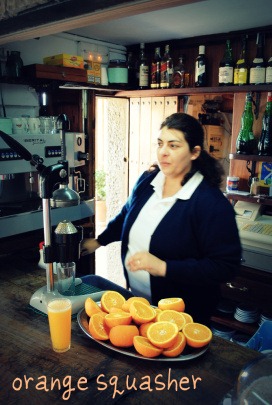 It was 1.50 euros per glass
SO GOOD
Very worth it! Ha ha
Felt so happy cos I LOVE orange juice and this was certainly one of the best I’ve had 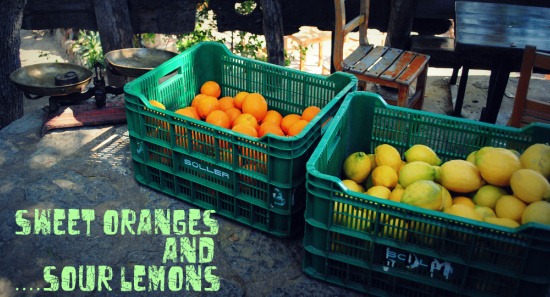 Top of the Mountain

Plus I can hang more than half my body out the window and pretend I’m flying as the car ascends/descends
Cheap thrills! 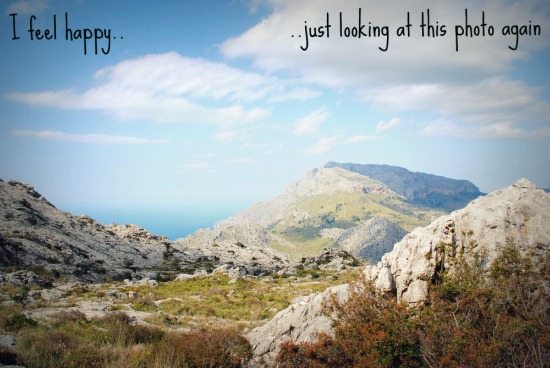 Stopped at an area at the top/close to the top
It was breathtaking
The weather was perfect! 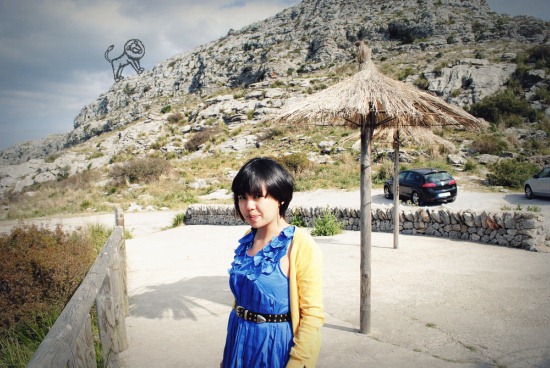 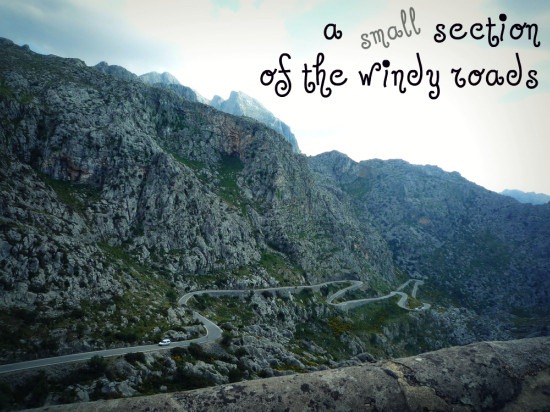 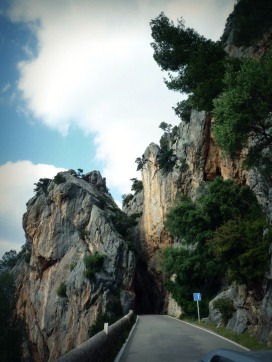 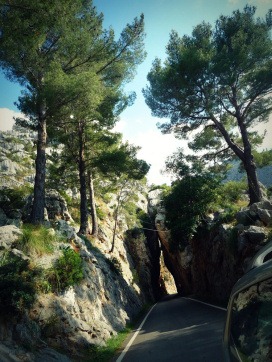 One of the narrow ‘tunnels’ we had to drive through
Very exciting!! 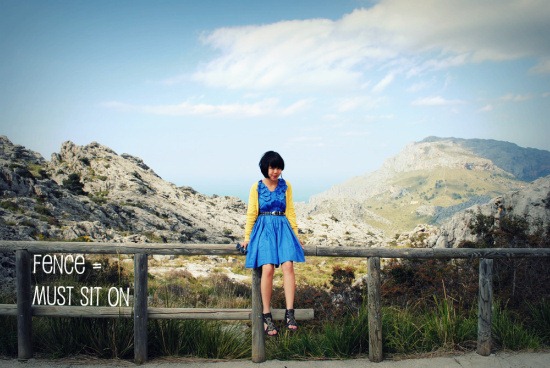 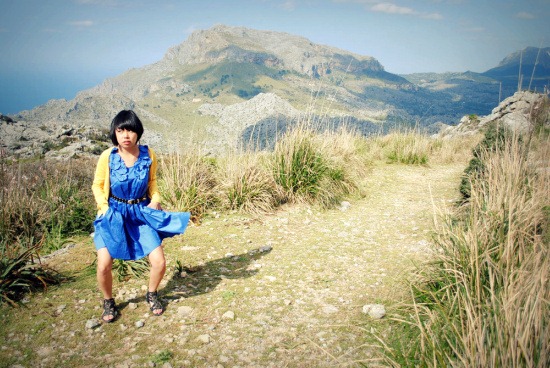 Thought this was funny!
Spent ages just prancing about, taking in the air and the views
And listening to the tinkling of bells from mountain goats grazing in the distance

Makes me happy to be alive 🙂 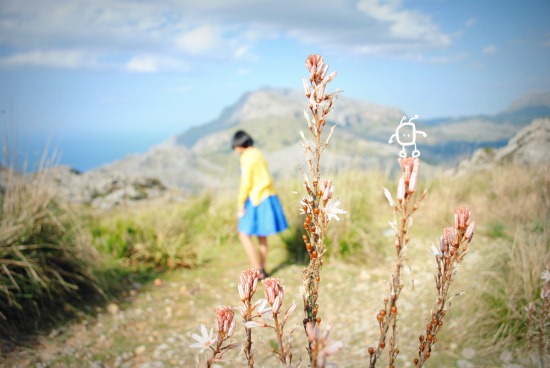 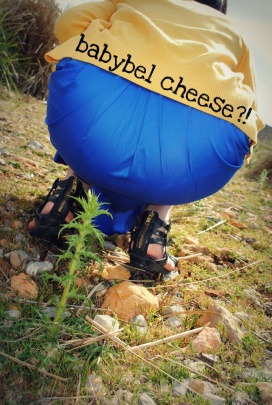 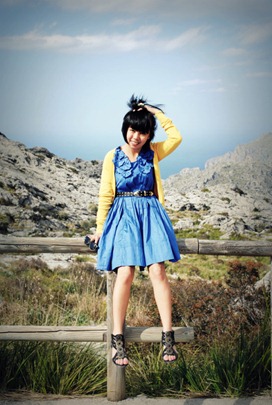 Ok seriously
Does my bum look like a big piece of Babybel cheese or what!! 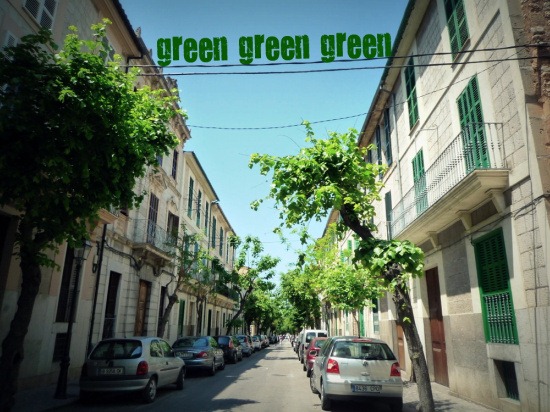 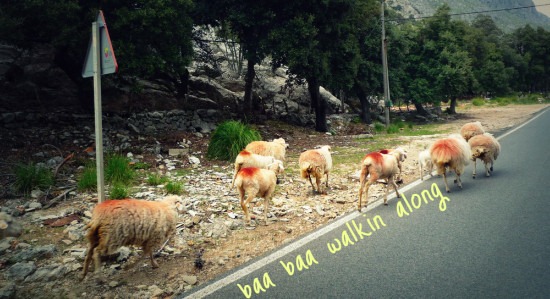 Some of the many sheep we saw trotting about
They’re actually really vocal, going ‘baa baaa baaaa’ along the way 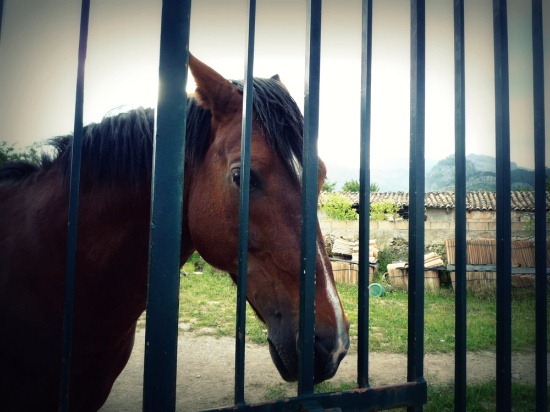 He even followed me along the fence as I walked away
Arggh.. I turned on a HORSE!!

As we exited the town, the streets were actually lined with orange trees
The Mr, being ever so clever (sarcastic, obviously), thought ‘Oh hey you know what, I’m gonna pluck one and EAT IT! It’ll be great!!‘

So he steps out and shamelessly nicks one off the tree
And proudly hands it over to me to peel
I peel it
And when he’s not looking I have a little nibble and realised it was SOUR AS HELL!

“Here, I’ve peeled it for you, have a piece it really IS good!”

Ohhh my god the look on his face as all the super SOUR juices hit him
I nearly died laughing!!!!!! 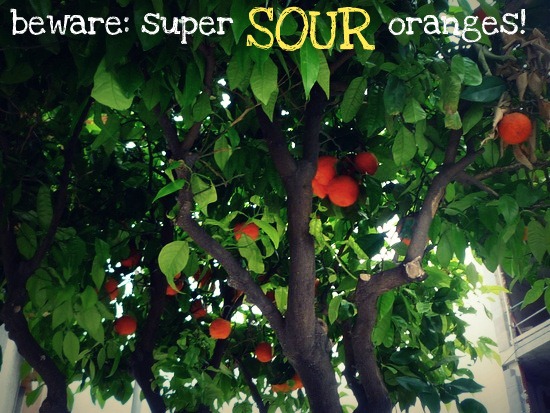 Lesson: do NOT eat oranges that are meant to be street deco

great post! love the photo’s, looks so beautiful in Mallorca!! love your dress too
xoxo

the whole trip looks amazing! we need to talk about this more the next time. i always thought Mallorca was just a beach resort based on what my friends told me =)

Great post! Your lovely photos are killing me as it is cold and rainy where I am. Loving your bright outfit and nail polish too 🙂

where you went looks so beautiful! i wish i could come to europe!

Haha, I love it!! Your outfit is so cute! I love that shade of blue!