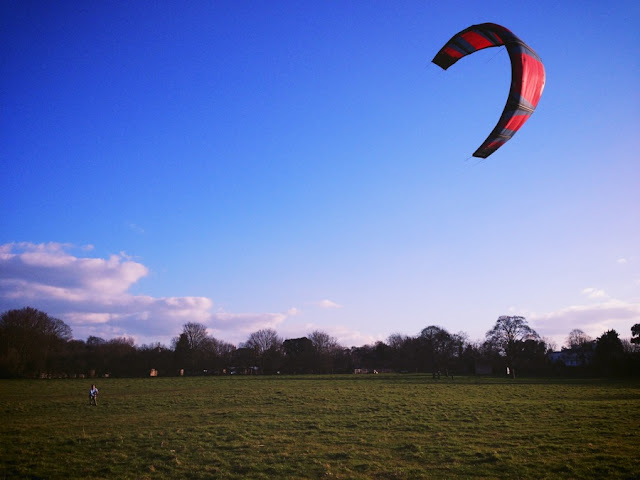 Two Sundays ago, London had the luxury of basking in a full day’s winter sunshine. I woke up that morning with a burst of energy.. and so did my friends, because before we knew it, we were plotting to meet at Richmond Station to spend the day on the green with Alberto’s giant kite. There’s no surf and no board.. so I like to call it kite-running. This is when you fly the kite on a large open area, controlling it with your feet on the ground.. and if the wind is strong enough you can even fly up into the air for a short periods! 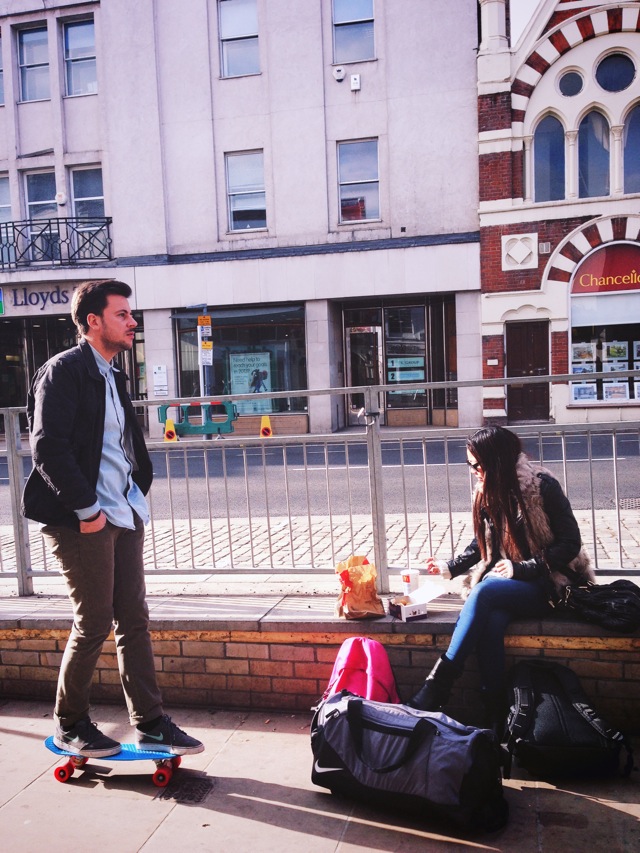 We had a glamourous lunch of Maccas on the sidewalk as a means of sustenance for the rest of the afternoon.

We had initially wanted to Boris Bike it (for non-Londonders, this is the city’s cycle hire scheme) to the park, but we were stupid enough to think that the Boris Bike rails extended into Zone 4… so that was THAT.

In the end, it was the trusty 65 bus that took us to the green green grass just by Nightingale Lane. Well, us minus Alby anyway, who trailed the bus with his trademark blue bike. 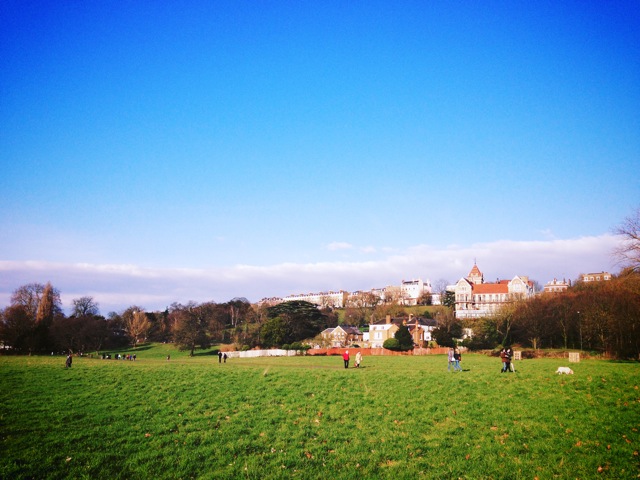 It really was a spectacular day.. especially by London’s standards. Haha. 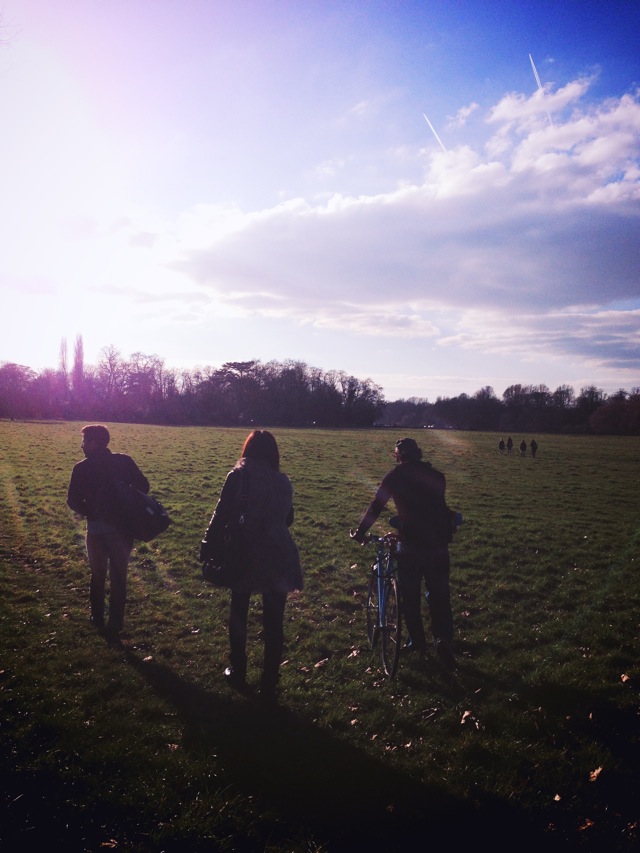 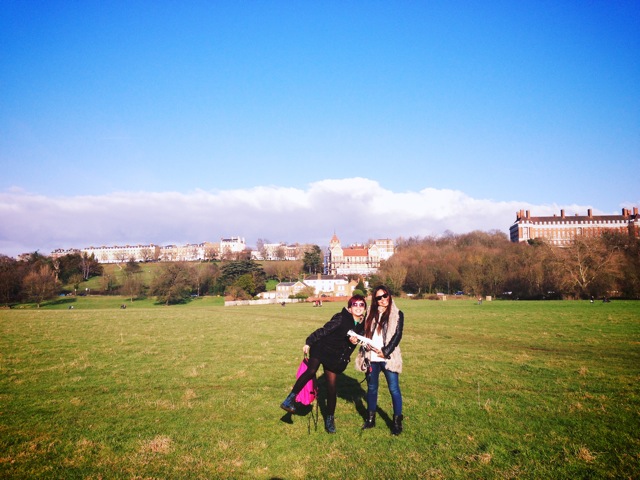 The air was cold though.. about 5 degrees (centigrade). 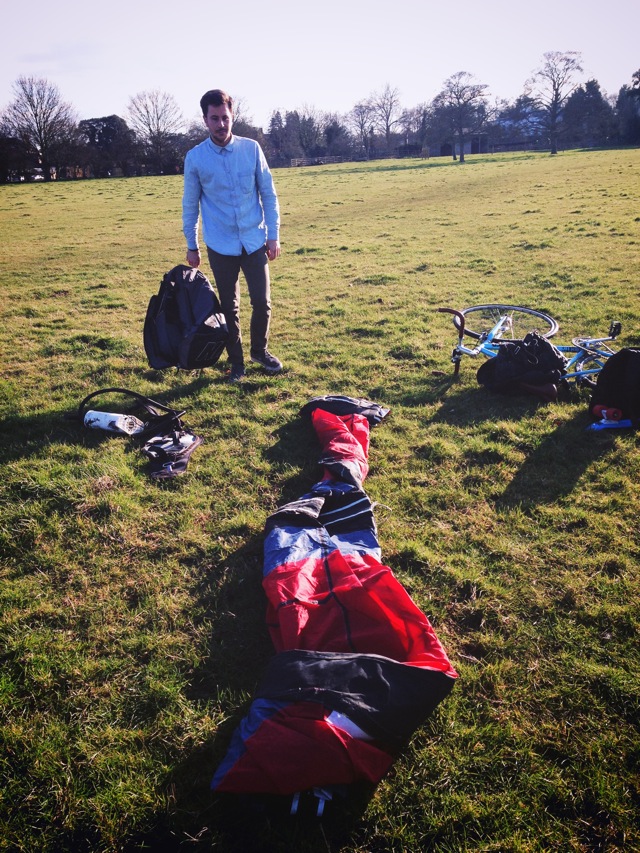 Whilst the rest were busy setting up and pumping air into the kite frame, I took the liberty of having a go on Alby’s bicycle. His very HIGH bicycle. I don’t know WHAT made me think that my legs were long enough, cos within 10 seconds I had banged my crotch on the bar twice..  I ended up cycling it standing up. 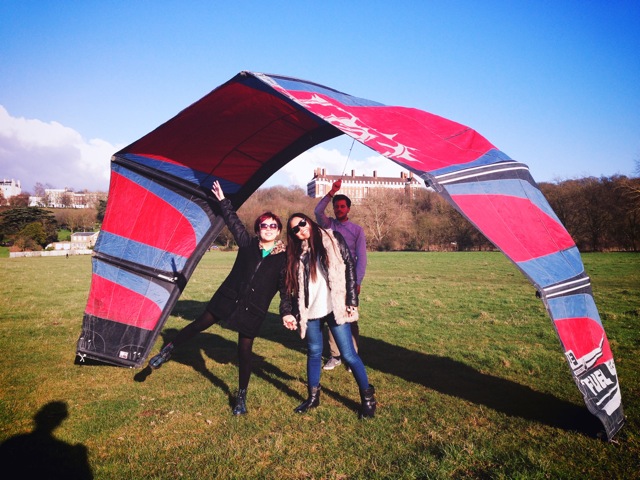 The kite is up!

Also, now I know why I’ll never really get into kitesurfing. Just SETTING UP that thing is SO much work. After pumping up the kite, you still gotta untangle the millions of strings that connect the harness to the kite. Then lay it all out. Have someone hold the kite while you wait in the harness. Make sure you’re facing the right direction in relation to the wind, and time it correctly so that the kite can take flight when it’s released.

At one point, we would be getting everything ready and JUST as we were about to go, the wind direction would CHANGE, as if to spite us. This repeated like a vicious cycle for about 4 – 5 times. It’s good exercise, though. 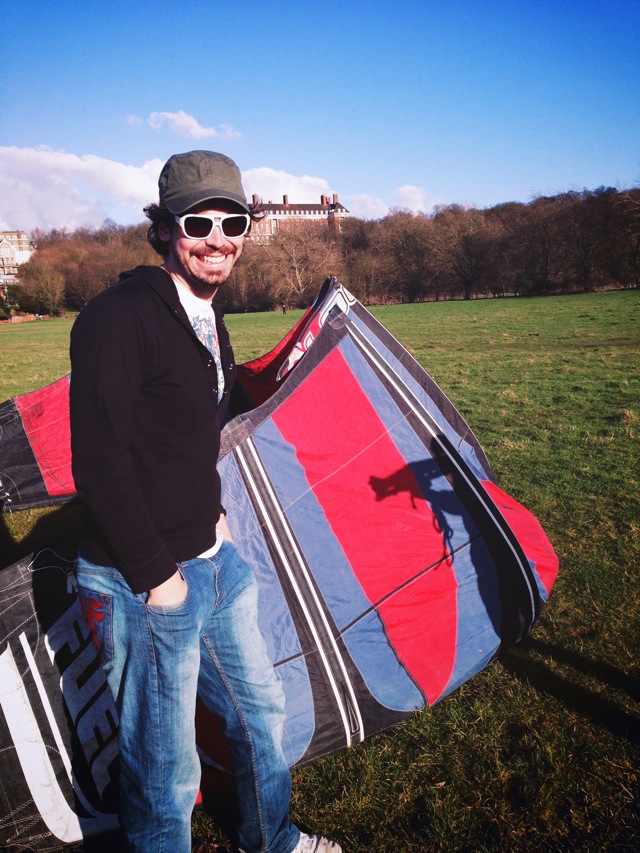 Jeremy was getting a kite-flying lesson from Alby that day, so he was very excited. 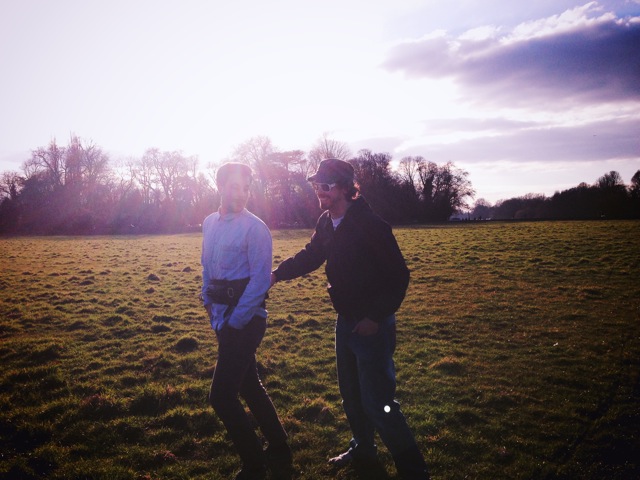 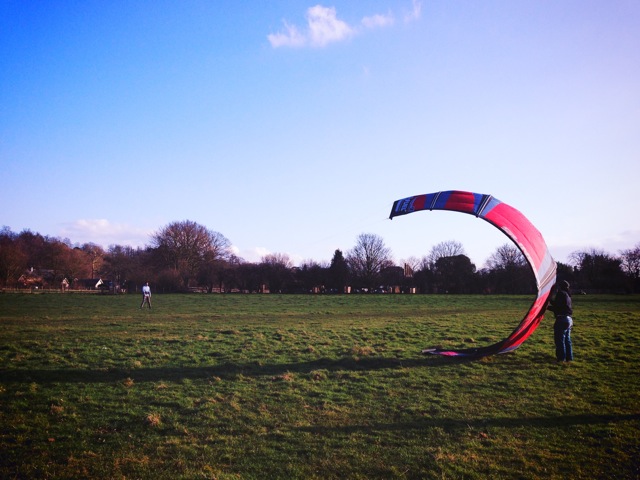 In this photo you can see Jeremy holding the kite, waiting for the right moment to release it, a.k.a. when Alby shouts the order at him.

Controlling the kite is tough work! You really gotta know how each movement of your arms affects the way the kite behaves. 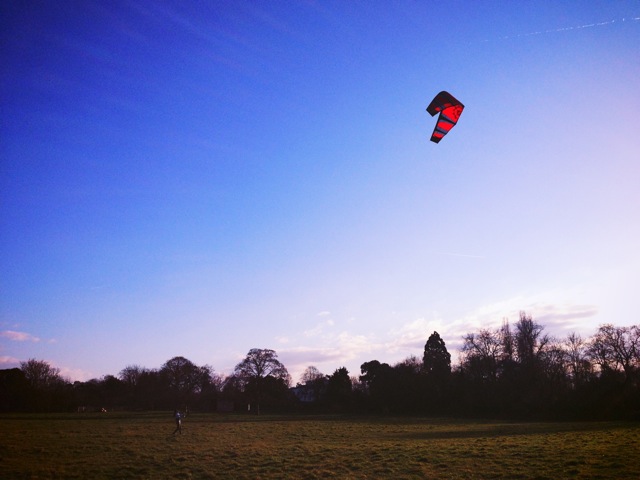 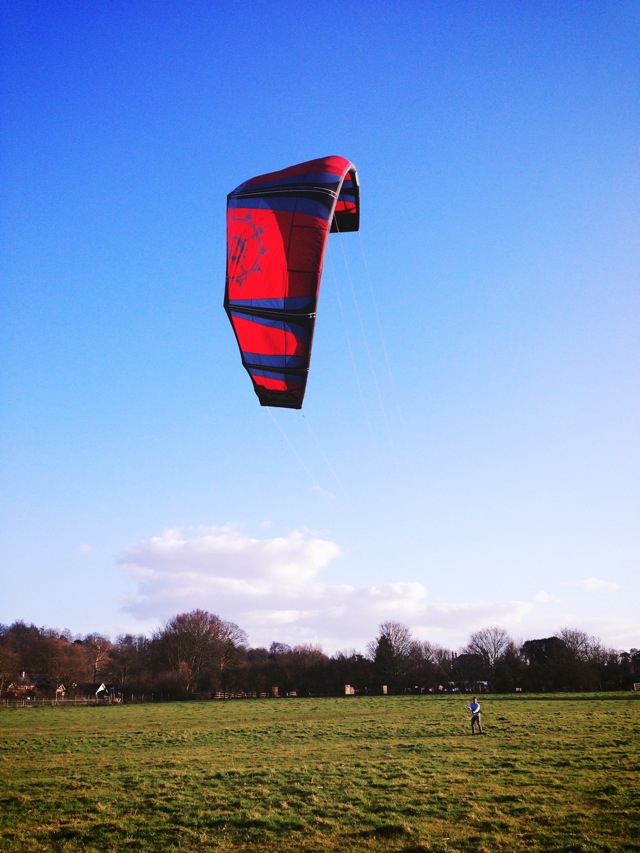 We were lucky it was windy enough that day for the kite to stay in the air for a while.. although I was mostly watching. And being yelled at to get out of the way….. :p 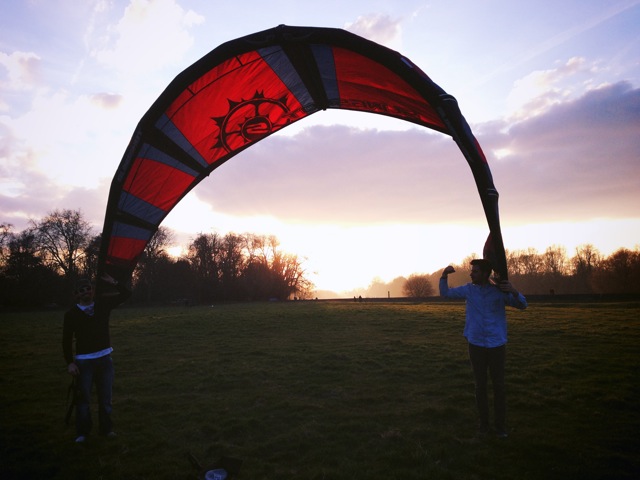 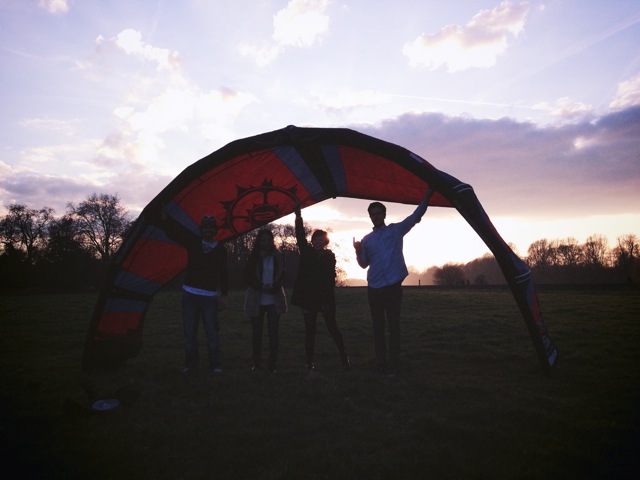 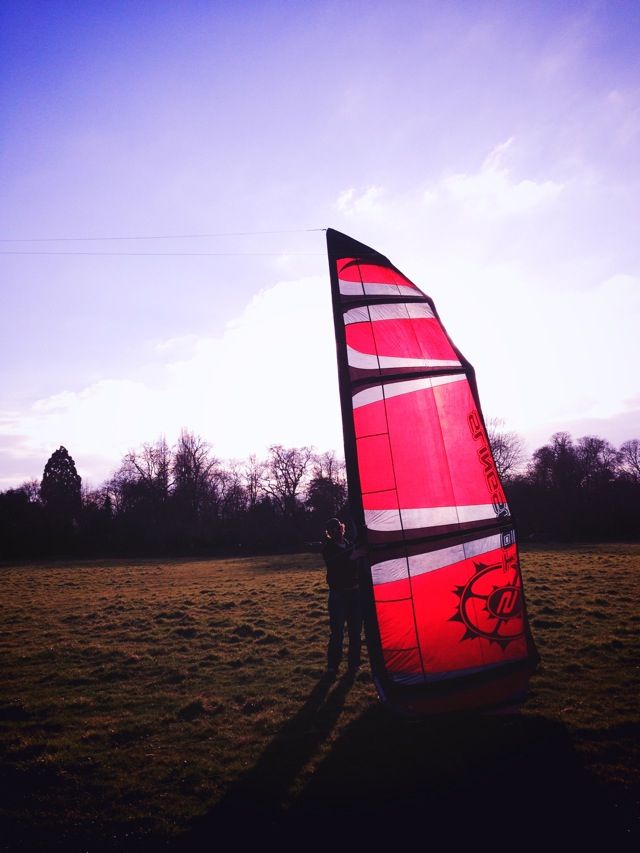 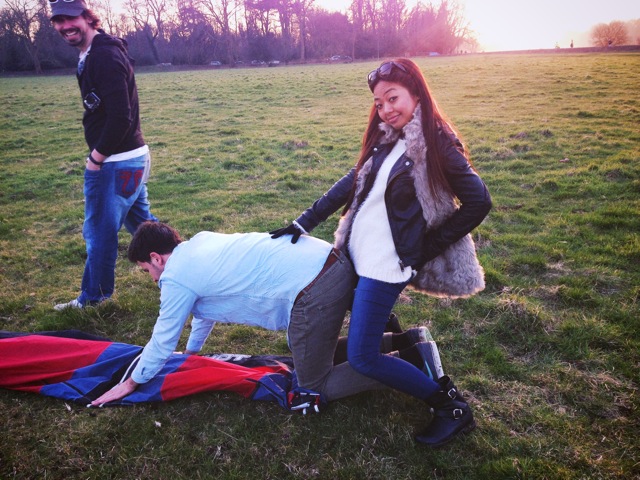 All photos in this post were taken using my iPhone 5. I took a few hilarious Vine clips as well (find me @smallcrazy) but I haven’t figured out a neat way to share it in a post yet.. boo 🙁 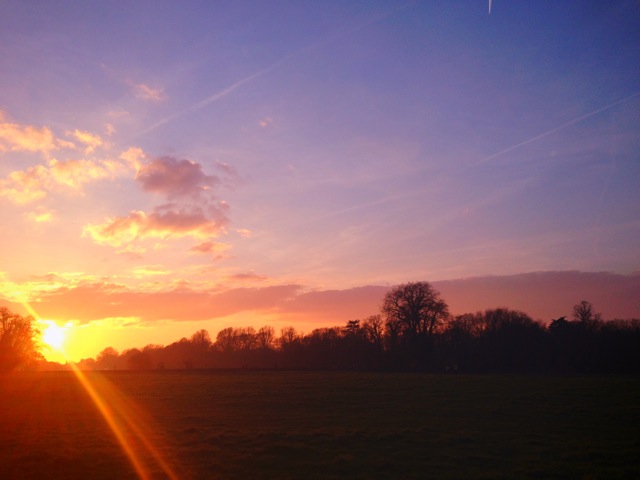 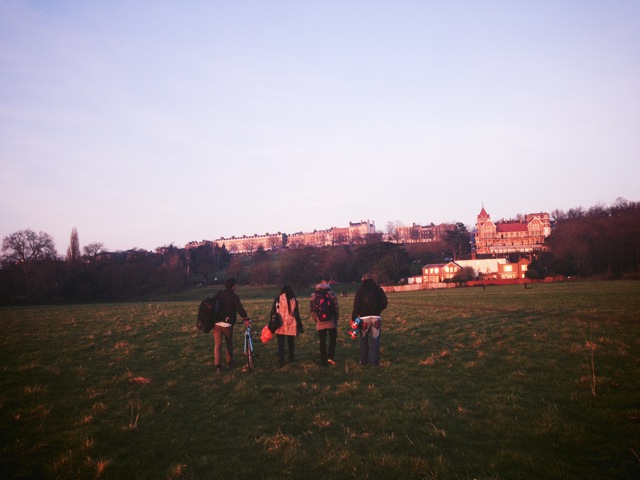 We stayed till sunset. And it was a magnificent, golden orange sunset.

I couldn’t help but take a two million photos as the group walked ahead of me towards and along the river in a quest for… food. 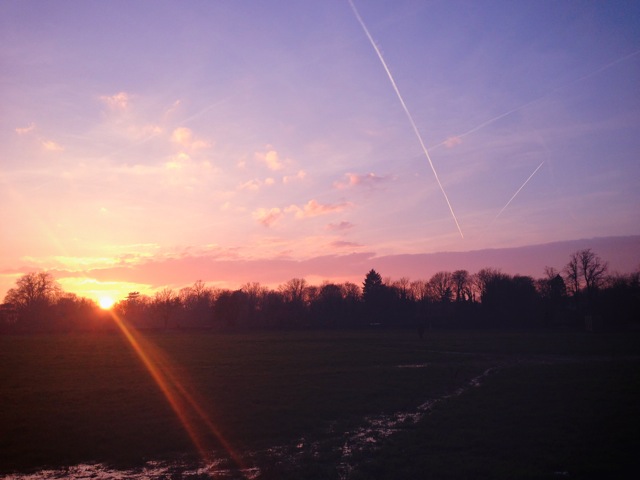 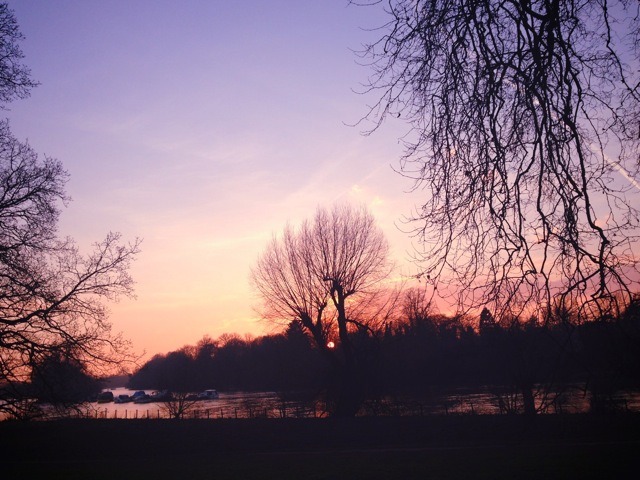 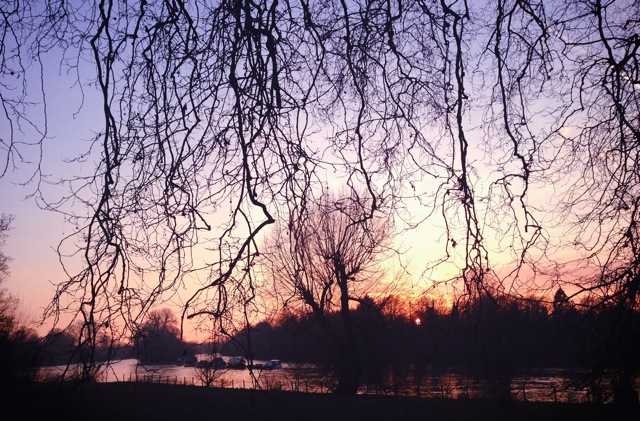 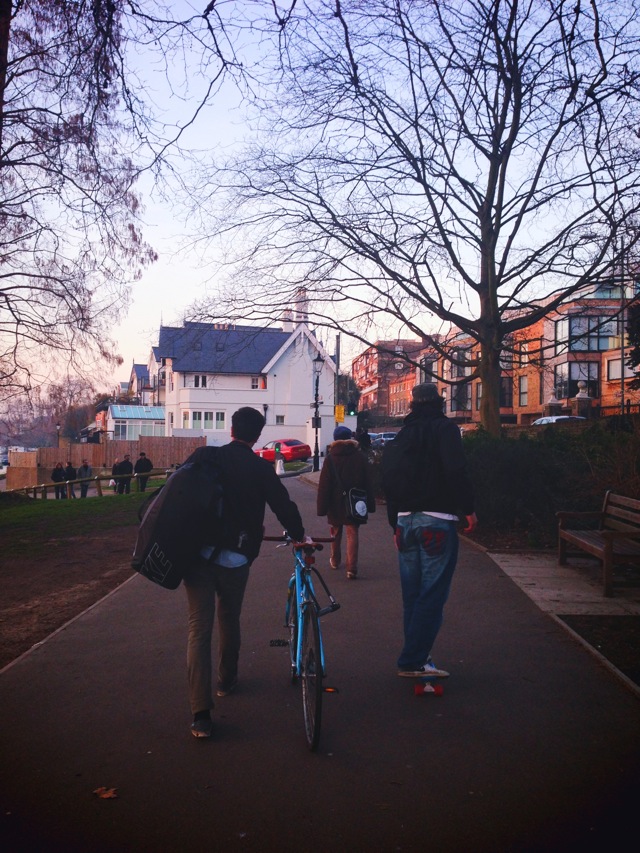 Jeremy brought along his classic Penny skateboard.. I’ve always wanted to get a skateboard for myself, even though I haven’t actually skateboarded before. But I’m confident I’ll pick it up easily.. and after seeing Jeremy cruise along on it so effortlessly and awesomely, I’m really wanting to buy myself a hot pink Penny! Maybe for the summer… 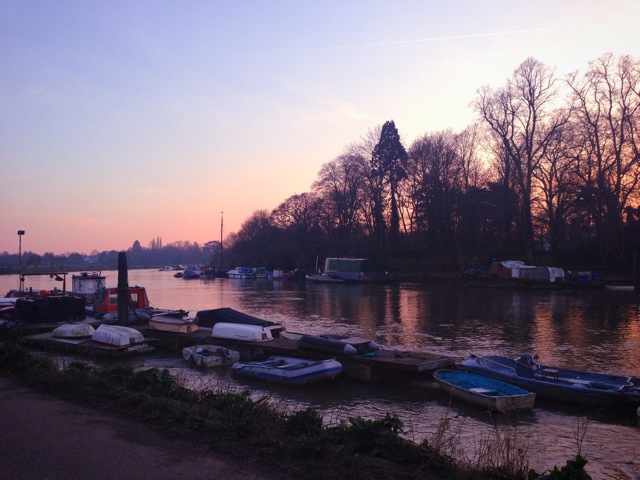 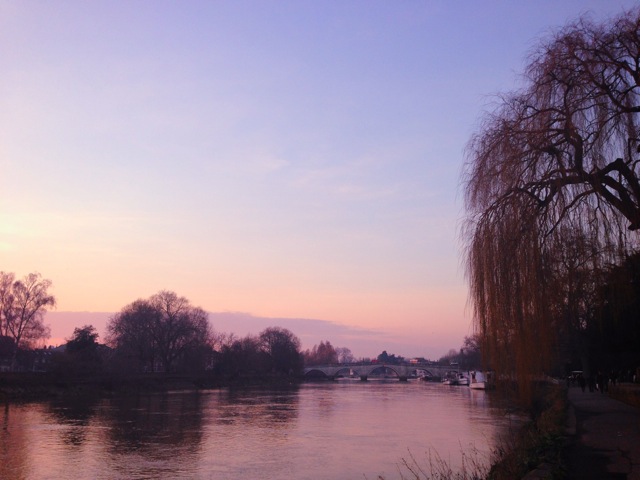 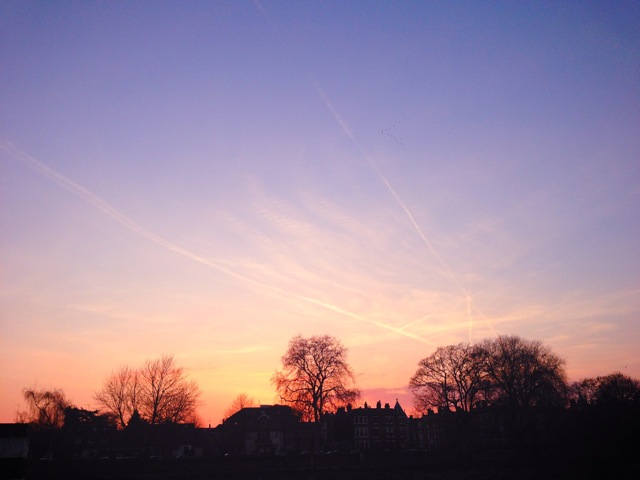 haha the bent over photo! This looks like such great fun, I think Corben would love to try this. The sky looks so pretty in these photos xx

Ahhhh this looks like such a perfect day out (and a laugh judging by your photos!!!). Who doesn’t love a good sunset pic? You took some lovely ones!!