Thanks to Costa Bingo for offering me a bunch of tickets to go ice skating at Winter Wonderland  just before Christmas!This was my third time at the annual fun-fair hosted at Hyde Park every year since 2007 – incidentally, the year I moved to London ;)For those unfamiliar, it’s like a huge playground with various amusement park rides, carnival games, food/drink stalls and Christmas markets. There’s also an ice skating rink and a big ferris wheel set up on the grounds. Winter Wonderland keeps growing every year! 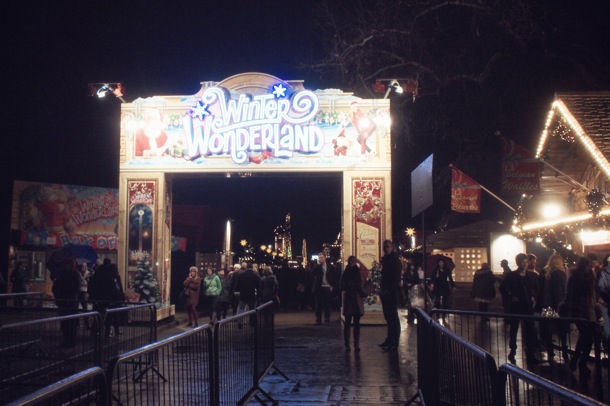 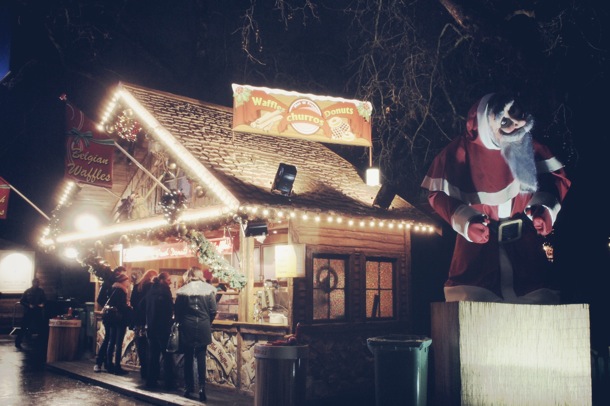 I thought this Santa was rather freaky.. (ie My kinda Santa.. haha) 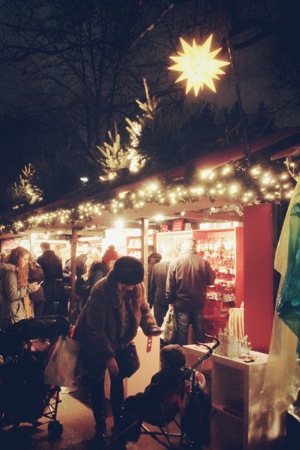 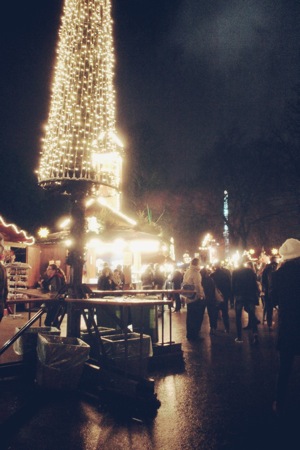 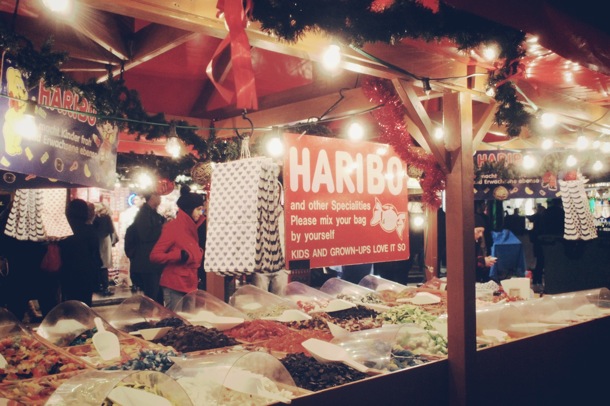 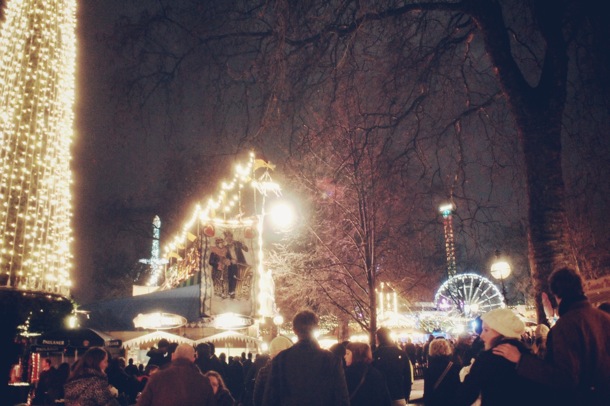 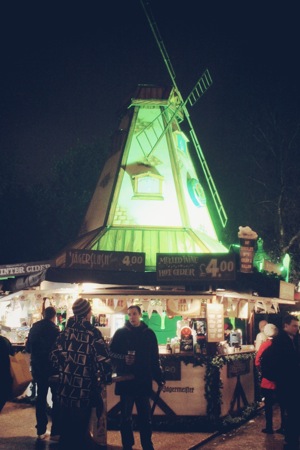 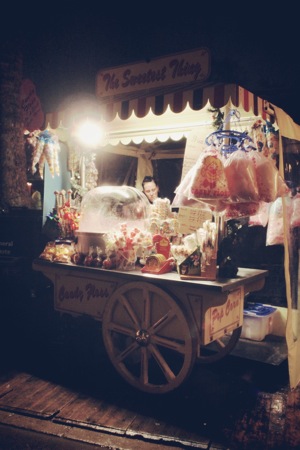 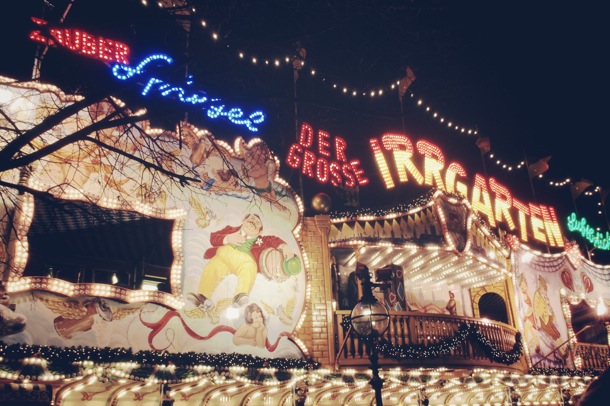 Some sort of haunted house.. I bet it’s not even really scary. Hehe. 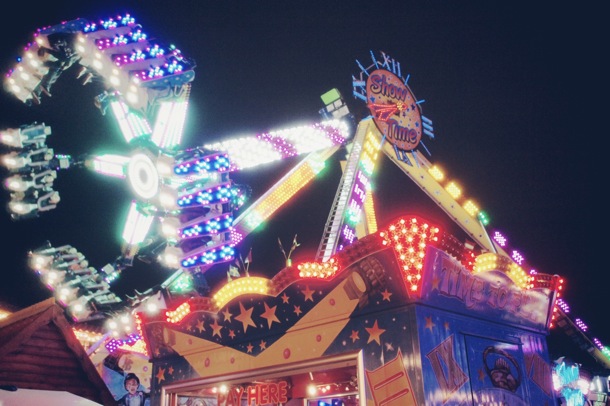 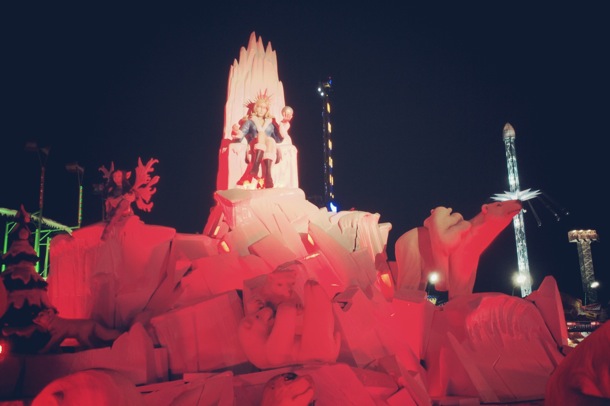 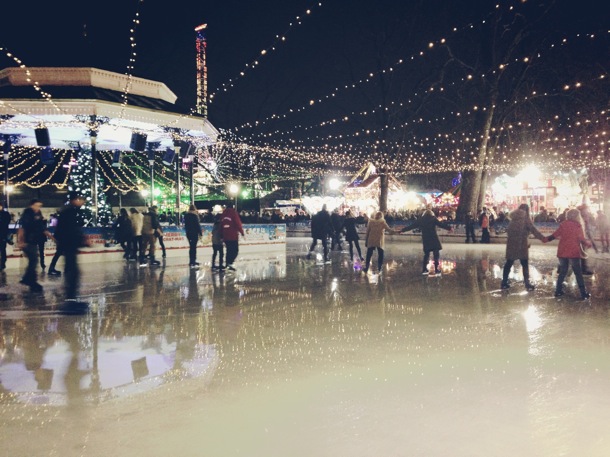 Someone in the group chickened out of ice skating in the end because of the condition of the ice that night.. but the rest of us carried on. UNfortunately, the ice wasn’t kept very well by the management and it was completely waterlogged. At some parts of the rink, the water was up to about 4 inches deep!

I skated SO CAREFULLY (ie slowly, like a snail) as I warned myself I would NOT fall on the wet, slobbery ice..

In the end, we only stayed for about 20 minutes at most before giving up and heading for the mulled wine and food instead..

…at the Bavarian Beerhouse. This reminded me of Oktoberfest the year before! Prost! 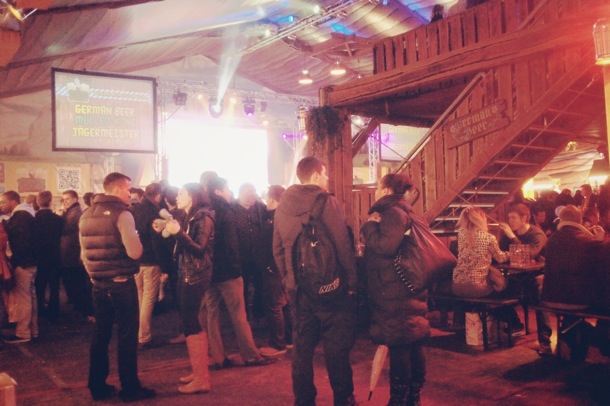 You could order mulled wine with a shot of rum, bourbon, or ..whiskey (my memory might not be 100% correct here) for something between £4-5. 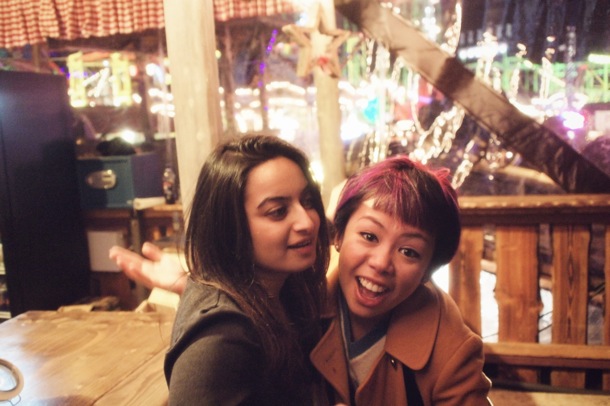 Reena and I had a few and we ended up dancing up a storm.. or rather.. dancing like morons (what’s new!) 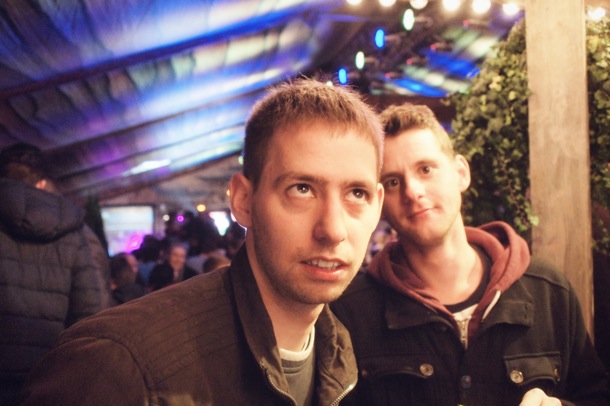 Steven used to live with me in Euston/King’s Cross; that’s how we met. We’ve both now escaped.. haha, I say escape because there was a third person in the flat whom we both just didn’t get along with ;p 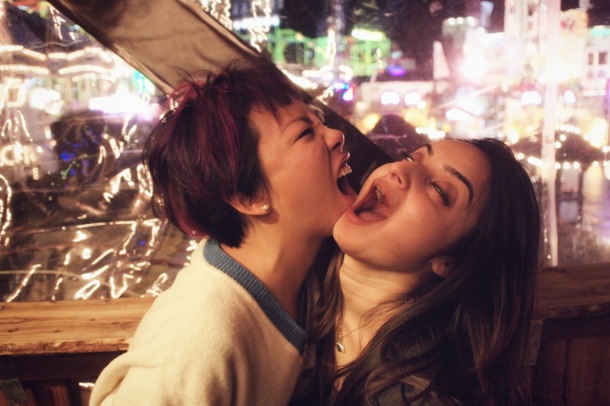 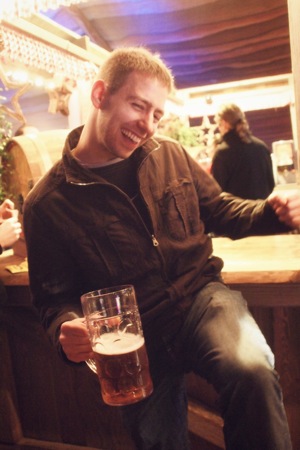 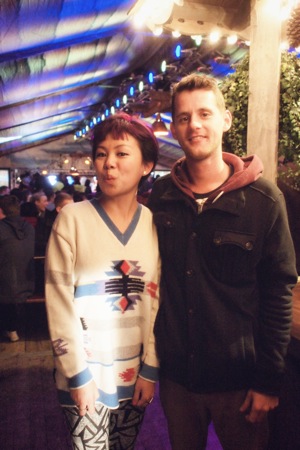 They also sold 1L beers a la Oktoberfest.. for £9. 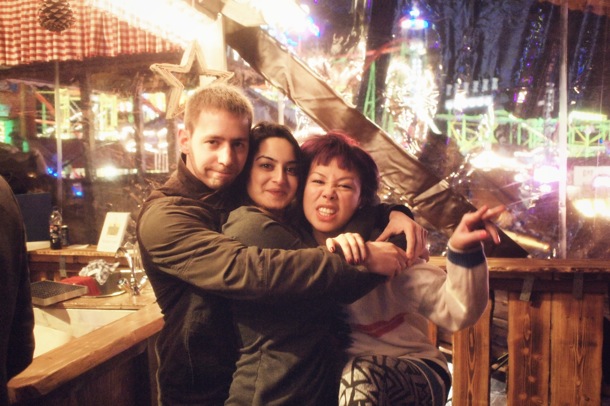 I won’t say too much about the rest of the night as it’s rather embarrassing but the conclusion is I HAD A REALLY GREAT TIME!!

Winter Wonderland is open at Hyde Park until 6 January 2013.

i love hyde parks winter wonderland! its just perfect for that time of year and your pictures really capture it!