Here I am again at past 1am updating this blog! I can’t seem to find any other time..

Anyway, this is a short post mainly about what I wore – because I haven’t got photos of anything else! -to London Fashion Week this season. I only attended for one evening to watch the House of Evolution show at Vauxhall Fashion Scout (showcase for new talent) before going to the afterparty at The Dorsia. Thanks Katch PR for the invitation! 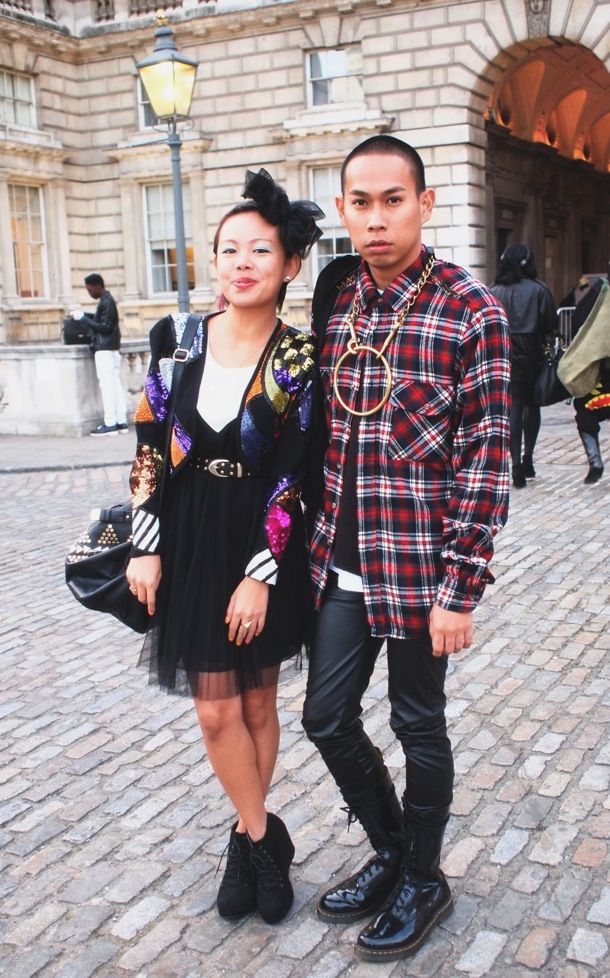 Sequinned Jacket & Belt – Vintage
Dress – Azorias
Bag & Headband – Topshop
Shoes – eBay?
I LOVE my sequinned jacket. I bought it two years ago somewhere along Brick Lane for £40. I didn’t know when and where I would wear it but I just knew it would come in handy one day (I  have a lot of such items in my wardrobe – I call it ‘envisioning the future’). 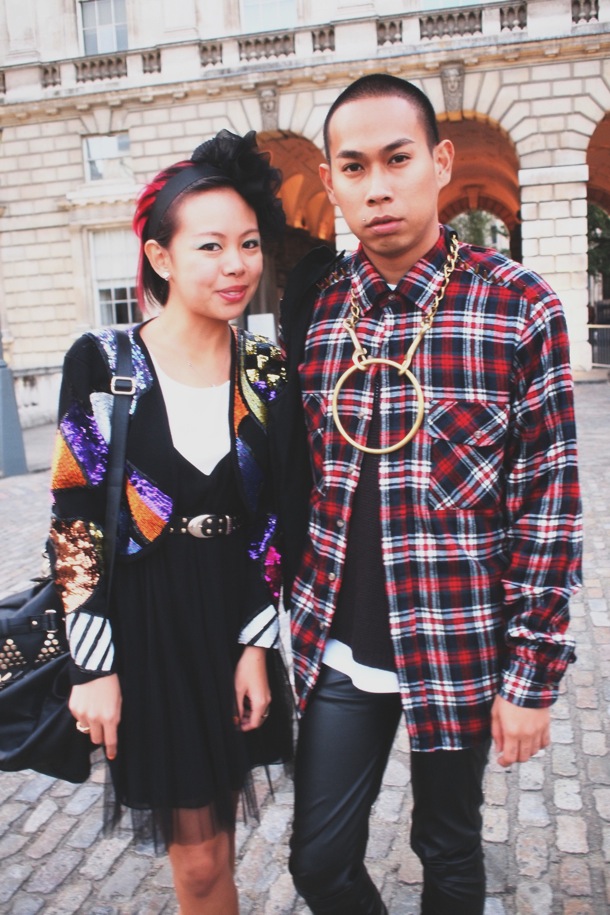 I went with Ming, my super duper friend who’s also a hairstylist/makeup artist. The ‘necklace’ (the CIRCLE) he’s wearing was made by his friend James Hock, who’s a designer, and attracted lots of attention!

We had our picture taken by a number of people but I don’t know where those have ended up… err. 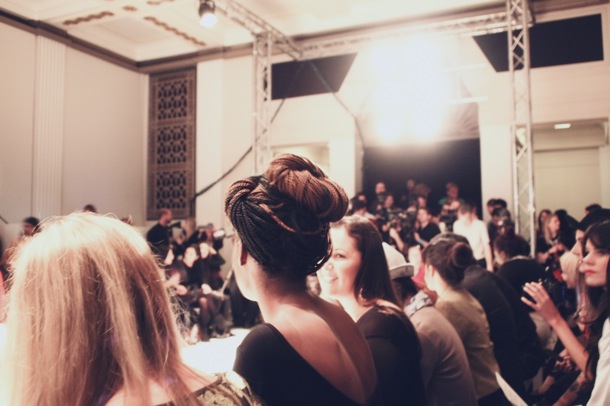 I didn’t really take any photos during the show as I was busy actually watching it with my own eyes? If that makes sense.. anyway

DB Berdan was my favourite. Although mostly pastel colours, there were lots of animal prints and I think might have spotted a bit of neon as well as some mesh. It was a FUN collection! Click here to see pics of some of the pieces from the runway. 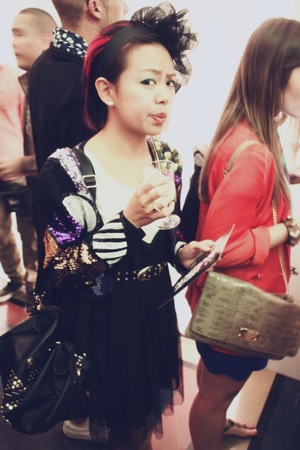 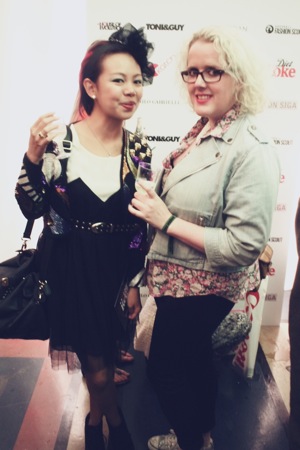 I met with Hannah from Bow Dream Nation. This girl is a BURGER CONNOISSEUR. If you ever need advice on where to eat good burgers in London, this is your lady right here 😉

After the show, Ming and I scooted off to The Dorsia in Kensington, where we met a couple of cool Russian ladies with elaborate headwear and makeup. I know we took lots of photos together.. but not using my camera so.. I don’t have copies! I just remember there were some really funny ones!

I wanted to show off the jacket a bit more but I just ended up taking tipsy pics of myself in low light (I’ve edited them to look brighter hence the graininess), at home. Sorry! I didn’t even get a shot of the back of it! 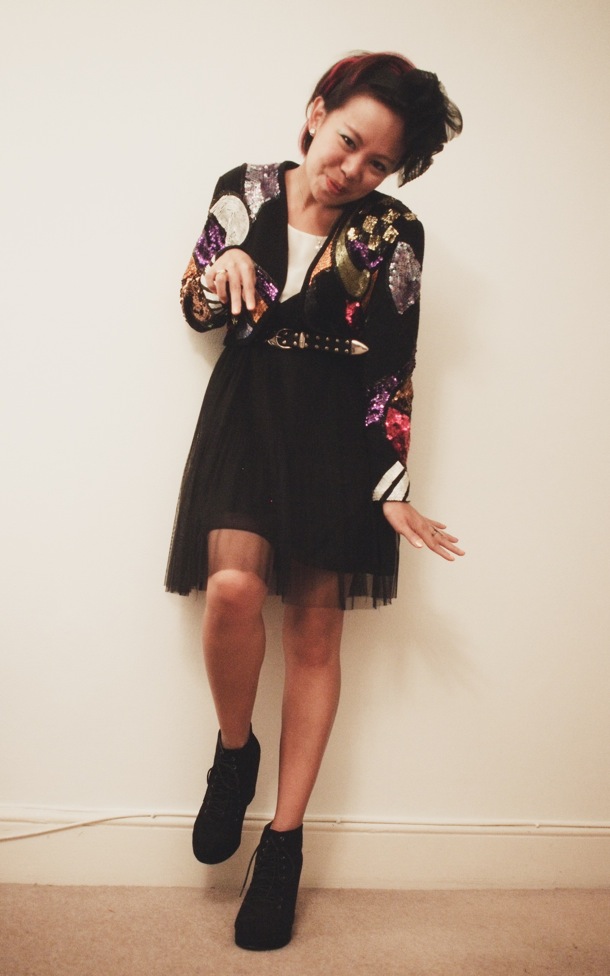 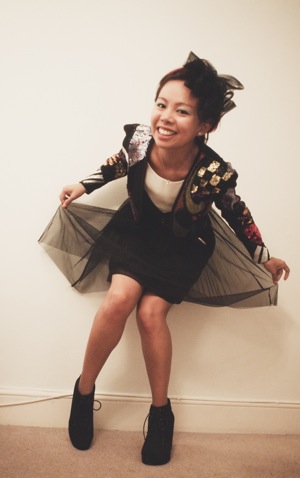 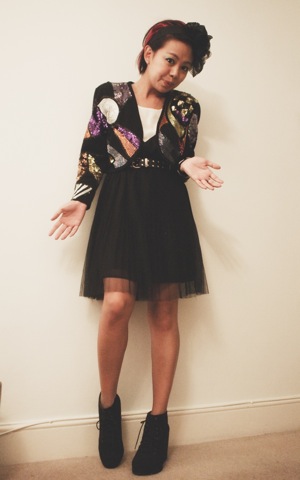 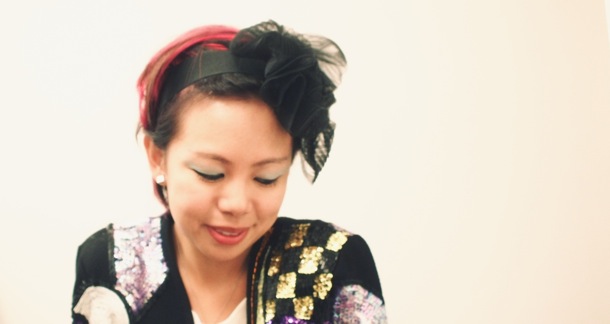 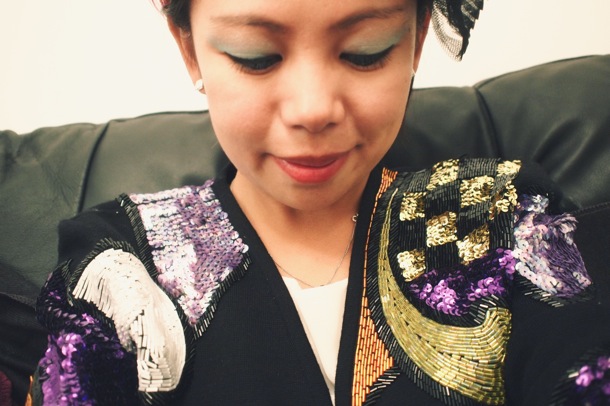 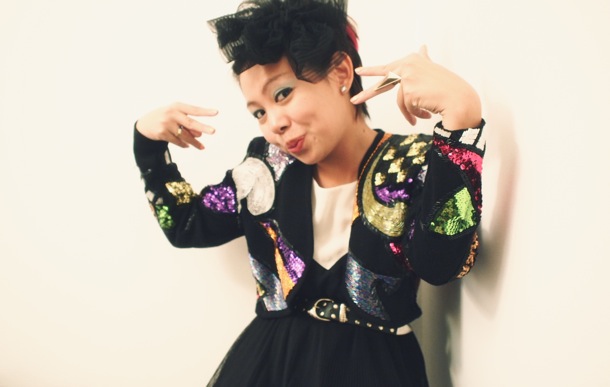 You know why I did this stupid pose? To show off the sleeves! -_-

OK I think that’s about enough pictures of ME >.< 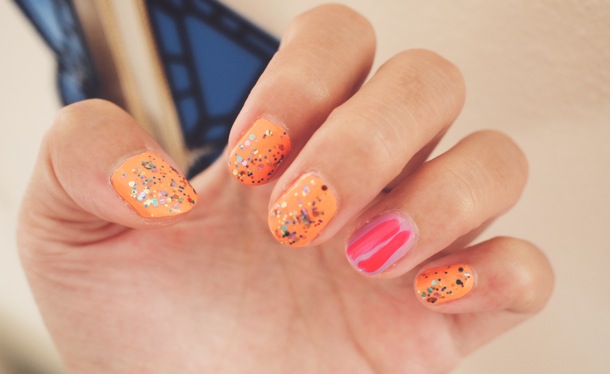 BURGER CONNOISSEUR LOL!!! Your outfit was so pretty that night, love all the sequins! My converse were silver sequins too. DB Berdan was my favourite too 🙂

great shoes! this set is cool <3

you both look great! that tulle skirt is amazing and i’m glad you bought that sequin jacket even if you didnt know what to wear with it originally because it looks awesome on you

You two look awesome together – no wonder the street togs loved you. Your head band and his necklace, are pretty fab!

Oh I am such a sucker for glitter. Love the nails!

u r such a colorful character. looove ur blog. blog more though 🙁 hehehe

your outfit is soo cute love all the little accents of textures and colours!

LaaaaLOVE your style!! I’m obsesses over your cute short hair, too! You pull all your looks off so well.

Got to add your blog to my daily reads list!