Albeit rather quickly, we completed The Golden Circle with about an hour left to get from Gullfoss Waterfall down to Hólmasel Farm (close to Selfoss and about an hour’s drive from Reykjavik going east).
We had booked a 1-hour dogsledding tour for about £80 (ISK 16,000) per person with www.dogsledding.is – as far as I know, this is the only company in Iceland to offer dogsledding tours to visitors. We were a little disheartened as the weather conditions weren’t in our favour that day, meaning there wasn’t enough snow to do the actual dog SLEDDING. It was also intermittently rainy and super windy. Hence we had to settle for the alternative, which is something they call Dog Trolling and involving a little kart on wheels instead of a sled. Haha!

Well it turned out to be lots of fun in the end. At Hólmasel Farm we were greeted by two guides – one American and one German (unfortunately I can’t remember their names.. for some reason I forgot to note them down >.< ). It was dusk by the time we arrived.

We were fitted with huge jumpsuits – to go over everything we were already wearing e.g. waterproof pants (to my British friends, read: ‘trousers’), jackets, etc – as extra protection against the wind and cold we’d be experiencing shortly. And yes, the jumpsuits did kinda smell like ‘dog’……haha. You were wondering, no?? 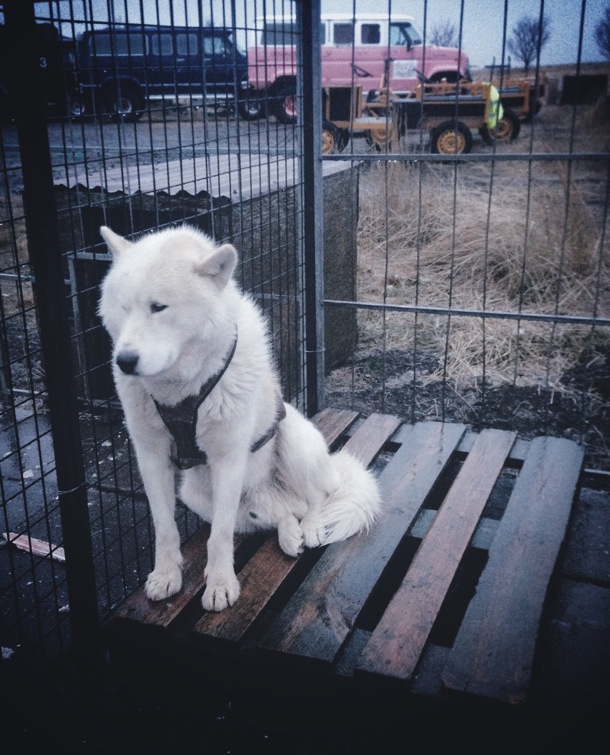 The first part of the tour saw us being introduced to the dogs on site. The dog team consists mainly of the Greenland Dog, formerly known as the Eskimo Dog (the ‘original husky’). They are powerfully built, strong, hardy dogs with thick fur that prevents frostbite. They also have the Alaskan Malamute, and, unintentionally, some hybrids.

The dogs are all systematically named using the first letter of their names as a marker for which generation they were born in. For example, dogs born to parents whose names started with F would be given names beginning with G. 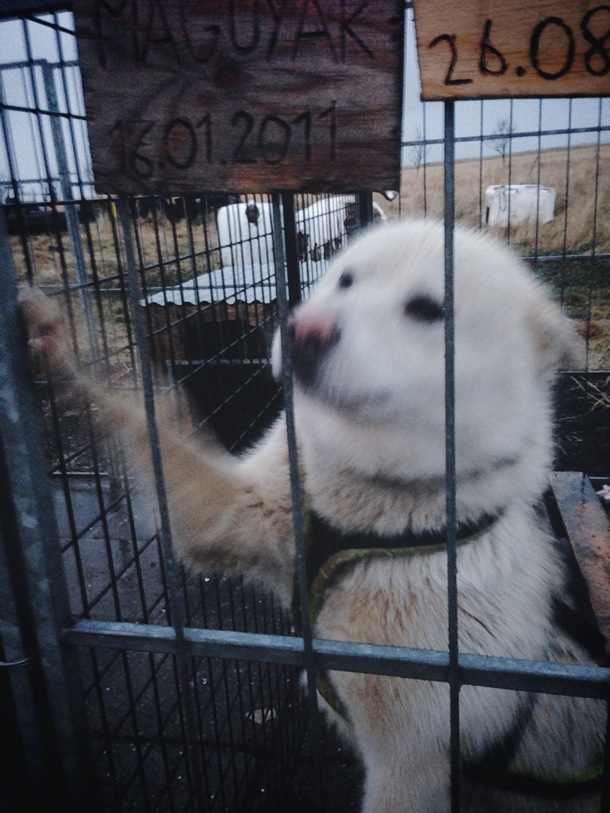 This is Maguyak and he’s almost two years old!
The dogs were feeling a little down as they were dying to get on the snow but  it wasn’t snow season (yet). 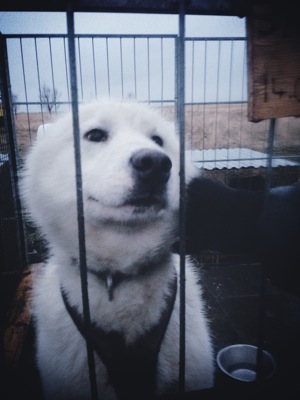 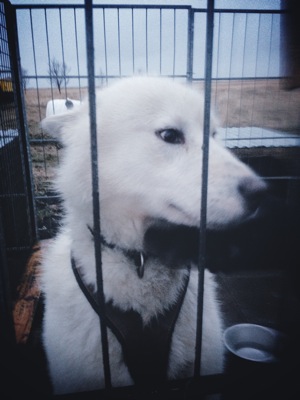 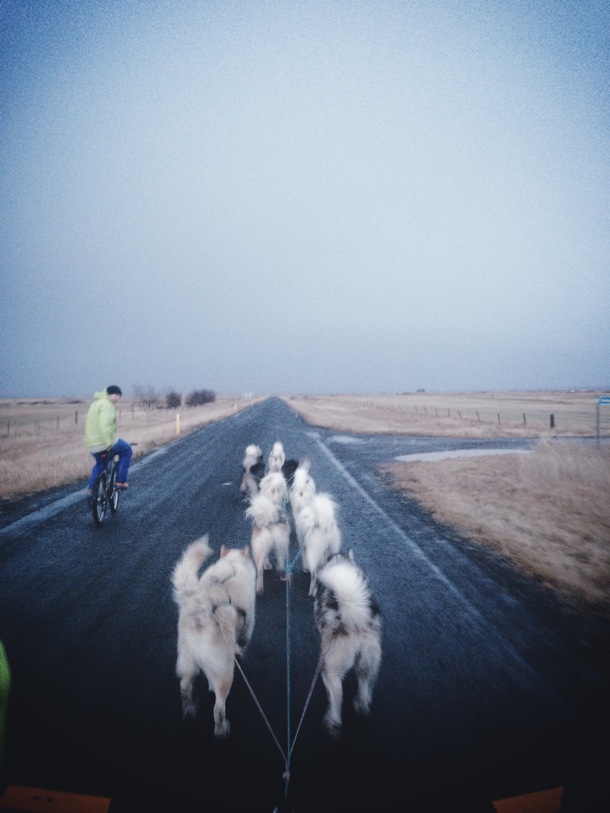 This is one of the only photos I took (via my iPhone fitted with Aquapac) during the ride as the light was too low and during the second half of the journey, I was about to be windchilled into an ice block.

There were two guides with us the whole time, one on the kart (the musher) and the other on a bike staying ahead of the kart with the dogs. Those dogs were really clever! They listen for and understand instructions to stop, accelerate, turn left/right, and so on. After some observation, you could tell which dogs were the lazy ones (and hence why they’re not lead dogs).. they’d be the one cruising along not pulling much weight and dragging their feet a little. You could also tell which ones were were more obedient/brainy.

There were 6 adults (although SOME people might say I’m half-an-adult -_- ) on the kart. I was surprised at how much power the dogs had! Although.. I have to admit that once I got used to the speed, I was willing them to go FASTER. I kinda wished there was a boost button.. like in those car-racing movies/games.

At the halfway point, the dogs had a rest stop and I got the opportunity to HUG some of them. I’d wanted so much to hug a BIG DOG and especially sled dogs, ever since I first saw Balto (I’ve seen it a bazillion times since).

The following four photos were taken from the www.dogsledding.is website and edited by me. They document a similar experience to ours that evening.. but with less clouds :p 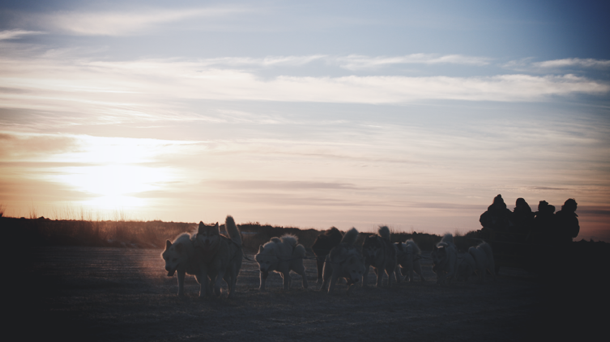 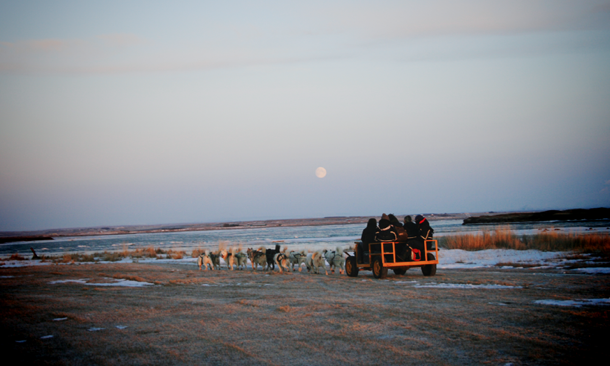 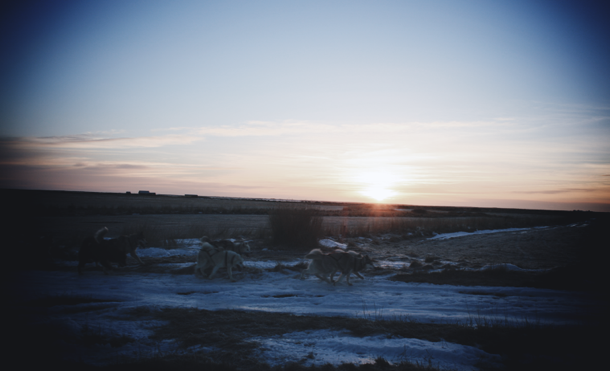 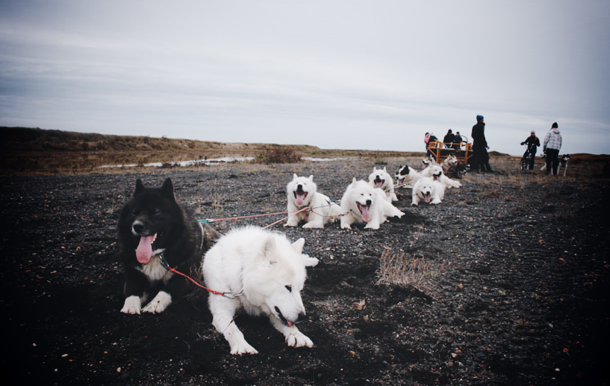 It was completely dark when our ride was over. We de-suited in the barn and had a hot chocolate each to warm up. With marshmallows. God damn it was freaking cold out there!! 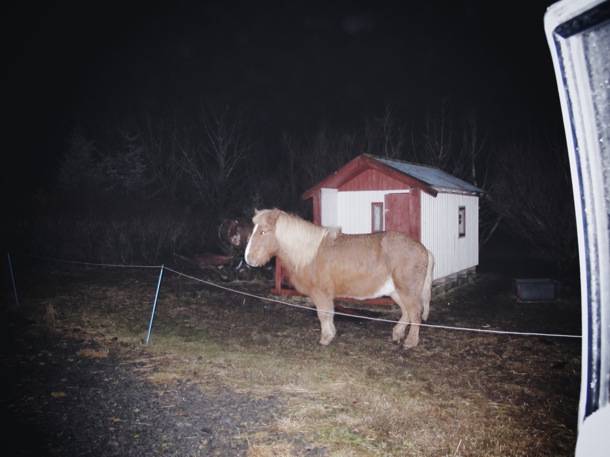 There was an Icelandic horse nearby.. someone snapped a quick photo hehe. Doesn’t it look so funny and cute at the same time?

Our next stop was Volcano Hotel, which is on the way to Vik, the closest town to it.

Here are some photos from our diesel refill stop. 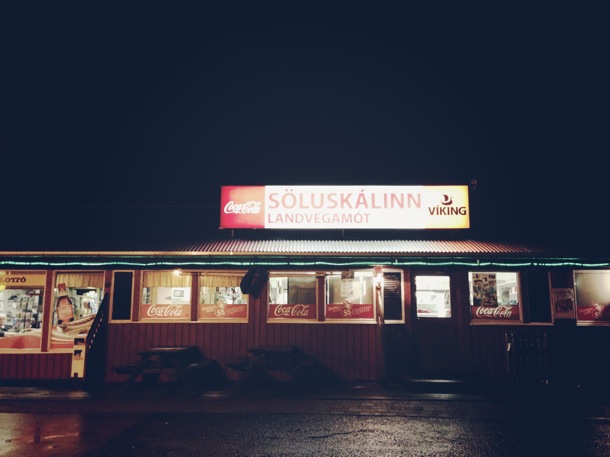 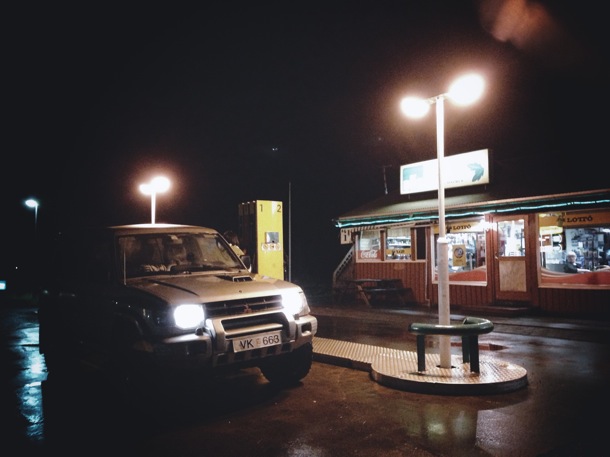 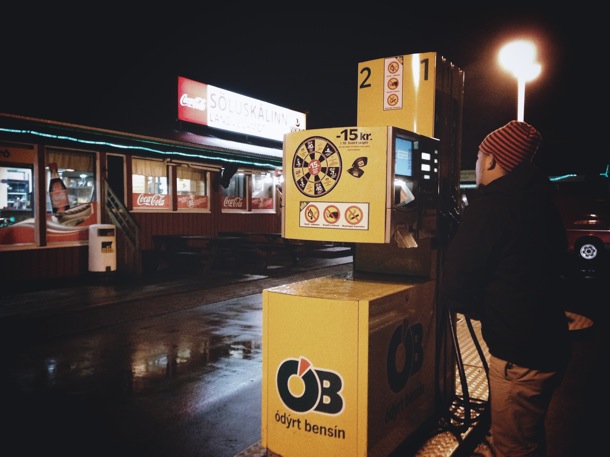 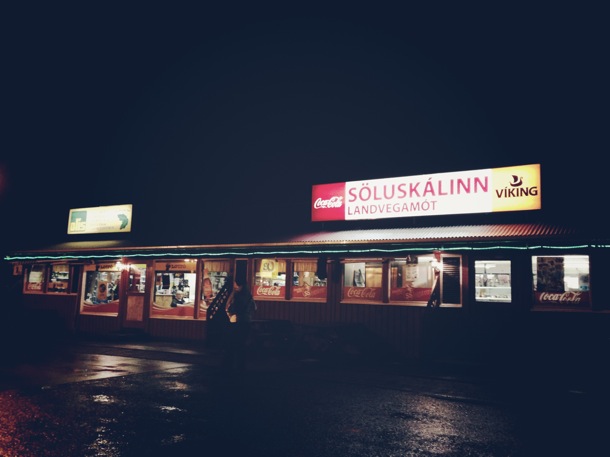 On the way there, we saw some faint, streaky white lights in the distance to our left. I won’t mention names so as to not embarrass a certain person, but this person was SO convinced that those lights were in fact THE Northern Lights that he tried very hard to make us believe it too. Turns out, it was actually Skógafoss Waterfall with some spotlights shone towards it (as it’s a tourist attraction) -_-

Watch out for my next Iceland post.. it’s gonna be a super awesome one!

I’m in love, how cute are those dogs! They take so much looking after, I think if I every won a heap of money I would get one. They need space, and sadly I have none. This looks amazing! You lucky lady x