A couple of weeks ago when my sister was here visiting, by some super fortunate stroke of good luck, I managed to nab us two tickets to the Harry Potter Studio Tour in Leavesden for entry within a week.

She was SO happy. Because the night before, we were both going on about how we ‘just wanna die‘ cos there were NO tickets left until September and she only had one week left in her London visit.

First, two pics of what I wore that day: 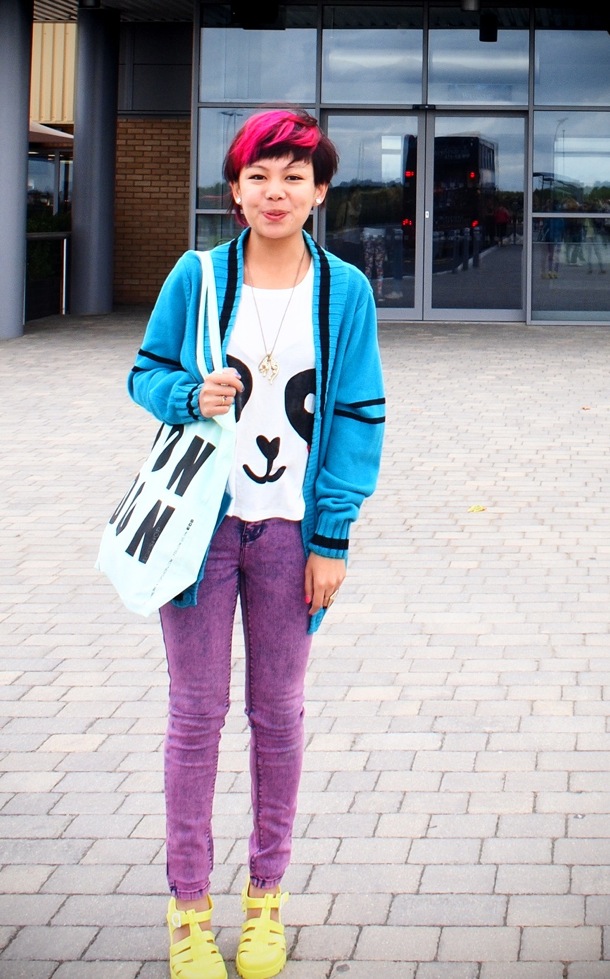 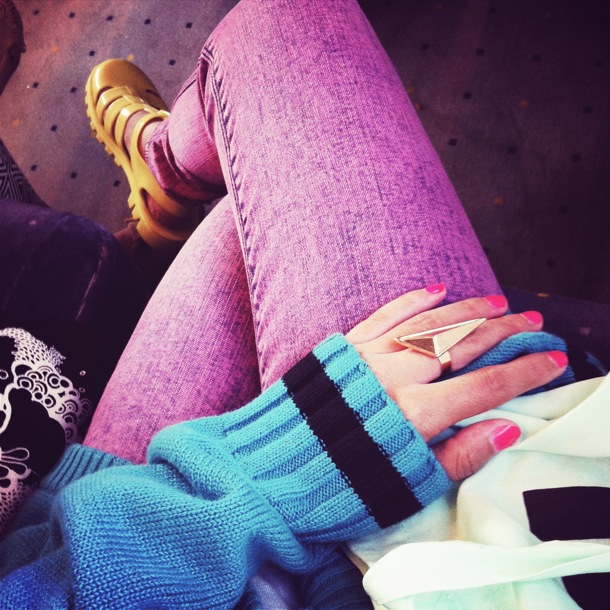 My ring is from one of the stalls along Brick Lane. 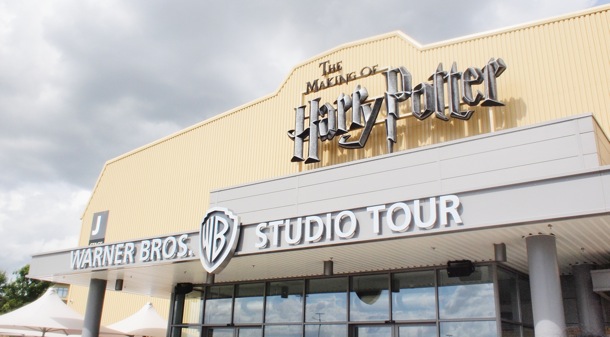 The closest train station to the studio is Watford Junction, which can be accessed via National Rail or the London Overground. There is a designated ‘Harry Potter Bus’ that goes from the station to studio twice an hour. You can’t miss it – as it has Harry’s and other characters’ faces plastered on it.. as well as the words HARRY POTTER STUDIO TOUR) 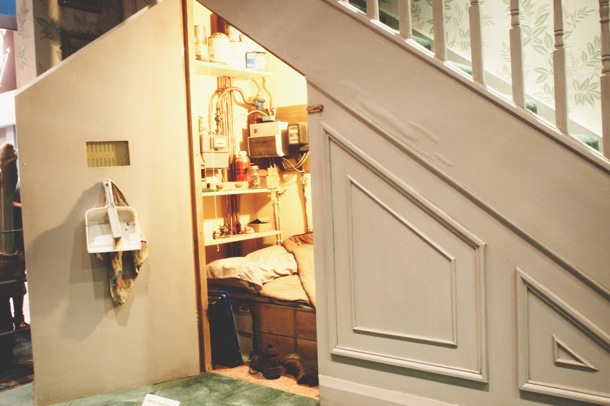 As you snake around the queue to enter the studio, one of the first sights you’ll see is Harry’s ‘bedroom under the stairs’. It’s cute! I would spend one night there.. just one..

All children are also given a little booklet on which you can collect cool stamps from specified checkpoints throughout the tour.. but if you want one even though you’re NOT a kid, you can request it from a member of staff.

Obviously, I did this, and I HAD A GREAT TIME RUNNING UP TO ALL THE CHECKPOINTS TO GET MY BOOK STAMPED. Sometimes, I’d run faster on purpose just to beat actual kids to it and then they have to wait for me.. Haha! 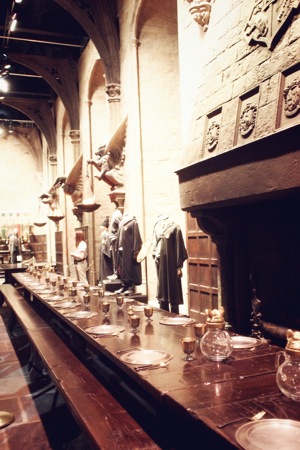 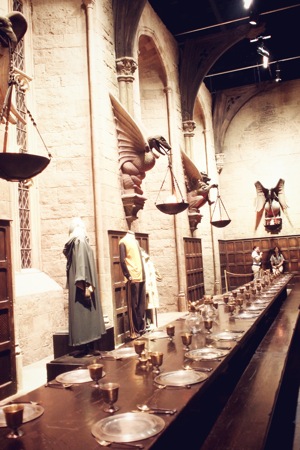 The great dining hall. I thought it was rather TINY in real life…… damn those special effects. 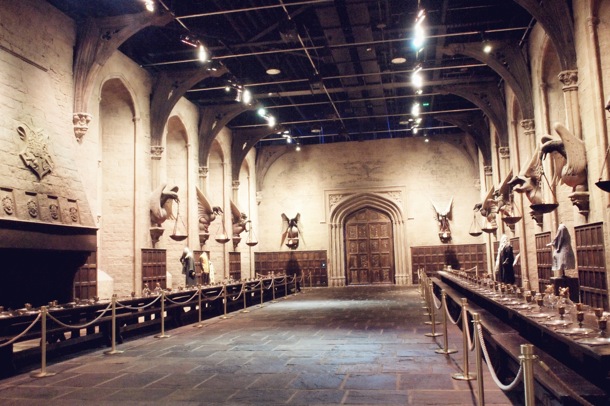 Also, there were no bazillion floating lit candles to be seen near the ceiling. 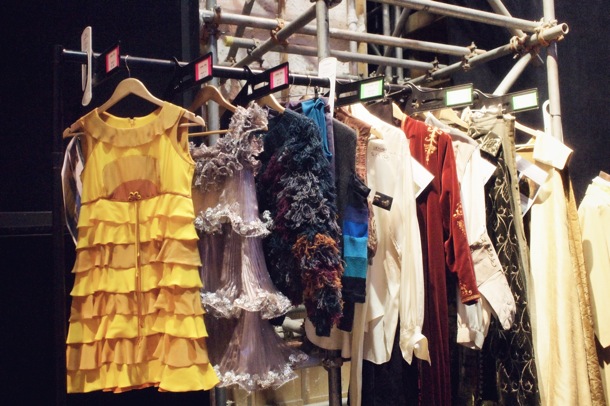 A costume rail. The three on the left side are for Luna Lovegood – I think she’s probably my favourite character! 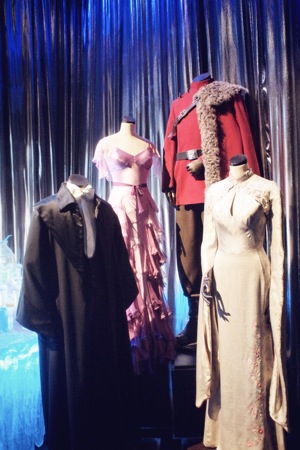 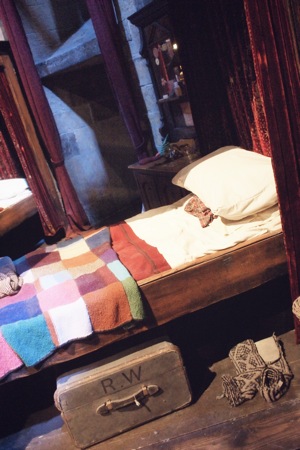 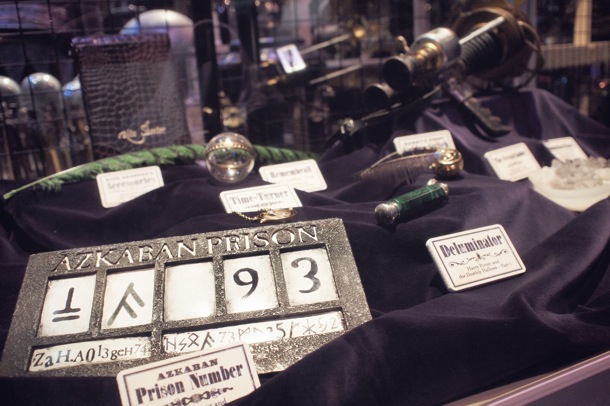 Some props really were SUPER AMAZING to see.. like you know that giant door with all those snakes on it. That is REAL it actually WORKS.

There were so many things there that were designed and crafted and mechanised just for the movie. Many things that I thought couldn’t be real functioning items.. but WERE. 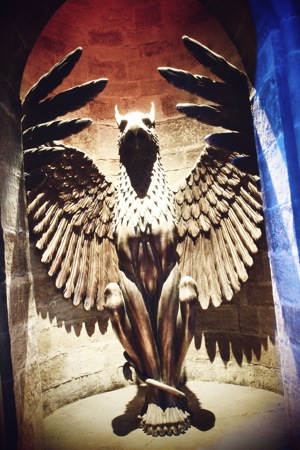 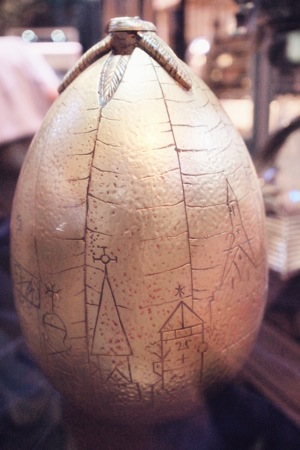 Like this egg. It ACTUALLY opens up into a number of separate ‘petals’ to reveal.. something inside. I can’t remember. 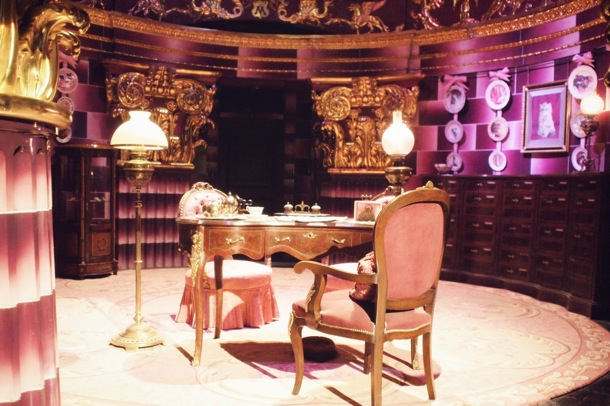 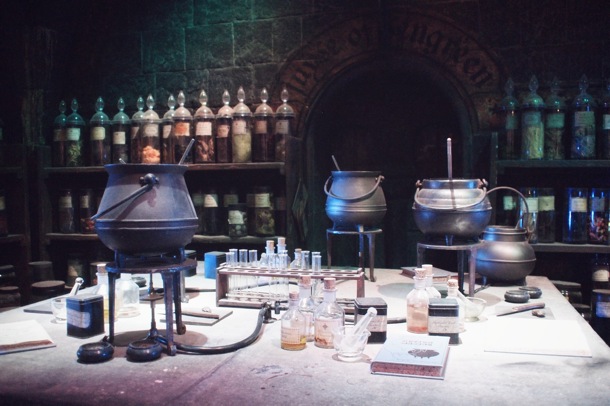 One of my favourite sections was, predictably, a big wall display with all sorts of NAUGHTY SWEET TREATS AND FUN COLOURFUL THINGS in it. 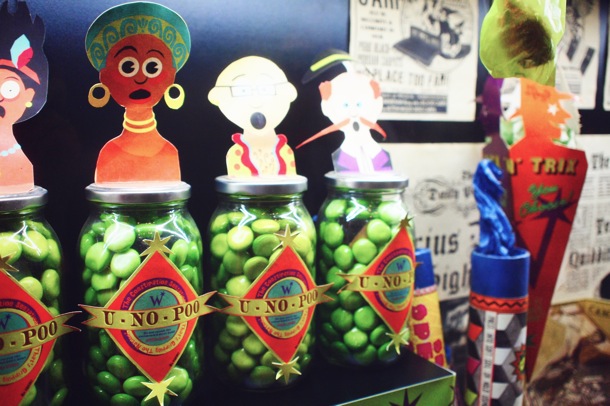 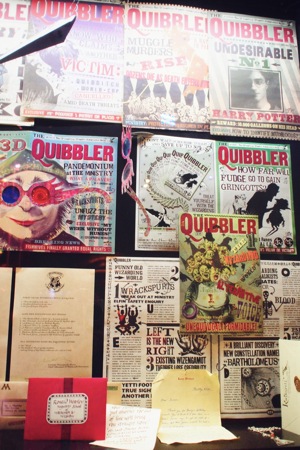 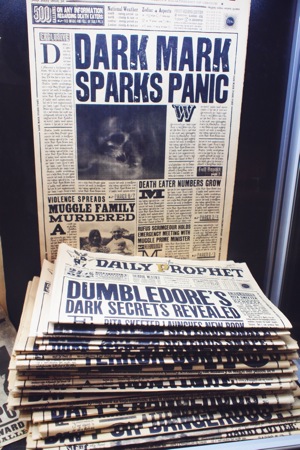 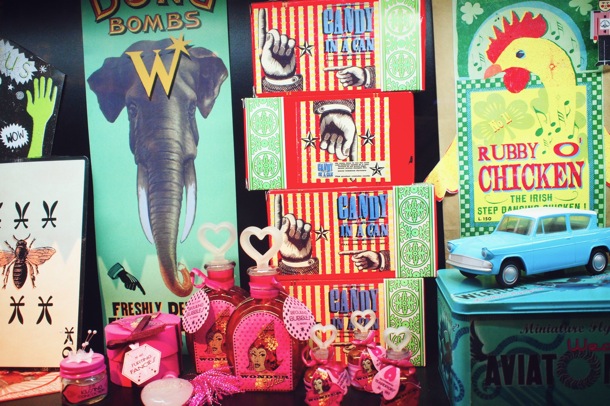 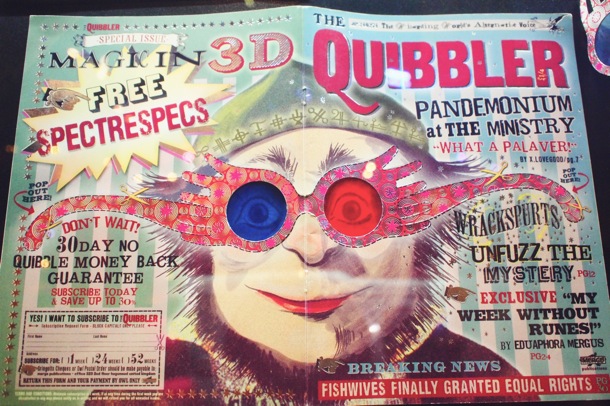 I WISH I COULD OPEN MY OWN NAUGHTY THINGS SHOP!!

I have lots of ideas for naughty things.. but obviously I can’t say them here in case someone STEALS them. 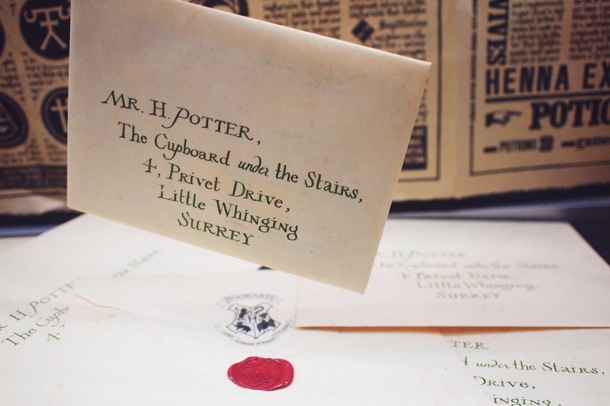 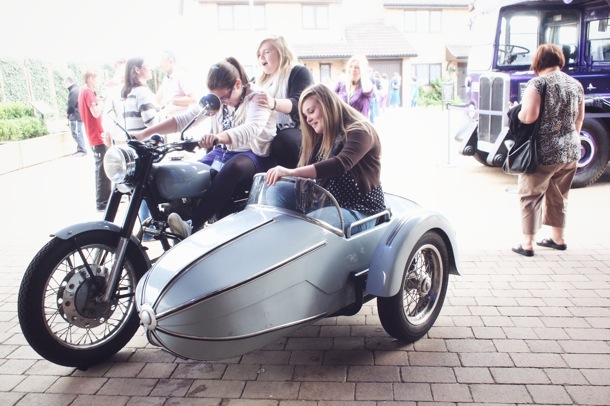 I wanted to have a go sitting inside this fancy-looking contraption, but these bozos were in there for so long taking turns in each and every position possible, that I lost patience and gave up. 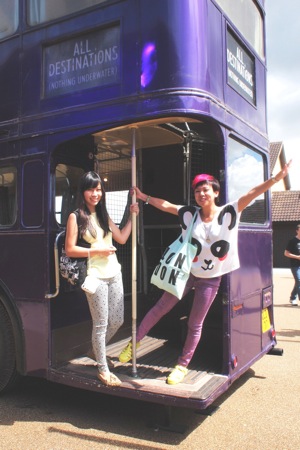 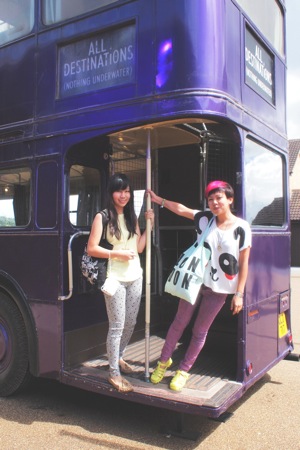 The triple-decker Knight Bus. To be honest I didn’t really think this bus was cool..  It was like a giant rectangular eggplant with windows. 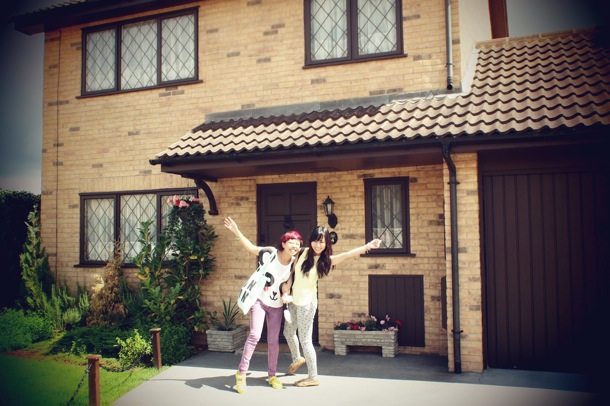 Outside No.4 Privet Drive. 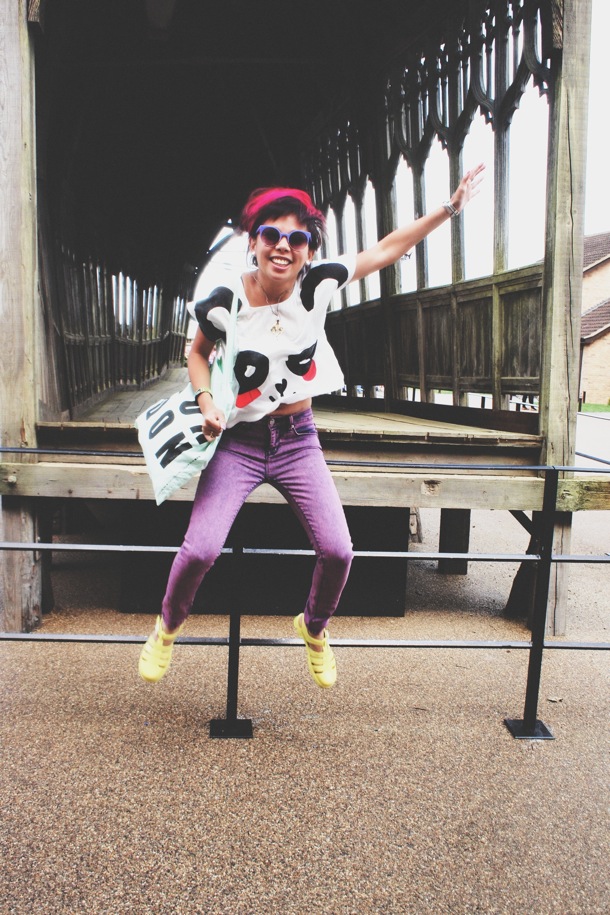 Me jumping outside that bridge that connects the castle grounds to.. you know that place they go to have their first butter beers.. Ha haha 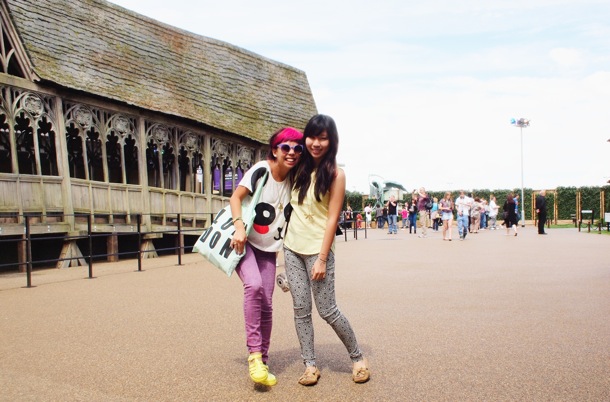 Me and my sister, Jane. 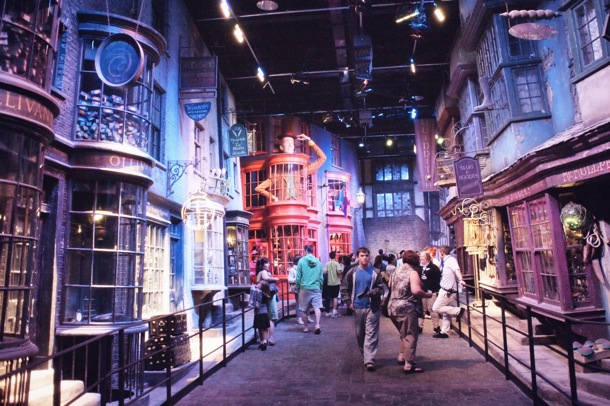 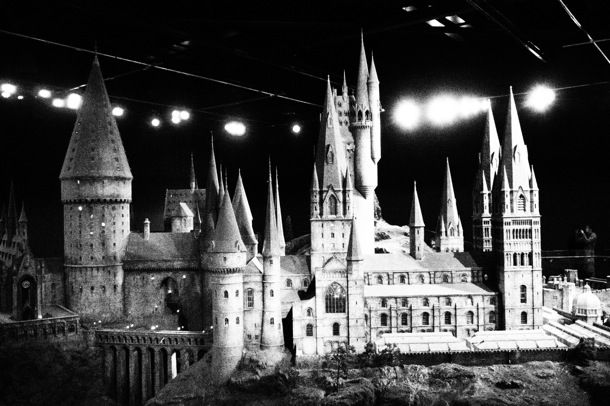 Towards the end of the tour, you will encounter a very detailed  and rather large model of Hogwarts Castle. Then you’ll be compelled to take a thousand photos of it, from every possible angle within 2m, because it is just so amazing and you wonder what kind of human beings are capable of creating such a thing.

Harry Potter doesn’t do magic.. it’s ALL THE PEOPLE working behind the movie who are magicians! They’re insane!

All the photos in this post reveal only a tiny FRACTION of what you can actually see in the studio. If you want be truly marvelled at human intelligence and creativity.. definitely GO to the Harry Potter Studio Tour.

Adult tickets cost £28 each and can be bought online here.

Awww I have virtually the same photos AND I am itching to accompany friends who haven’t been yet. I didn’t do the digital tour, might do that next time. I didn’t ask for one of those passport things but my sis is still a child so she managed to get one and it was fun helping her stamp everything!! Too bad you didn’t get to sit in Sirius’ motorbike. My sisters and I had a quick turn on it…it was so much funnnnn!! I’m glad I went to it!

Oh, my.. The inner Harry Potter geek in me is turning green with envy! <3 You have the most colorful EVERYTHING!

i love your photos! if you don’t mind me asking, what camera are you using?